While the central relationship between leads Gabriella Pastore and Ja’ness Tate is as cute as can be, the adults who they investigate might be a bit much depending on the family.

As summer hits, Lulu (Ja’ness Tate) and Gabby (Gabriella Pastore) have a lot of free time on their hands. So, with break-ins happening around their neighborhood, Gabby convinces Lulu to join her in an investigation. One that leads to more than your usual neighborhood rumors being shared and something beyond what the dynamic duo should be handling alone. 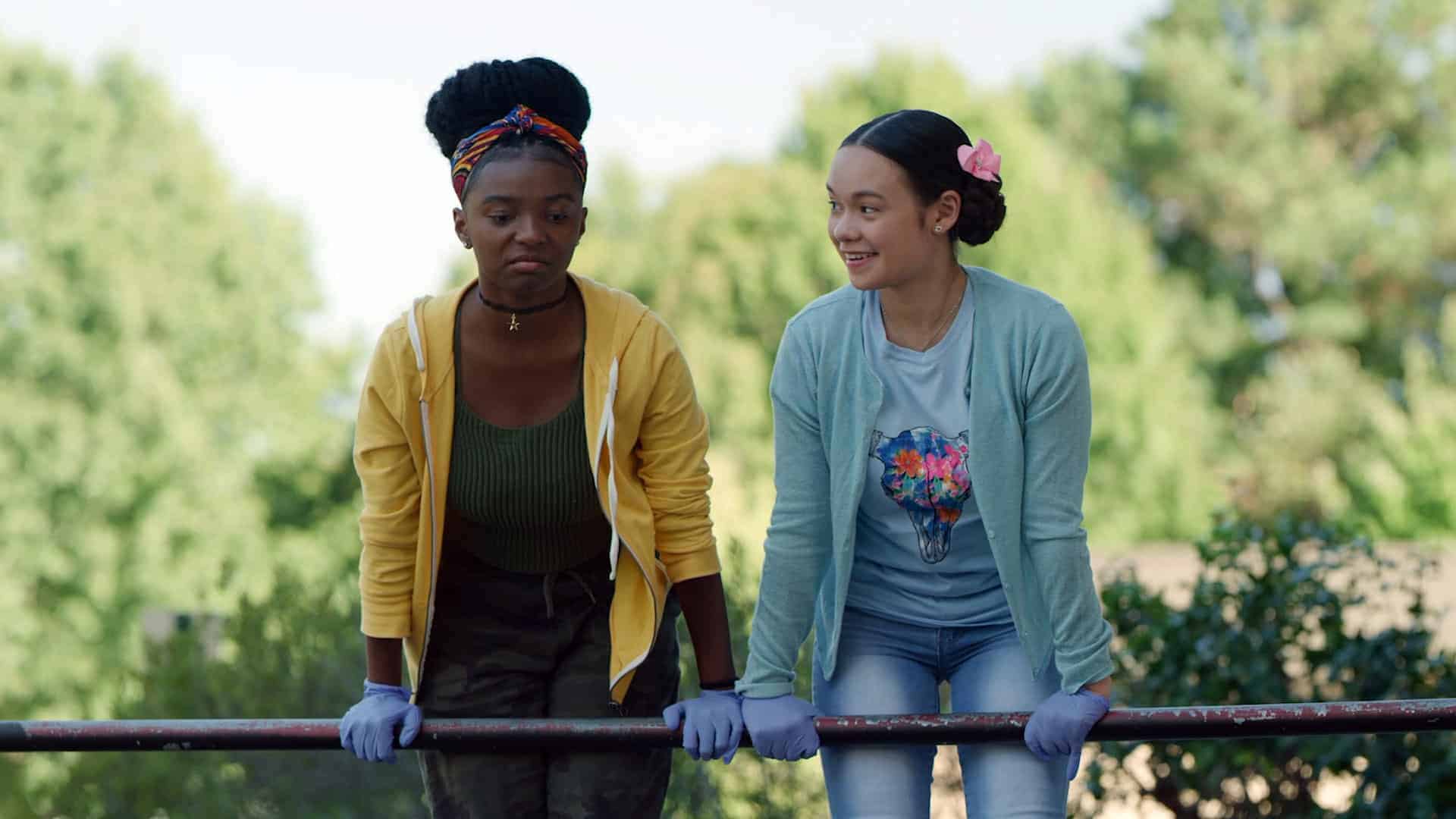 While singing and playing her ukulele is one of Lulu’s favorite past times, being in the business of her neighbors and solving local mysteries is a close second. Even if her mom wishes she’d stay out of grown folks business. Lulu’s best friend who is dealing with her dad remarrying and Lulu bringing her into schemes that could get them in trouble. Though, once she is in it with Lulu, often she takes things beyond Lulu’s initial interest.

What you have to love about Gabby and Lulu is that their friendship is balanced. Gabby is the one who has the memory, and Lulu has gut instincts. The combination allows them to bear equal weight in the investigation and, while not always subtle, you believe their discoveries are realistic. Making it so you want to see more cases from the dynamic duo and get to watch them rub some adults the wrong way.

You May Find It Inappropriate For Certain Children

Note: in the film, there are many conversations, characters, and scenarios that, if you aren’t liberal when it comes to the entertainment your kids consume, it could raise a red flag. Some of it is just eyebrow-raising like Gabby knowing a neighbor smokes and grows weed or the dialog in which some of the white characters use ebonics in a way that deserves a side-eye. However, then there is someone waving a gun around our leads and some of the characters either being stereotypes or being seen as stereotypes.

With that in mind, just be prepared for how the leads talk about a Hispanic character, a Black character who doesn’t fit in their suburban neighborhood, and how some Black characters could be seen as borderline offensive. Mind you, depending on where you’re from, they may seem as normal as the summer is hot to you. However, they could come off as ghetto as cast members from a VH1 reality show.

One of the prime examples are the owners of a cupcake store. Both of them, a married couple, are vibrant and definitely memorable. It’s just they also come off a little hood, if not ignorant. The husband, just to give you a taste, speaks to a man who is a bit effeminate and jokes with them about whether they should call them “bro” or “sis.” Which, depending on how you are, could be a thing worth noting or not a big deal. 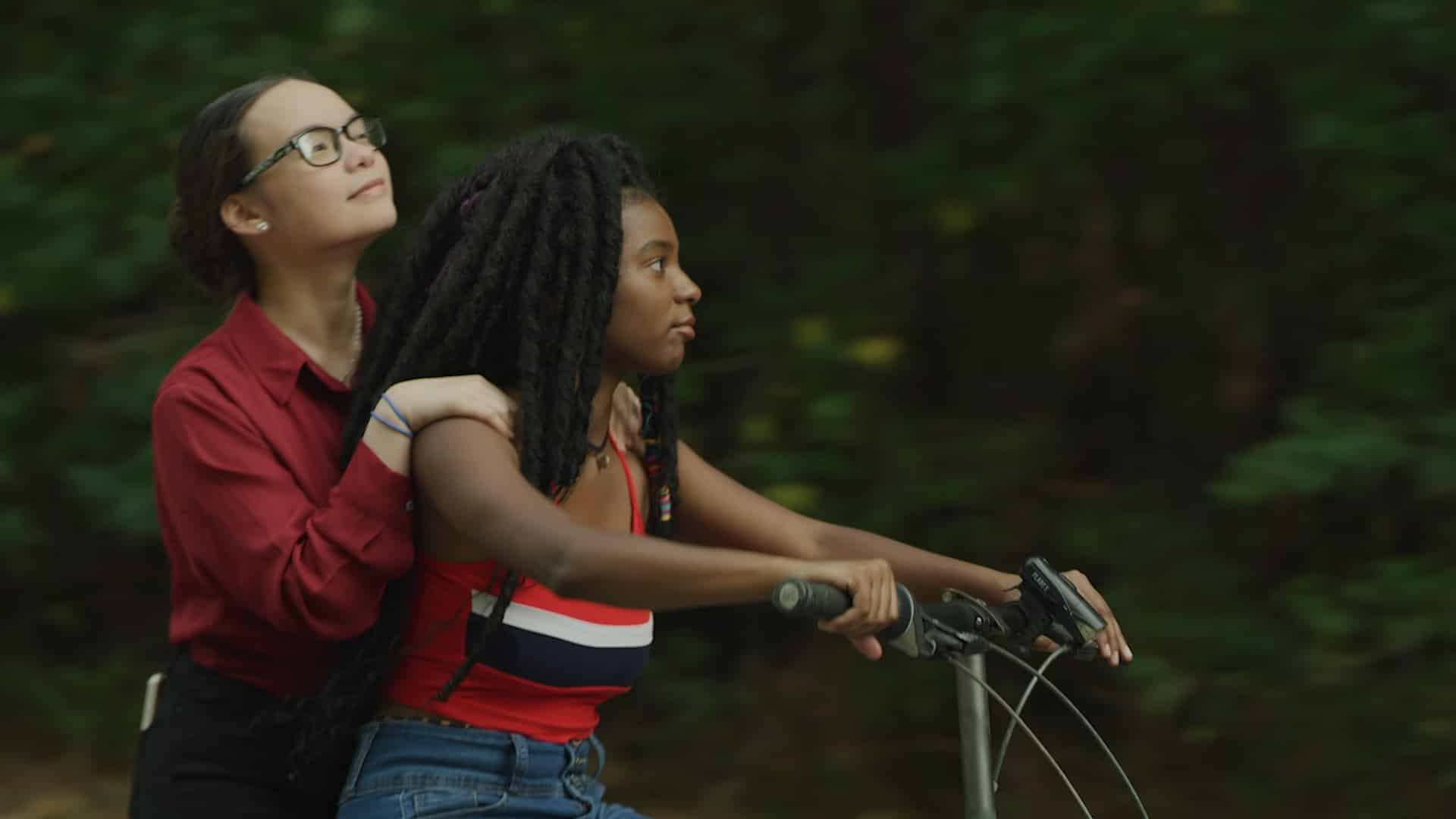 When it comes to “Hidden Orchard Mysteries: The Case of the Air B & B Robbery,” the only issue you may have is that, in the pursuit of comedic moments, and characters having a personality, the film may give you pause. However, if you’re not sensitive to hearing white people elongate and put an accent on saying “Girl,” or seeing and hearing Black folk who may not be politically correct, or appropriate for young kids, you’ll enjoy this film.

Hence the positive label. For while, yes, sometimes we had to side-eye a few moments, usually, the girls are checked when it comes to their prejudice, and the awkward moments can be funny enough to forgive them. So though maybe not for an impressionable child, if you don’t necessarily feel you need to explain certain situations, or the kid you may watch this with is mature enough, prep for a good time.

You May Find It Inappropriate For Certain Children - 75%

[...] while, yes, sometimes we had to side-eye a few moments, usually, the girls are checked when it comes to their prejudice, and the awkward moments can be funny enough to forgive them.