Dr. Bird’s Advice For Sad Poets is draining, beautiful, yet a reminder that there is no instant cure or end to the struggle of making progress. Sometimes just an occasional reprieve.

16-year-old James struggles with anxiety, abandonment issues, depression as well, and with his sister, Jorie, his confidant and best friend, disappearing, he is all alone. Well, technically. He does have a friend in a boy named Kwame, but James is the quiet introvert to his sexualized extrovert. And as for the rest of James’ schoolmates? Well, until his sister left, he was but a ghost to them.

This includes Sophie, who initially talks to James to get poems Jorie’s usually contributed to the school’s quarterly magazine “The Conundrum.” However, as time goes on, it appears she could be James’ first love. Though with Jorie gone, James’ anxiety getting worse, and his dad’s utter refusal to find him professional help, so comes the question if James is ready for love? Especially when he can barely deal with everyday life sometimes?

Opportunity is not a lengthy visitor.
— The Baron

You need to be able to celebrate yourself first. Then, you’ll find someone else who can celebrate you.
— Dr. Bird

16-year-old James is a young man who not only struggles with anxiety and depression but a certain level of dependency on his older sister Jorie, and his father’s utter refusal to get him professional hope. So, he turns to Walk Whitman and a pigeon in order to counsel him and him deal with anxiety attacks and the aftermath of Jorie’s disappearance.

Jorie is James’ older sister who has been gone for a month as of the beginning of Dr. Bird’s Advice For Sad Poets and seemingly no one knows where she went or why. James believes it is because of Carl “The Brute” striking her. However, at school, rumors swirl, and none of them are positive.

A Ghanian immigrant, whose parents are divorced, and because of this, it seems Kwame doesn’t really believe in love. So, the extroverted young man messes with people in relationships and charms whoever he can for however long things remain fun for him.

One of the editors of “The Conundrum,” a school paper, who used to work with Jorie on publishing her poems. But with her gone, and with a major award that could be gained thanks to the next issue, she is interested in Jorie’s whereabouts, and while she originally speaks to James to learn more about Jorie, she takes an interest in her colleague’s younger brother.

A former Navy man who now runs a sushi restaurant that is struggling. So, it seems he takes out his frustrations on his family.

An artist that appears to have given up her life so that she and Carl could have a family.

One of Jorie’s eccentric friends known for his lavish parties.

A leader of a sex cult that James encounters on his journey to find his sister.

The Evolution of Carl “The Brute”

When we meet Carl, James, and Jorie’s father, he is painted as “The Brute.” This cruel man who makes everyone miserable and should be hated because he takes out his failures in life on everyone. However, halfway through the movie, we’re reminded that all James knows is the perspective of his mom, Elly, who can be passive-aggressive, and the few moments he saw. And with James having an actual conversation with his dad, he realizes he has never operated from a place of truly knowing his father.

The man he thinks is a brute is, very much like his mother, dealing with a dream deferred that eventually died because it no longer seemed to be an option. So his father’s frustration comes from sacrifices he has yet to see pay off and being old school in terms of not seeking therapy or talking about his issues. Rather, like many men of his age, they sought a vice. Which for Carl was anger, and while we aren’t trying to justify Carl’s actions, as much as Dr. Bird’s Advice For Sad Poets is about James, Sophie, and Jorie, it’s hard not to extend some sympathy to Carl as the film goes on.

Sometimes the idea is pushed that if you just had that one thing, life would be good. Be it your parents stop fighting, getting a girlfriend, or, in James’ case, finding his sister. However, Dr. Bird’s Advice for Sad Poets doesn’t operate like that. It presents the idea happiness is a reprieve as you go through your journey, but it isn’t something permanent. 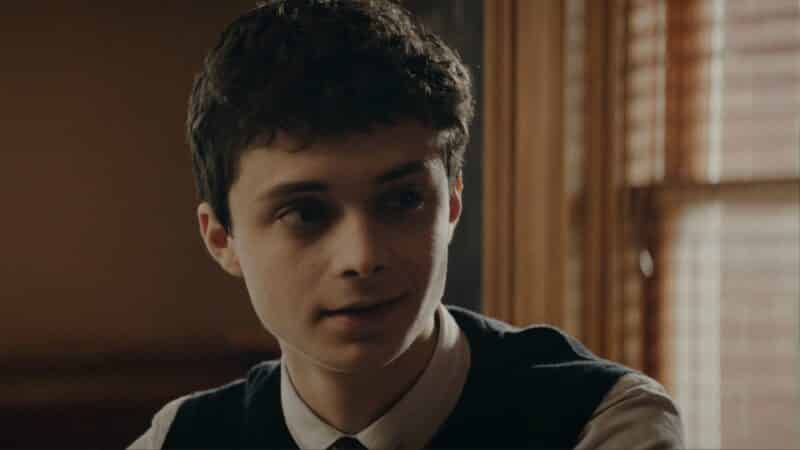 Now, mind you, this isn’t to say you can’t maintain some sense of happiness or its cousins, like validation, fulfillment, or purpose. It’s just, while the initial feeling is free, maintaining it requires work. And sometimes that work, that hill you have to get over, it is going to make you question were the good times worth it to be doing so much?

Take James’ journey. He loves and adores his sister, but she has him traveling all across the state, even to New York City, hoping that she isn’t with some cult, being pimped, or even dead. Also, James’ first love in Sophie is an emotional rollercoaster as many experience with their first love. For if it isn’t outsiders, like James’ friend Kwame, trying to push James to do and say things before he is ready, it is trying to read a person’s thoughts or overanalyze their actions in order to understand them without talking to them.

And even towards the end, when James has learned so much and seems to be finally getting the help he needs, Dr. Bird’s Advice for Sad Poets reminds you that what happened to James, good or bad, didn’t fix him. Granted, it didn’t break him either, but it also won’t make him well-adjusted and perfect. His struggles will last a lifetime, and while he has and will continue to learn to manage them better, he will never be anyone’s vision of perfect – even his own.

You could easily write off Sophie as being a love interest made to help James grow as he learns about relationships, looks for his sister, and comes of age. However, towards the end, Sophie pushes back on that. Leading to a reminder that, as shown with her trying to work things out with her ex-boyfriend, be with James, and figure out who she is while trying to make other people happy, she struggles too. It may not be what James struggles with, but her role in life isn’t to be the crutch and catalyst for others. 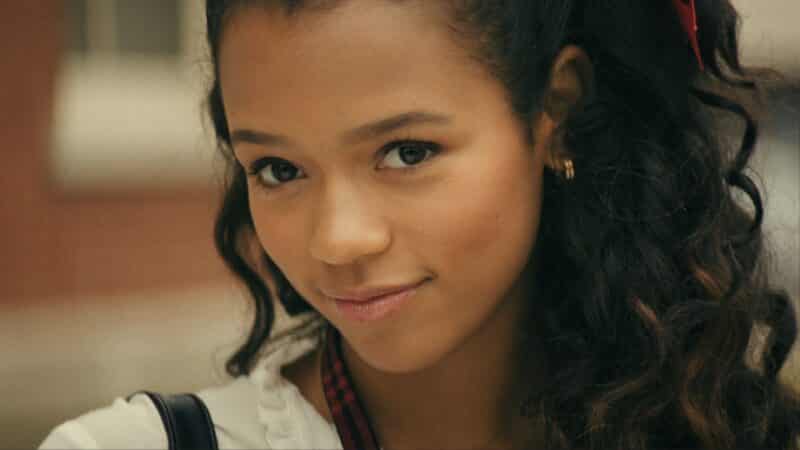 And it was in that moment that you are forced to take note of all she went through with James, before James, and even if nothing was really pushed upon us, like what Sophie does at The Conundrum and what she may want to do in college, it doesn’t make her less human. It’s just, perhaps, James was so absorbed in his wants and needs, he didn’t ask. Thus, what we don’t know isn’t because James is our protagonist, but because his fantasy of Sophie didn’t allow her to be more than his vision of her.

One of the issues you may develop for the film is thinking Jorie isn’t crafted to be interesting enough to justify all James goes through. Yes, you recognize that’s his older sister, he loves her, and her absence caused a void, but her importance is mostly on paper. We see them as children, with Jorie consoling James, but what has she done for him as a teen beyond attending his 14th birthday party? That isn’t said. Heck, considering how much he learns about her while trying to discover what happens, it makes you wonder if they are still even close?

Then when you add in all of Jorie’s eccentric friends and associates, while it was entertaining at first, like The Baron’s Croquet Club Champagne Social, by the time you get to “The House of Clover” and David Arquette’s character “Xavier” shows up, Dr. Bird’s Advice For Sad Poets feels like it is overstaying its welcome. Making it so when we learn of Jorie’s fate, it is a massive letdown, even when all the pieces come together and the situation begins to make perfect sense.

The main thing which drags down Dr. Bird’s Advice for Sad Poets is Jorie. Though she is part of what pushes James to become more than a fly on the wall, or Kwame’s best friend, she ultimately is a letdown, and a lot of the journeys James goes on to find her become less and less entertaining as time goes on. And while Sophie joining him does keep the situations from becoming an utter bore, after a certain point, Sophie’s relationship with James pushes you to want the film to be about that and Jorie’s situation to be resolved sooner rather than later.

So why is this rated positive rather than mixed? Simply put, it is because James’ life doesn’t become perfect once the film is over. Knowing who his father, sister, and mother truly are, doesn’t change things. Fallin in love gives him new experiences, but while James did grow, it didn’t make his life happy go lucky. Mind you, is he as mopey as he was when the film began? No. However, in Robert Frost’s words, “Happiness makes up in height, for what it lacks in length,” and while James is obsessed with Robert Whitman, it is the words of Robert Frost that best sums up James’ journey and the film.

In the end, Jorie is dancing in some New York underground LGBT club that her boyfriend seemingly owns, and Elly knew where she was the whole time! In fact, she encouraged her to leave and seemingly is living vicariously through her daughter. For with Elly feeling trapped in her marriage; she wants someone happy. But, mind you, it is because of Elly that Carl not only moved out into the suburbs but also ended his military career to open a sushi restaurant for Elly! 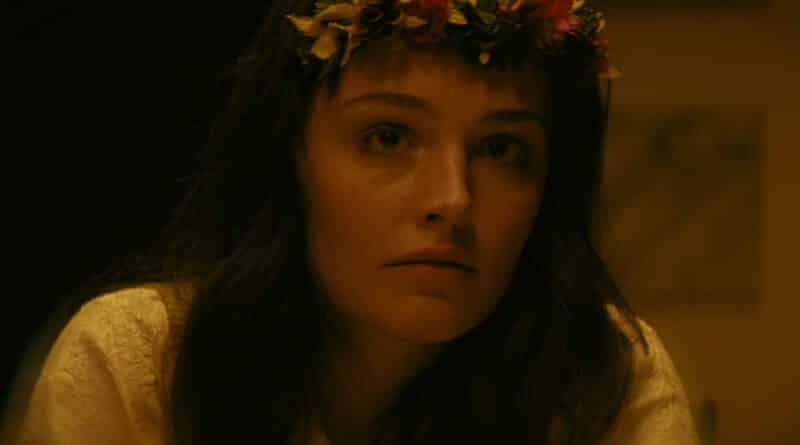 James’ family aside, after abandoning Sophie in New York, their relationship ends for she is just starting to feel that she was too much of what makes other people happy, and that’s stalling her growth and her getting to know herself. But, James and Sophie do end things amicably, and with him contributing to The Conundrum, a dynamite piece, she paves the way for James to win over someone new.

But with James just getting Carl to allow him to go to therapy, his anxiety makes this new opportunity cause an attack. Leaving us to hope, like Sophie, this girl will give James a certain level of grace.

With James only being 16 and just having his first love, there is a lot to explore alongside finally getting therapy. Be it what he learned from Sophie, James having his first time, learning what he wants to do in life, and so much more. There is learning more about Jorie’s life in New York and with James pushing Carl to get therapy, seeing if he takes him up on that and maybe deals with his level of anger that seems to be giving him high blood pressure.