“Cut Throat City” has noted performances from T.I. and Terrance Howard but, as for the rest of the movie…

Blink, Andre, Junior, and Miracle have been friends for a long time. Andre even notes he has been friends with Blink, real name James since he was in kindergarten. And it is because of this, their lives are entangled, so whether it is hanging out while Junior talks about raising pricey dogs, or being two-bit drug dealers together, they do it all together. But after Hurricane Katrina hits, things change.

Mind you, the friend group remains strong, but the problem is the money has dried up, and, as before, there aren’t that many legal opportunities to bounce back. Add in FEMA is very selective with who gets what, and it pushes everyone to go deeper into the criminal element of New Orleans and hooking up with ‘Cousin’ Bass. Someone who decides the boys, taking note of how many and how hungry they are, can rob a casino for him. Thus setting off a chain of events that leads to people dying, cops and city councilmen getting involved, and a push to understand how desperate things were, and maybe still are. 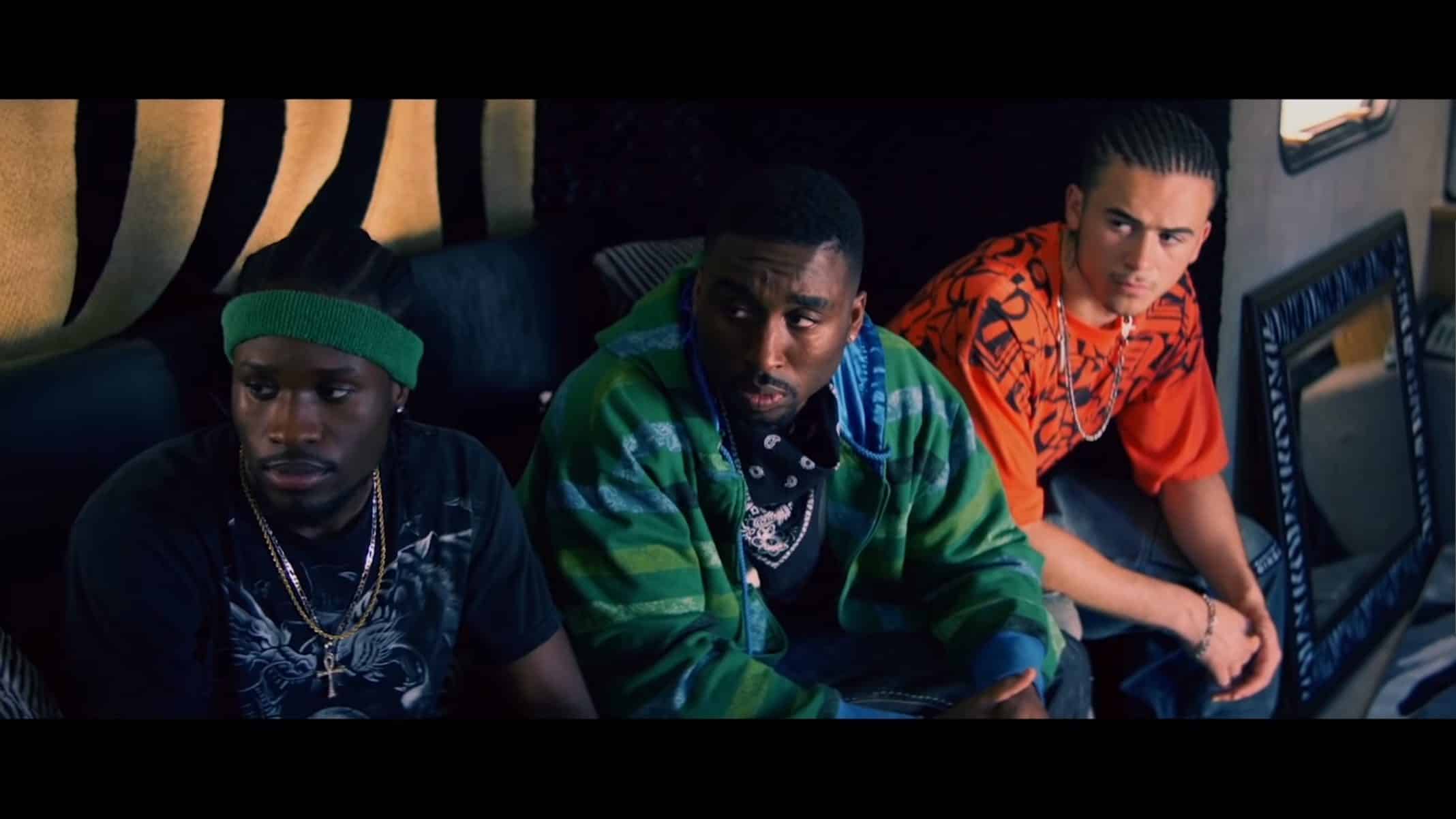 An artist since he was young, with an associate’s degree from Tulane University, James, given the nickname Blink by his father, has the talent and the skill. The problem is, he lacks the opportunity, and because of that, the 9th ward feels as much his home as it does a prison. One he can’t leave, better, or do anything beyond the confines of what it offers and expects of him. 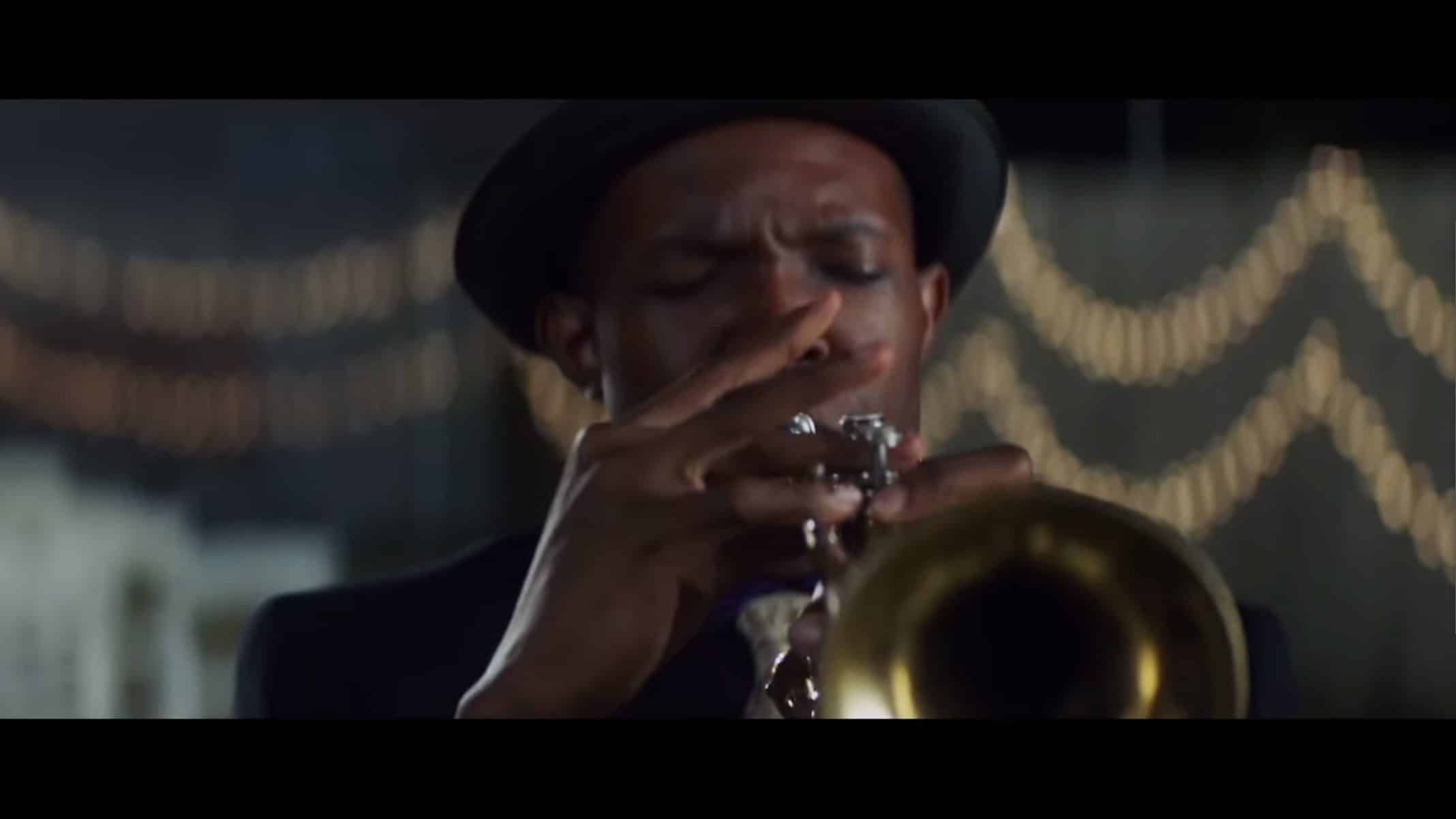 Andre has been Blink’s friend since kindergarten and has long had aspirations of becoming a famous jazz trumpeter. However, with Jazz not in fashion as it used to be, some are hoping he sets aside the dream to face reality.

Junior is the white boy of James’ crew who deals drugs like the rest, but his heart is set on breeding lucrative dogs to make his living.

When it comes to Miracle, you could say he has ambitions. Mind you, it is to become a rapper, who we don’t hear a single song or lyric of, or to move up in the drug game. Which makes him the reason things go south for the foursome.

Demyra’s cousin, who has really flourished in a post-Katrina New Orleans. Especially in the underworld.

The top dog of New Orleans underworld who becomes Blink’s crew only hope after an incident with Cousin.

James’ wife, who he has a child with, that is a nurse of some kind and is just trying to support her family and survive. 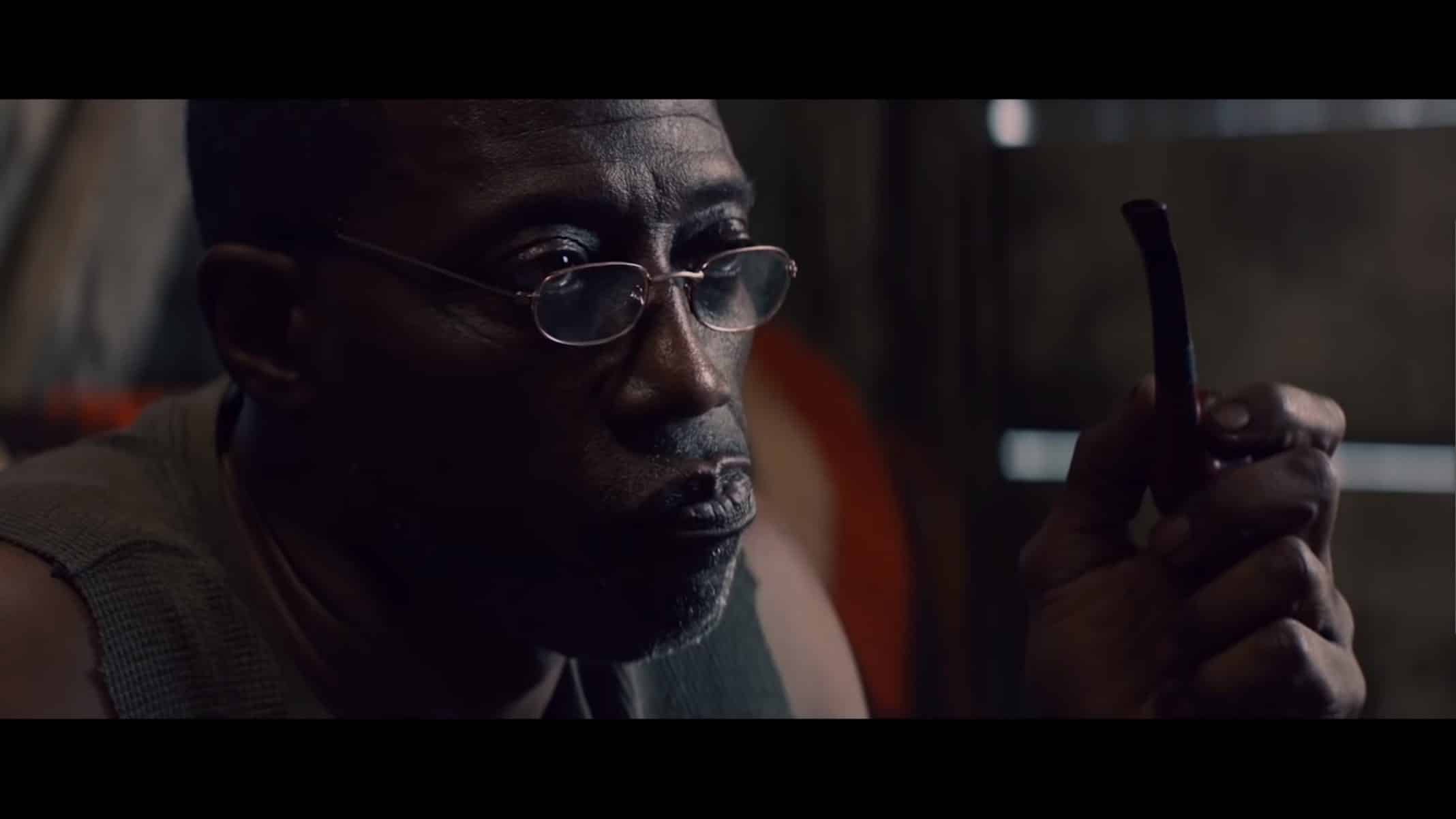 Blink’s dad who abandoned him and his mother and currently lives out in the woods and comes off a little out there. A detective, who also went to Tulane but got her bachelor’s, who ends up investigating the robbery James and his friends do.

A former cop turned councilman who Demyra knows, through taking care of his late wife, that is the key to James not ending up a statistic.

Sinclair is a pastor who also runs the local funeral home.

A corrupt cop who, to his peers, and those he sees as criminals, is an ass.

By no means is this film a comedy, but there are one-liners that can make you laugh, and just gangster s*** that makes you think T.I. and Terrance Howard need to be in another film together. For, on his own, T.I. brings what is expected, but adds a certain flair to Cousin that makes you believe Cuschieri wanted to tap into T.I.’s public persona to really craft a notable character. One that may not be iconic but definitely could push the idea there is untapped potential with T.I., despite him acting for quite some time.

Then, when it comes to Terrance Howard, while his role is relatively small, he makes his presence known, and you’re reminded why a notable portion of his top roles is him playing someone who is either an ass, callous, or sarcastic. For, at this point, that’s his comfort zone, and he does well in being someone who doesn’t really give a damn about nothing beyond himself, his money, and those who make him money. 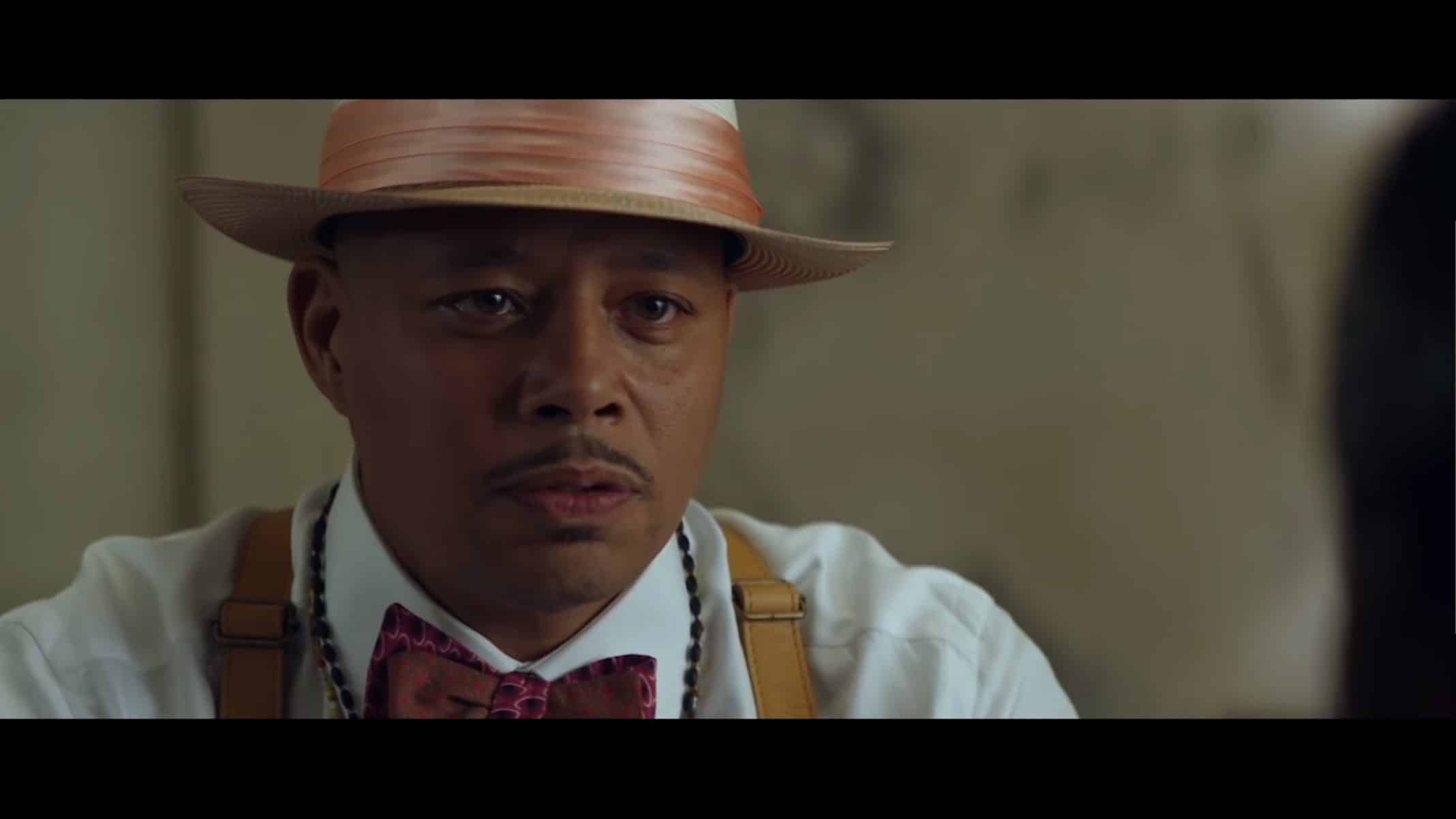 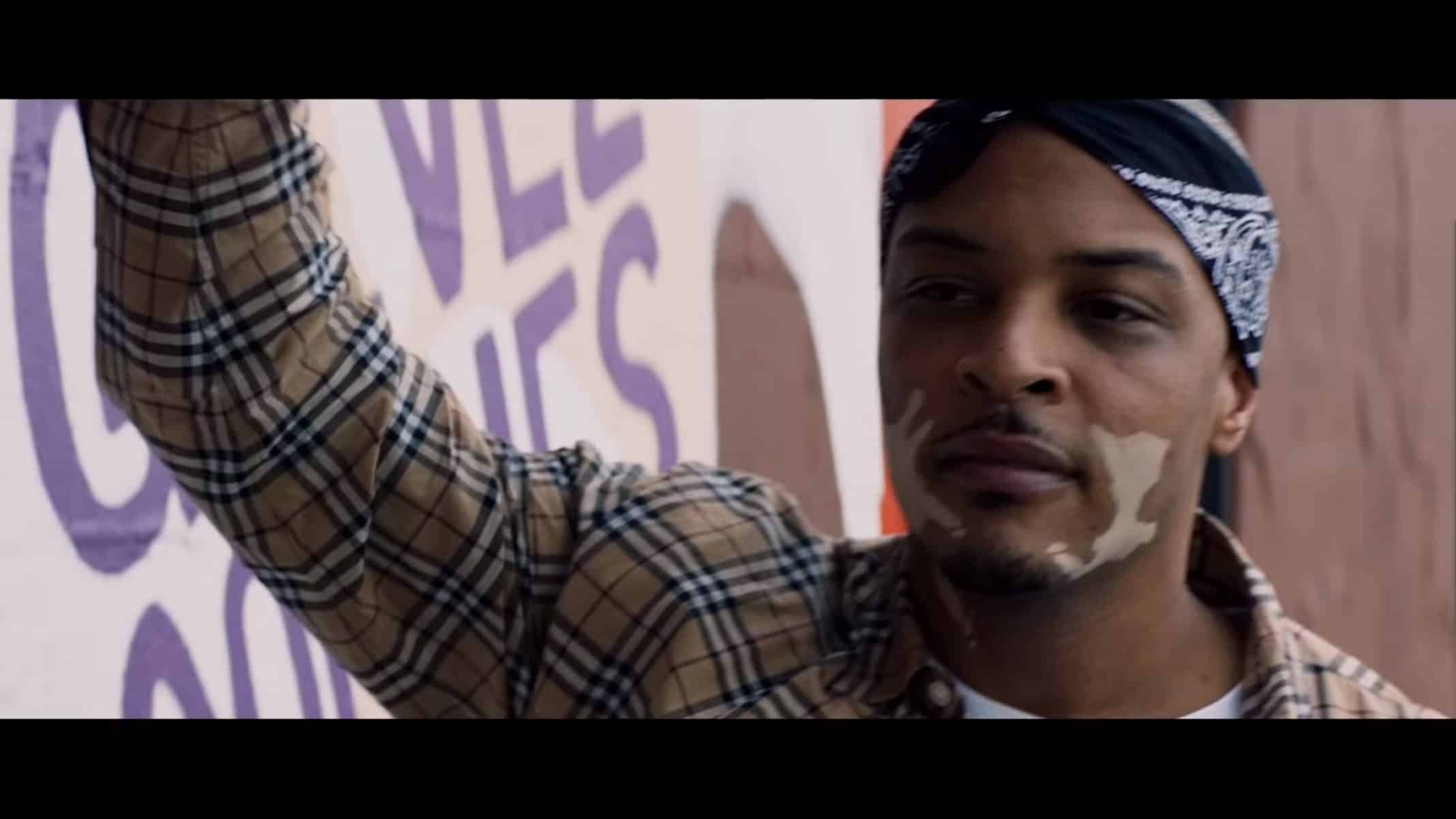 Understanding The Circumstances That Led To The Crew’s Downfall

While the story won’t pull on your heartstrings, beyond a reminder of how bad Katrina devasted New Orleans, and the gentrification which likely followed, enough is presented for you to understand the mindset of the leads. Be it Blink feeling that burglary would be the only way to support his family or Miracles’ theories on the government’s response. These are kids who, even with Andre and Junior having some hope of making a living, clearly recognize their dreams are either not coming or may not arrive until they reach a breaking point.

That in itself is the beating heart of the film because Blink is a talented artist, with a graphic novel done and ready to sell. Also, Andre is a talented trumpet player who, unfortunately, is born in a time when Jazz has value but doesn’t make the money it used to. And between lack of opportunity and the few there are having gatekeepers who won’t let them in, it reflects on not just the experience of these boys, but perhaps many who grew up in environments similar to them.

So, what are your options, really? Yeah, a minimum wage job is always available, but, like Chris Rock said in one of his earlier specials, the issue with minimum wage is knowing that, if the government didn’t enforce it, your employer would probably pay you less. Add on a minimum wage salary doesn’t mean simple and easy work, and it leads to looking for alternatives which, as seen with the group, aren’t legal but at least have promise. Some kind of upward mobility based on hard work and not kissing the right person’s behind.

Though, as shown in “Cut Throat City,” being ambitions doesn’t mean you may not need to know your place on the ladder. Never mind you got to be careful if you try to knock someone off to move on up.

Things Get A Little Confusing Towards The End

Towards the end, you almost see a “what if” or, “If only they took a different path” kind of ending. This, at first, may come off confusing, and lead you to wonder if what you saw was a part of Blink’s “Cut Throat City” graphic novel or not. And depending on how you see the fate of Blink and his crew, you can be left feeling that you didn’t necessarily get a definitive ending but rather something left open for interpretation.

Mind you, the film leans towards the worst-case scenario being true. However, if you are hanging onto hope for a happy ending, you may feel that you’re left with underserved ambiguity.

Demyra Not Being Much Beyond Blink’s Girlfriend

Demyra is your usual woman in an urban drama. Her life story is minimal. She is just someone whose role seems purely to suffer because the man in her life feels overwhelmed by the world. So, while he hustles and makes bad decisions, she struggles herself with not knowing where he is, what’s he doing, and not getting a whole lot of answers when she asks questions.

Things Don’t Hit As Hard As They Should

Despite how Blink and everyone’s life is established, you may not feel emotionally invested in anyone. Even with Moore’s talents, Blink just feels generic, as does his friends. And even as we learn about how his pop’s abandonment affected him and seeing him interact with Lawrence, played by the legendary Wesley Snipes, it doesn’t add depth. A lot of what we see in “Cut Throat City” feels formulaic or unnecessary. Like the inclusion of Ethan Hawke, and Isaiah Washington. 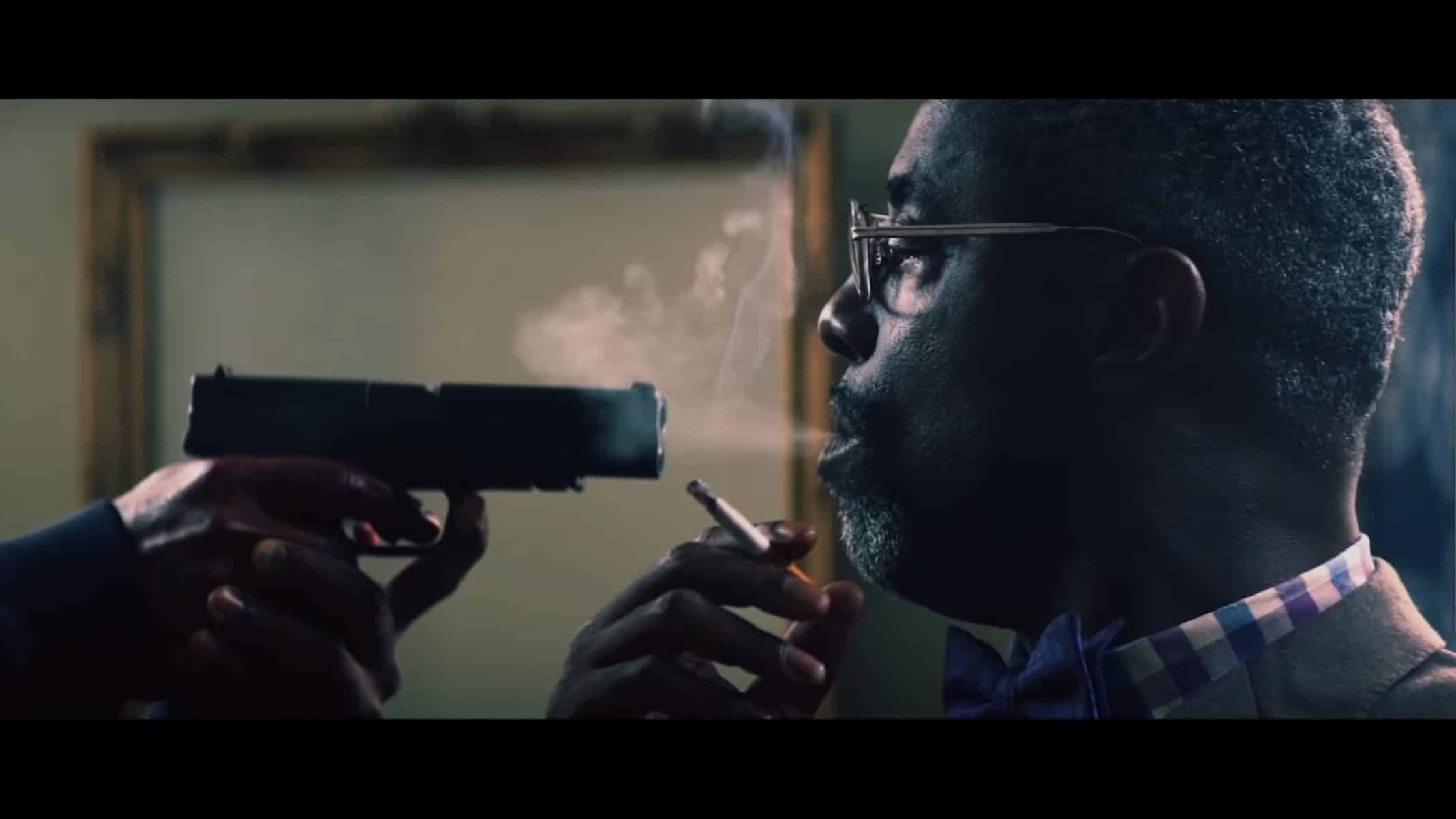 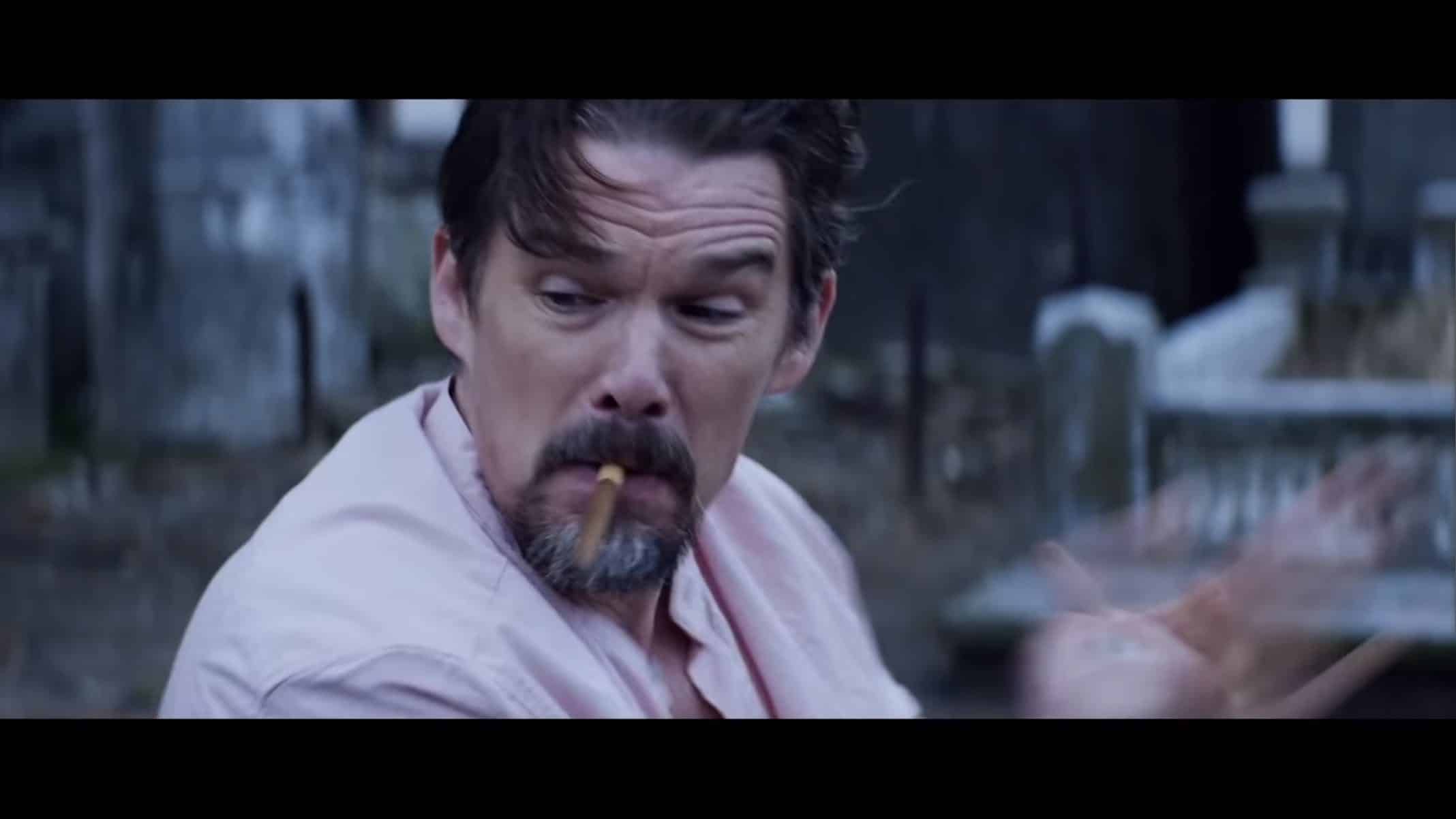 If, like me, you’ve watched films like “New Jack City” to “Juice,” when you see an urban drama, nevermind one that is two hours, you are hoping for something epic. A film that is emotionally stirring with memorable characters, lines, and has the potential to be a classic. “Cut Throat City” is not that. It’s a straight to the abyss of a streaming service kind of film with quality performances from T.I. and Terrance Howard, but everyone else is forgettable to the point of being interchangeable.

Hence the mixed label. For while you can sit through this with only checking your phone a few times, it isn’t something you must see.

In what is likely the real storyline, everyone from Blink’s crew is killed. Andre during their first heist, and then Miracle, Junior, and Blink himself when they try to rob FEMA. Also, Cousin dies by The Saint’s hand, in order to allow Blink and his living friends a second chance. This is seen as a favor to Councilman Symms, who used to work with The Saint and likely allowed him to become the behemoth we know.

Yet, as noted, Blink and his crew, despite the second chance, didn’t see anything change on their end. They still needed money and lacked opportunity, so they hit up FEMA. After all, with them denying Blink, and the feeling FEMA was more focused on pushing people of the 9th ward out, so the rich and white could gentrify, what better target?

Problem is, Miracle is forced to kill an agent, and cops arrive before they can escape. Thus, Miracle, Junior, and Blink die in the shootout. Though, to make matters worse, Blink surrendered and still got shot up. 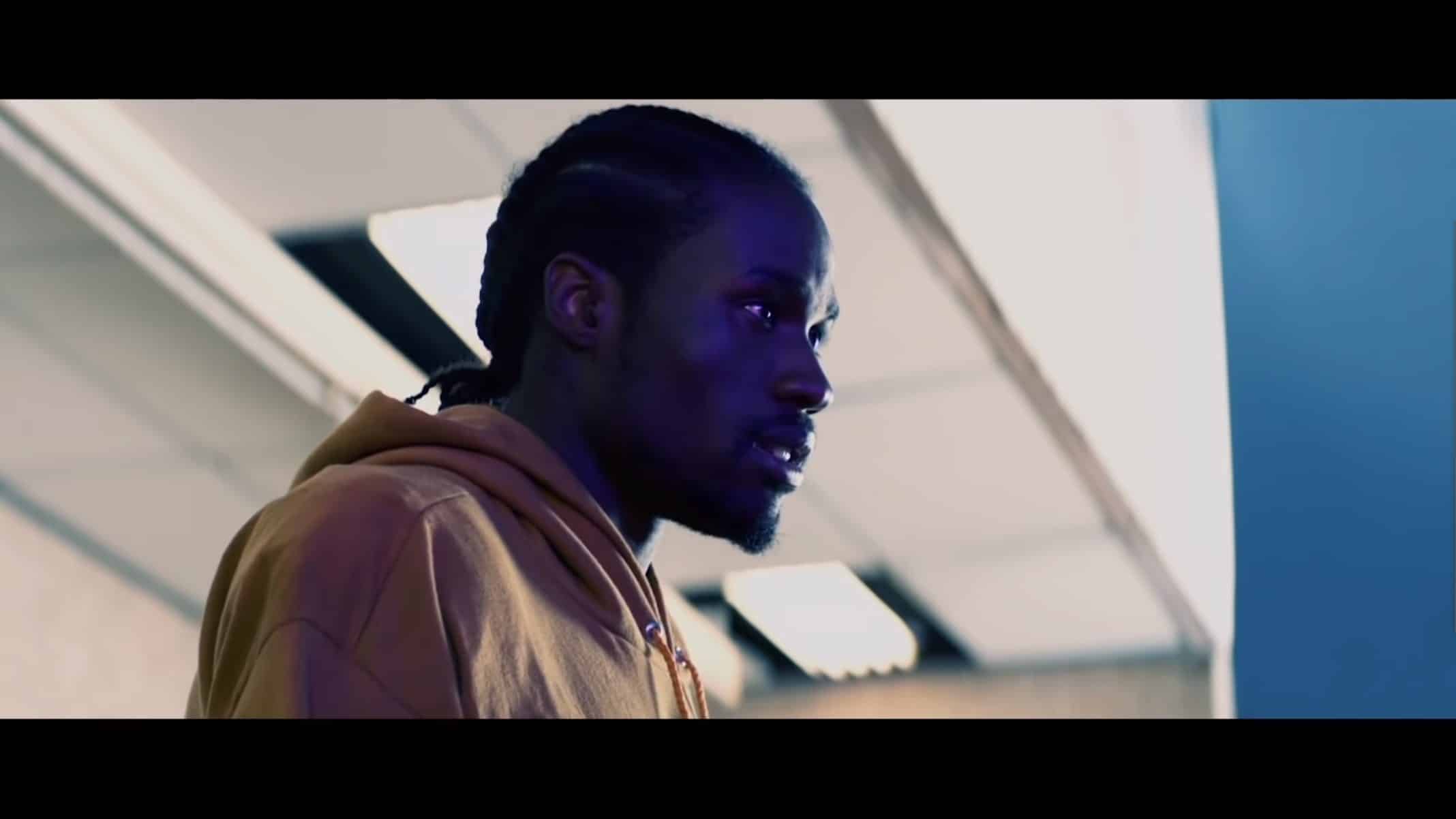 Which is what we believe is the real storyline of the film. The alternative is that Blink took his second chance, and despite Lucinda Valencia, a cop, knowing something fishy was going up, she let it go. Not just because she sees Blink is struggling but also due to her going to the same college. Mind you, when she was a senior and he a freshman, but still long enough to see his art in the school paper and to recognize his talent. Which makes seeing the release of his graphic novel, and maybe an art space, notable for both since with her giving him a chance, he took it and made something of it.

Councilman Symms murders Officer Courtney and installs Miracle, who is alive and well, in his place. Thus giving the councilman further control over the drug game and pushing the idea that, besides Andre’s death, a lot of what the movie is, that’s Blink’s graphic novel.

With the lead group dead, outside of following Demyra’s story, who is there to follow?

Understanding The Circumstances That Led To The Crew's Downfall - 82%

Things Get A Little Confusing Towards The End - 76%

Demyra Not Being Much Beyond Blink's Girlfriend - 73%

t's a straight to the abyss of a streaming service kind of film with quality performances from T.I. and Terrance Howard, but everyone else is forgettable to the point of being interchangeable.

I don’t think you watched this movie. You’ve missed a character and this says you didn’t see the end credits scene, which is why you think everyone is dead.

I saw it in theaters so either when the credits rolled I left, since after credit scenes aren’t a norm, or when it was released digitally this was added.

Either way, thanks for the note, we checked it out on Netflix and updated things.