Mix “Home Alone” with “Hanna” and a little bit of Hit-Girl from “Kick-Ass,” and you get the sometimes shockingly violent “Becky.”

At 13, Rebecca “Becky” has lost her mom and now has to deal with her dad, Jeff, roughly a year since her mom died, remarrying to a woman named Kayla. But, her dad remarrying someone ends up being the least of her problems as a nazi, Dominick, comes to her home looking for a key. Which he doesn’t do in any sort of stealthy way. For between there being a mile and a half to the next neighbor’s house and having at least 3 men with him, Dominick comes in swift and violent. Leaving Becky, who wasn’t there when he arrived, having to find a way to save and protect her dad, alongside the people he is trying to integrate into their family. Becky is 13 years old and recently lost her mom to what appears to be cancer. This was devastating for her since she was closer to her mom than dad, since they bonded over both being into arts and crafts. But, nearly a year later, on top of mourning her mom, she has to deal with her dad getting remarried, and that announcement coming on the same day an intruder threatens her and her family’s, lives. 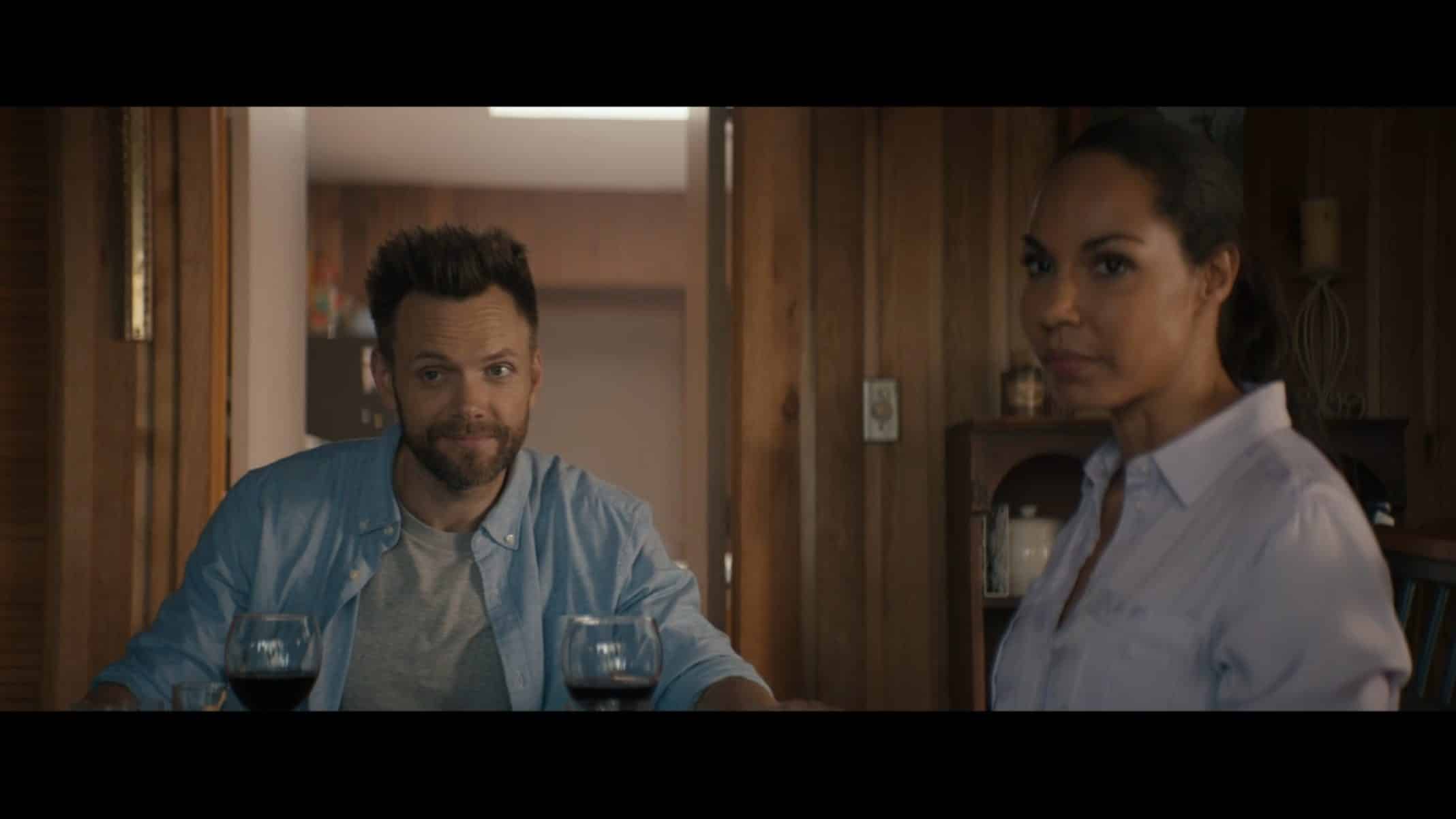 Becky’s dad, who often calls her Chipmunk, that is doing his best to not only meet her needs but fulfill his own. Leading to the reminder that you can’t have everything. 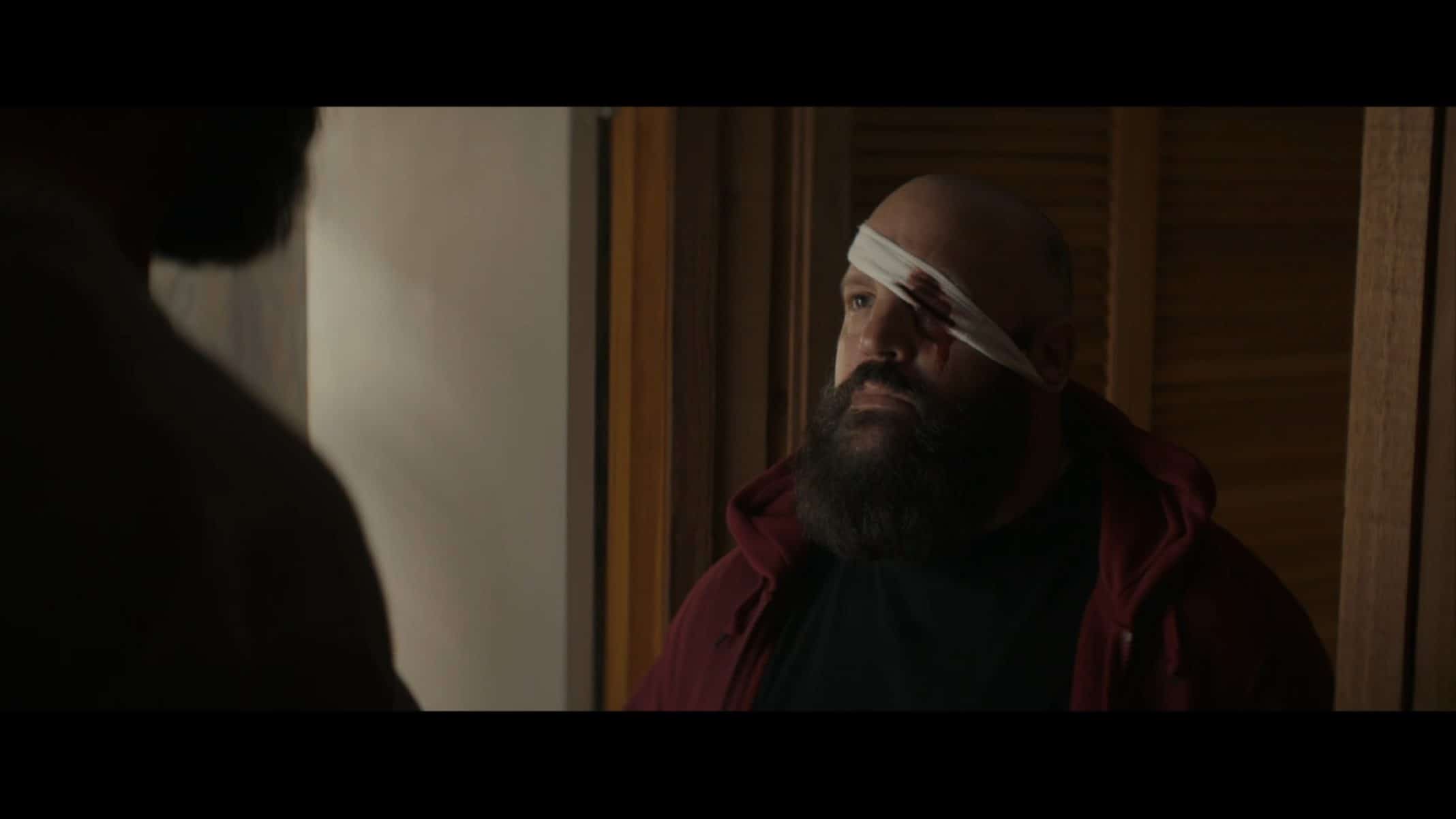 A neo-nazi who has a small crew, and uses them to bust out of a prison transport van in search of a key. One that seemingly will bring back the balance between the races. As for how? Well… 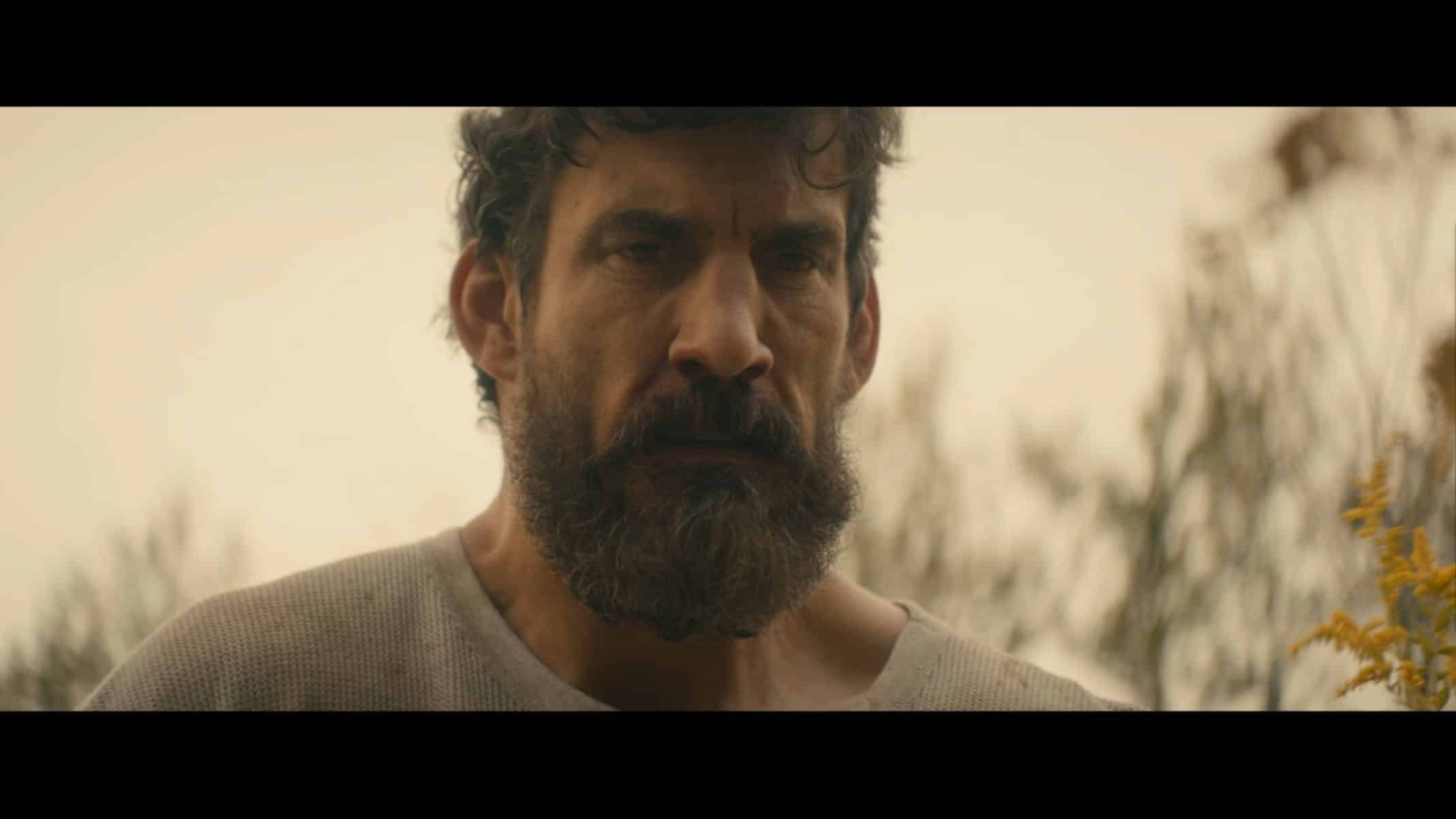 Dominick’s favorite henchman who is like a son to him. However, while as capable of violence as Dominick, Apex has a soft spot for children. So this mission having multiple children involved complicates his ability to live up to Dominick’s plan.

Jeff’s fiancé, who Becky hasn’t necessarily come to like just yet. Not because we see any sign that Kayla is a mean person but because she represents Jeff moving on and her mom’s place being taken.

It isn’t clear what Becky likes to watch and do in her free time, but it is made clear she is a bit of a psychopath. Mind you, one that does have feelings, and does love her father, despite how much of a brat she can come off as. However, Becky’s relationship with her father is by no means the selling point here – it is how she handles Dominick and his men.

In the overview, there is a mention of “Home Alone,” and that is because we have ex-cons trying to rob a family and one single kid getting in their way. However, unlike the “Home Alone” franchise, the violence is very visible. I’m talking blood, skin ripped off, and the tools Becky uses leaving people gruesome, if not barely recognizable.

Though, I should also note there is violence done to her, which is also shocking. Be it Apex, this WWE wrestler looking dude, choke slamming her, Becky getting punched, possibly power bombed, and definitely taking a few hits. Mind you, while still very much being a 13-year-old taking on men Dominick and Apex’s size and age. Thus giving you a decent back and forth so that, unlike most grown men in Becky’s position, in action movies, we’re reminded Becky isn’t unstoppable. Simply put, she is just lucky and underestimated.

You May Not Connect With The Characters

Honestly, not much is done here for you to care if anyone lives or dies. Character development-wise, you learn very little about Kayla, Jeff is just Becky’s dad, and while we see Becky’s mom, outside of her dying, assumingly from cancer, you don’t learn much else. Making it so, while you will at least attain people’s names, you won’t necessarily root for any particular character as much as you’ll enjoy being entertained by the violence.

The Storyline & Villain Motive Are Bleh

Taking note of the storyline, it doesn’t compensate for the lack of character development. If anything, it gives you enough to set up the fight scenes. Then, to add insult to injury, Dominick doesn’t dive into why he needed a key, the reason he targeted Becky’s home. About an hour or so in, the topic is brought up but danced around. Leaving you questioning what was the point of all this? Never mind how the key got into that house? Thus seriously undercutting any praise you could give Kevin James since his role is all appearance and no substance.

If you just like watching kids be the perpetrators of violence, and get a few licks themselves, “Becky” is for you. Since all it really has to offer are violent fight scenes and gory aftermaths. Beyond that, the story and characters are only good enough to set up fight scenes, and while it tries to get you emotionally invested, it does so in such a cheap fashion that even the sappiest of people likely won’t shed a tear.

Hence the mixed label. “Becky” presents more than enough violence to keep you engaged until the end, but if you’re someone who takes note of a film’s story and need to feel invested in the characters, this might not be for you. Dominick, Apex, and two other people found a way to bust out of their prison transportation vehicle and make their way to the house Jeff, his wife, and Becky had as a second home. A place Becky thought was going to possibly be sold, but Jeff reneged, seemingly due to Kayla, his fiancé, having a son and them needing the space.

But, as you can imagine, with it being around a year since her mother died, Becky isn’t looking for a new mother, much less a younger brother. So, while she has a moment, Dominick and his people show up. This leads to Apex, the soft-hearted giant, trying to give Kayla and her son a means to escape, since he doesn’t want to hurt kids. However, Dominick doesn’t care, and with 9 years between them, and a self-proclaimed father/son relationship, he expects Apex to obey.

And while this is happening, Becky catches wind there are intruders and with one of them killing her dog, and Dominick later killing her father? Oh, it’s on like Donkey Kong. So, she kills one of Dominick’s men with a ruler made into a shank, another with a propeller from a boat at their dock, and later kills Dominick with some kind of lawnmower. One that, vertically, slices his face off.

Oh, and Apex? The giant who tried to let Kayla get away with her son, and even tried to spare Becky? She shoots him dead between the eyes. Mind you, after, for a second time, he tried to save Becky’s life from Dominick.

Leaving Becky with Kayla as a possible guardian and the cops wondering what happened. But, with Becky playing innocent, while the sheriff has red flags waving like a bullfighter, the child advocate makes excuses. But we know by Becky’s look she is playing them and knows she is going to get away with everything she did.

The main thing a sequel would have to cover is what the key is for. Beyond one crazed nazi and his stooges, does anyone else know? Also, did Kayla, knowing what Becky did, become her guardian, or was learning Becky killed 4 people, brutally, too much for her? Even if it did ultimately save her life? These are a few things to cover in a sequel. On top of, if they do a time jump, did Becky pursue normalcy after this or decided to use her survival instincts further?

You May Not Connect With The Characters - 72%

The Storyline & Villain Motive Are Bleh - 71%

"Becky" presents more than enough violence to keep you engaged until the end, but if you're someone who takes note of a film's story and need to feel invested in the characters, this might not be for you.