Wherever I Look
Recaps, Reviews, and So Much More
Home Movies Annihilation – Recap/ Review (with Spoilers)
Movies

Annihilation shows why the sci-fi genre is usually combined with the thriller or comedy genre, and not with artsy indie drama.

Table of Contents show
1 Summary
1.1 Question(s) Left Unanswered
2 Criticism
2.1 It’s A Artsy Indie Drama With Sci-Fi Elements
2.2 Who Cares About These People?
2.3 The Ending Was So Anti-Climatic
3 On The Fence
3.1 It Could Have Been Better
4 Overall: Negative (Skip This)
5 Follow Wherever I Look on Twitter or Like us on Facebook.

After more than a year of waiting for the status of her husband, be it dead or alive, Kane just right into Lena and his house and into her arms. However, something is off. He seems dazed, confused, and begins bleeding within an hour. Yet, on the way to the hospital, members of the government kidnap them and so begins our story.

You see, Kane is an active duty member of the armed forces, as Lena formerly was before becoming a professor at John Hopkins, and like many groups before him, over a 3 year period, he was sent into what is called “The Shimmer.” A sort of veil, which is continuously expanding, that is sort of like a growing ecosystem. One which no one has returned from, but Kane, later Lena, and we learn why. Often times it is because one source alien being has mutated the animals to the point of being much more vicious. Including one which can make the sound of a human screaming “Help!” But it isn’t just the animals you have to worry about, it is the other humans too. For in this ecosystem, be it spores or something else, staying too long modifies your DNA and it seems to drive people to madness.

However, despite the risk and warning, love drives Lena to the truth. A truth which the movie doesn’t make interesting enough to seem like a major pay off.

One of the few things you’ll enjoy about Annihilation is how pretty mutated nature is. The colors are vibrant, the crystal trees on the beach are lovely to look at, as are the plants who might actually be people. However, this isn’t a short film at some big city museum showing what life would be like if an alien species infected our planet. It’s a two-hour movie.

One which may be a sci-fi but it avoids the commercial roads the genre has taken as of late. It isn’t trying to be a sci-fi/ action movie, a sci-fi/ comedy, or even a sci-fi/ thriller. Nope, instead, it is a sci-fi drama. One in which Lena missing her husband, having an affair, and feeling bad about it, especially when she finds out he is alive, is a strong part of the focus. That is, alongside the lead actors all having some issue ranging from losing a kid, having no family, having a record of suicide attempts, and a whole bunch of other things. All of which aren’t really explored.

Who Cares About These People? 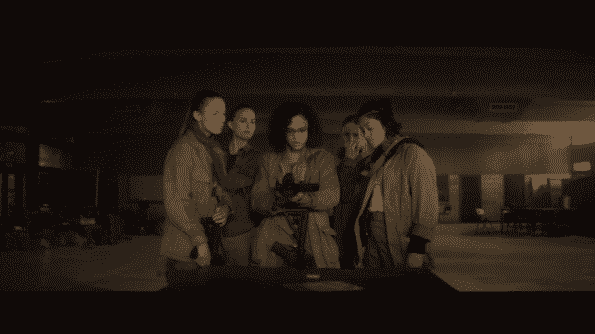 Leading to one of the major issues: You aren’t given a reason to care about these people. Yes, they all have issues, but only Lena’s gets explored. Why was Josie cutting herself? Who knows. Dr. Ventress used to be an addict, of what and why? Let’s brush over that. Then in terms of Cass? Well, she isn’t as big as the rest of the actresses in the film, so let’s just not waste screen time. Oh, and when it comes to Anya? We just needed a non-white person as a lead to avoid issues. That’s all.

And I know that all sounds very sarcastic, but let’s be real, the reason you invest in a sci-fi story isn’t just the technology or biological visuals, it is because of the people on screen. People who are supposed to be your medium for experiencing something for the first time and often handling this new discovery in the worse way. But with this film, it is like, it doesn’t know if it wants you to truly get to know Lena or have all your curiosity be directed at the more scientific side of the film. Leaving you eventually just sitting there and waiting for this to be over.

The Ending Was So Anti-Climatic

Especially since the ending just doesn’t deliver an exclamation mark. It is just part of a run-on sentence. For most of the shock and surprises, if you want to call it that, came and went by the time the movie has caught up to Lena sitting in a chair being interrogated. So at that point, you honestly are just waiting for the credits to see if the film may pull out something to makes you feel differently about it.

It Could Have Been Better

If there wasn’t this topic of Lena having an affair, if it went into the characters more and didn’t give them quick backstories and moved on, if the movies wasn’t so dead set on showing how much Portman and Isaac do have chemistry, when they really don’t, it could have been good. Heck, if maybe the alien life form had just a bit more explanation than just a foreign entity drastically changing the ecosystem around it, just one single being mind you, it could have been better. Alas, the same person who made 28 Days Later

and Ex Machina, also decided to bring elements of his less noteworthy films. Such as, Never Let Me Go 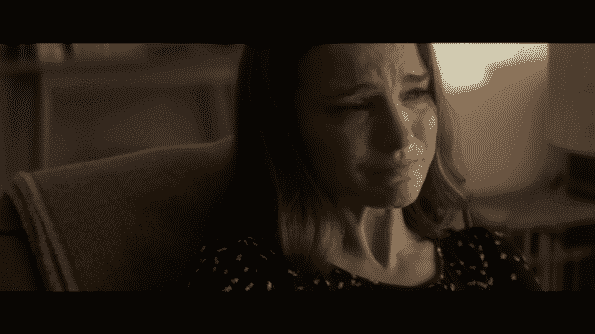 I don’t know if this is “too smart” or whatever the commentary was on why audiences wouldn’t get this. However, I will say that essentially there are three kinds of films: Ones which seek to make money, ones which seek to be award bait, and then the third. The third is films which should only be seen as experiments to test not just what viewers would accept, but what can be commercial in the future. For, as said, you don’t see a lot of sci-fi films which are also dramas. And perhaps Annihilation is but the sacrificial lamb showing why.

Leading to why the Negative label.  While the imagery is beautiful, that is the sole thing you can say about the film without a caveat. For the characters have potential, but it never gets fulfilled. The sci-fi elements are kind of interesting, but outside of one mutated bear, the rest I can’t even imagine those into the more biological side of sci-fi being interested. And what is the stake in this movie’s heart is that it is made like an artsy indie drama. Of which, the sci-fi represents the artsy aspect of beautiful fauna and grotesque monsters, the indie element is how the movie tries to seem cool and different, and the drama is all of these characters with serious issues.

But, considering, like Valerian, how much Garland’s past work was put up to convince audiences this movie should be good, that should have been a warning sign.