Aardvark is one of those movies which unfortunately doesn’t hone in on the interesting character or story but just makes them part of the dull lead’s life.

Depending on who you ask, it has either been 7 or 15 years since brothers Josh and Craig saw each other. One of the reasons being, Craig is someone who is mentally ill and occasionally likes to get off his meds. Mostly because the side effects aren’t always worth the cure. However, as he recognizes things are getting bad he visits Emily, a licensed therapist. Someone who seems a bit in over her head with Josh but she still tries to help him. However, as becomes clear, she may need a therapist herself (who doesn’t).

Especially upon meeting the illustrious Craig and starting a sexual relationship with him while offering therapeutic services to his brother. Leading you to wonder, could this all be some grand twist? Could it be both Craig and Emily are having hallucinations? You gotta watch to find out.

Josh & The Potential For A Normal Life 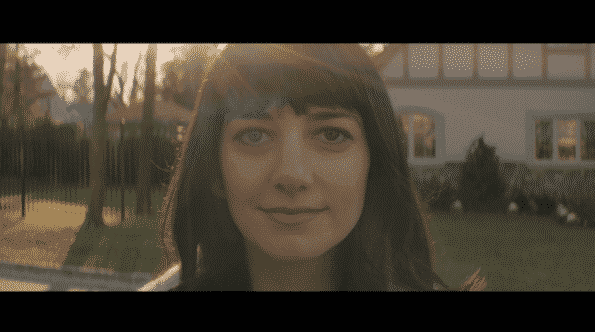 While Hannah might have been an illusion, there was something about a guy like Josh having a love interest which reminded me of Jane Wants a Boyfriend. Particularly in the sense of a non-traditional romantic lead finding love. This is on top of someone with a mental disorder like schizophrenia not being treated as a villain, killer, or anything like that. He is just a normal guy who, unfortunately, requires medication to not veer into seeing what isn’t there.

Yet, even with his disorder, he is still capable of living a normal life. He can have conversations, show he has empathy of some kind, as seen by him taking note of Emily not sleeping, among other things. Also, with Hannah, it shows that he can find love and acceptance. Even if his apartment looks terrifying.

Unfortunately, as much as this movie tries to veer towards showing Josh having some form of normalcy, it also hints to your usual – Do we need to worry about this person with schizophrenia? Especially as Craig comes around. His intentional absence in Josh’s life leads you to wonder if something happened, even with him paying to keep his brother off the streets. But, also, the way Craig appears leads you to almost wonder if we’re being set up for a twist. For the way things are set up, if we were told that Emily experienced delusions and was schizophrenic herself, it would make sense.

However, this movie is by no means that interesting. Mostly it is just a therapist, who honestly feels a bit underdeveloped, way in over her head. Then, out of nowhere, the patient who is challenging her expertise, his brother pops up and soon she is in a sexual relationship with him. All the while, Josh is spiraling, falling in love and, at best, showing us what happens when people with schizophrenia go off their meds and us understanding why they do.

And while there is some attempt of the film having heart, by showing Josh and Craig interact, by then you are just left feeling it is a last minute save. For that moment to mean anything it would have called for this to be all about Josh, and Slate’s character to have been downgraded to supporting cast. Just so we got a full sense of what life was like for Josh, the struggles he had with medication and maybe even feeling isolated and alone.

The main issue with Aardvark is that you can see a better story than the one that was delivered. If this was about Josh dealing with how his meds made him feel, trying to live life without them, through therapy, and dealing with his complicated relationship with his brother, this would have been awesome. Probably something rated positively.

However, instead, it is the type of film which focuses on one rather dull character who presents us to someone who actually could drive your interest. A method of storytelling which works okay for series, but for a one and done movie? It makes you question why is this the person who is central to everything?

Hence the mixed label for there was a better story to be told and while the film flirted with it, it also avoided fully telling it.