29 to Life may feature one of the most unbelievable romances (not in a good way), but the charm of its female lead might just be strong enough for you to stick around.

Table of Contents show
1 Summary
2 Highlights
2.1 Madison
2.2 Will
3 Criticism
3.1 Understanding Why Madison Is In Barnaby’s Life
4 On The Fence
4.1 Barnaby
5 Overall: Mixed (Divisive)
5.1 Check Out Other Movies Reviews

At 29, and seriously questioning what to do with his life, Barnaby has taken to the idea that instead of failing by doing, he’ll fail by doing nothing. Something which his parents and now ex-girlfriend no longer plan to tolerate. However, now living out of his car and desperate, he goes to his high school reunion for food and ends up coming across Madison.

Now, it isn’t clear who Madison may have been to Barnaby in high school, but for reasons not fully known or understood, she decides to deeply invest in him. I’m talking, taking note of Barnaby having a culinary degree, getting him a $300 for one night gig, working on his resume, and even getting him a job interview. But, so comes the question if it always was lack of opportunity which held Barnaby back or just generally being a lazy and sarcastic bum which led to him being homeless and practically destitute. 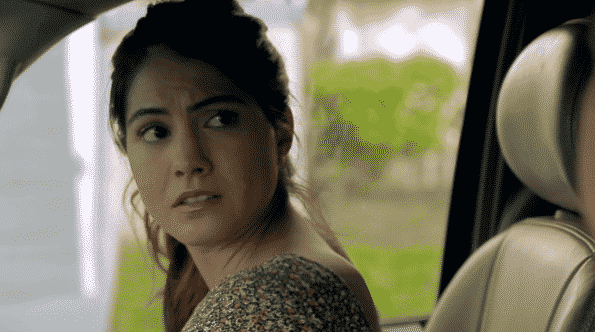 Without any doubt, Diana Solis is the saving grace of the movie. With her girl next door appeal, her ability to roll with the dry humor of Martin, and also compensating with her charm how irritating Barnaby is, you’ll instantly latch onto her. You may not understand why she’d latch and take what Barnaby dishes at her, but there is a sort of hushed sadness Solis brings to the character that allows you to craft some kind of understanding. Especially as Madison reveals what kind of relationship she just got out of before encountering Barnaby.

Though Kaden Cole only has around two scenes, he is the kind of snot-nosed, “let me make this adult look stupid” type of character you can’t help but adore. Especially as you sort of believe he may make an awkward pairing with Barnaby. You know, someone to provide him a wakeup call since Madison is too nice to do so. Alas, that doesn’t happen.

Understanding Why Madison Is In Barnaby’s Life

Even if you take into account the little we know about Madison’s relationship history, and her life in general, nothing really explains why she so heavily invests in Barnaby. There isn’t any given reason, besides pity, she approaches him at the high school reunion. And while it is clear she finds him funny, there remains the question of why, when his sarcasm becomes a bit too biting, she sticks around? Much less, considering Barnaby’s attitude, be it about life, work, and his ex-girlfriend Elaina, what keeps her around?

Here is the thing, Barnaby, in many ways, can be relatable. At 29 he has become disenchanted with the idea of going after your dreams and the idea that if you work hard all your dreams will come true. He is too old for that now and, in his field, at his age, the idea of starting at the bottom, doing something entry level, is discouraging. Especially after getting his diploma.

Something that, generally, I think most people could sympathize with. Especially if you have found yourself not finding somewhere to work which can become a career but simply a job to pay off that student loan. But, then comes the issue that Barnaby is so dry with his sarcasm and seems like such an ass, that his few relatable and redeemable traits sometimes seem mute. On top of that, be it pushing us to understand how privileged Barnaby was or how much of an idiot he might be, seeing and witnessing him go into interviews with highly fabricated resumes, and thinking nothing is wrong about that, becomes infuriating. Alongside his general personality which brings the slightest Napoleon Dynamite vibes. 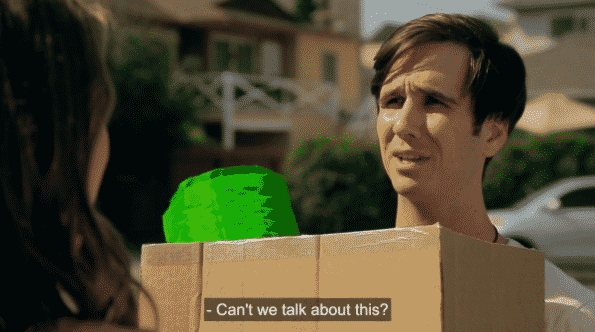 The main issue here is how you perceive Barnaby. If the way Martin plays him tickles you to laughter, then the only issue will be why does Madison go as far as she does for Barnaby? Is it that they were high school friends who just reconnected, did she have a huge crush on him in high school, or is it she is so desperate for a partner that even Barnaby would do? If not the general idea that the bar, in movies, for men is set ridiculously low while for women its set high?

Hence the mixed label. While the characters Madison and Will make the film likable, the way Barnaby was written, performed, and his relationship to the two won’t win everyone over. In fact, it might be the film’s biggest obstacle.

Check Out Other Movies Reviews