The following is a list of cast and characters from the Hulu program Shrill and their status at the end of the season(s). 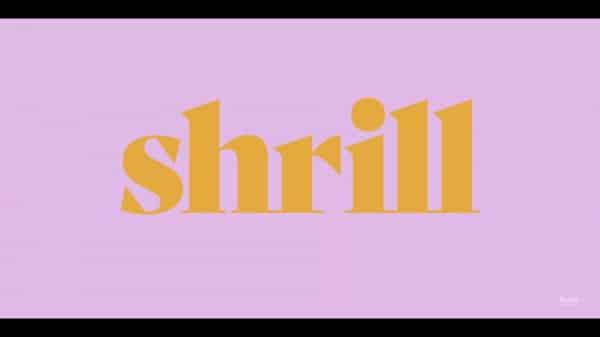 Cast & CharactersGet The Book "Shrill" Is Based On

Annie is a super sweet young woman who has been fat for nearly her entire life. However, between the teen years or when she became an adult, she went from that being one of many adjectives to the adjective. So, to compensate, she took the route of becoming friendly, demure, and putting up with people like Ryan so she can say she has someone or something.

However, it seems that Annie will be replaced with someone more shrill.

Gabe is pretty much Annie’s idol, and she has been reading his work since she was 14. Thus making the fact he is a bit of a douche unfortunate, especially since he is her boss at The Weekly Thorn. However, as she begins to advocate for herself, it seems things might turn around in their relationship.

Ryan is, or was, Annie’s f*** buddy for the last 6 months but also someone a bit ashamed of her. He’d make her go in and out through the back, over a fence, and made sure his roommates, including his brother, never met Annie. To put some diarrhea frosting on this piece of s***, he also didn’t mention to Annie he is the deadbeat dad of a 14-year-old.

Annie’s lesbian roommate, who is also a bit of a player, but also has a strong role in Annie changing her mindset to putting herself first. Not just by leading by example but being there for her in ways not even Annie’s parents try to be. Well, her mom anyway.

Vera is Annie’s mother and could be seen as the root of her insecurities. Maybe because she doesn’t like herself or because she fears for her daughter’s health? Either way, while not as wicked as a Disney step-mother, she does make the kind of comments which plant poisonous seeds.

Janelle is Ryan’s mom who seemingly enables a lot of his bad behavior.

Bill is Annie’s dad, still married to Vera, and is the parent she is closest to. For while he does sometimes crack a joke at her, he isn’t as consistent and low-key vicious as Vera.

A chef, and Fran’s younger brother, Lamar reveals he has a crush on Annie and they explore it together.

Amadi’s girlfriend, who married and divorced young, is Cindy. She has one brother and is portrayed as a comical, passionate person.

Kayla is Ryan’s co-worker and the other person he is having sex with.

The flamboyant Amadi is Annie’s best friend at work.

She is without a job, pissed off both of her closest friends, Amadi and Fran, but at least has Ryan.

With coming to realize she is becoming like her emotionally abusive mom, Vera decides to head to Vancouver – while still high. Thus leaving Bill to fend for himself.

After Annie shows herself to either be selfish or insulting, they worry more about their significant others and leave Annie to her own downfall.

We don’t see these characters say or do anything noteworthy after their initial appearance. Cindy still is Amadi’s boo thang, Kayla works with Ryan at the store, and Lamar, after his confession, is back traveling the world. Oh, and Janelle we meet maybe once and that is seriously it.

He remains a bit aimless, not on Annie’s level, but convenient. Hence him still being her man.