Wherever I Look
Recaps, Reviews, and So Much More
Home TV Series Thirteen Reasons Why (Th1rteen R3asons Why): Season 1/ Episode 1 “Tape 1, Side A” [Series Premiere] – Overview/ Review (with Spoilers)
TV Series 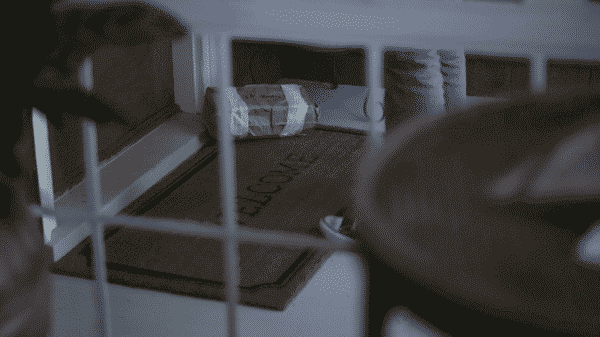 Though there are a few minor changes, mostly which are understandable, Thirteen Reasons Why starts off with things being very close to the book. Well, with the exception of us getting to experience Hannah with our own eyes and perhaps Clay not being as much of a saint.

Table of Contents show
1 The Introduction
1.1 Collected Quote(s)
2 Highlights
2.1 Langford & Minnettee Are Perfect Casting
3 On The Fence
3.1 Some of The Changes Will Require Time To Get Used To
4 Overall: Positive (Watch This)

It has been almost a week since Hannah (Kathrine Langford) died and it remains the talk of the school. Especially since Hannah’s parents are talking about a lawsuit and the school is sending everyone’s parent’s multiple e-mails about the incident. Now, while some are ready to move on, others like Clay (Dylan Minnette) are still dealing with Hannah’s ghost and her not being where she usually is.

But while grieving is hard, things become worse when a series of tapes are delivered and they play out like a 13 sided suicide note. One in which people will discover how they played a role in the death of Hannah Baker. It is highly rare that the leads cast for anything seem perfect. For movies, 9/10, like with the John Green novels, the focus is star power over the actor or actress having the look or vibe of the character. Yet, this series doesn’t have that issue. Langford’s delivery and personality bring us the Hannah of the book and even fleshes her out a bit more which makes her death a bigger tragedy. I mean, just to put it in perspective, I read the book twice, the show lets you know from the beginning she is dead, yet towards the end, as it really hits you, there is still this desire to cry and get a little snot nosed. For Langford really taps into the character. To the point, I definitely will be following her career.

As for Minnettee, he too fits his character to a T. Though almost in an eerie way. For those who read the book, often it felt with Clay that he wasn’t our gatekeeper into his world but someone we were standing right next to as everything went down. Minnettee kind of keeps that spirit alive. For while he is the male lead, and his storyline, with a few exceptions, follows the book, he, like Clay, isn’t written to take over and be the focal point of this story. He is present but, like us, he isn’t fully aware and we walk beside him as each tape plays.

Some of The Changes Will Require Time To Get Used To Being that Clay goes through all the tapes in the course of a night, naturally, that wouldn’t translate well into a 13 episode series. So, instead, it seems he will listen to the tapes over the course of multiple days and when the tapes aren’t the focus, this lawsuit storyline will be. Now, there is no mention of a lawsuit in the book, so it isn’t clear whether this idea maybe a swing and a miss or a home run. However, it is too early to tell.

Another change is that Tony (Christian Navarro) reveals he is the holder of tapes and knows about them during the first tape. Again, this is a change which you can accept since it wouldn’t make sense to have Clay go through all the tapes overnight. However, these changes do lead you to wonder what else may be done to accommodate the fact the series will take places over multiple days.

For the most part, the main thing done to fill out the hour is showing more of Hannah and making it seem, unlike the book, she had more of a friendship with Clay than he gives himself credit for. However, as the rumors started, we don’t get book Clay, in terms of him not saying or doing anything to add fuel to the fire. Instead, he makes a comment about Hannah waiting after a panty pic goes around from Justin. Thus leading to Clay not being as innocent as he is in the books for he did make a comment which slightly made him into everyone else. With changes not major enough to make a stink about, and Langford being the ideal Hannah, I’m quite giddy to continue onto the next episode. For, and I don’t think I can praise the girl enough, Langford has this quality to her that just snatches you. Making it surprising that, before this, the only credit she has on IMDB is one short film. But, let me tell you, I think in a similar fashion as to how Twilight launched Kristen Stewart and The Hunger Games launched Jennifer Lawrence, you better be prepared for Langford to be on every billboard you see.