In this episode, we get the backstory of why Max ended up in jail, alongside Lester and Violet’s relationship.

With Owen getting all the advice he could want and need, it is time to pay the piper, and when it comes to Amelia, he may have a keeper. Mind you, is she weird? Absolutely. However, she isn’t about playing games, and Owen is attracted to that. Also, with him stumbling on her dream of becoming a talking head on the news, he sees beyond her needs and taps into her wants.

However, their date turns slightly sour when Hannah shows up with her new guy Jeff, who works at the White House. Amelia quickly peeps the shift and asks questions, and Owen scores points by being honest. He was with Hannah for six months, she is now his roommate, and he thinks things are cool. Amelia doesn’t believe him, but she isn’t looking for a relationship, so as long as she has his attention during their time, she couldn’t care. Especially since Owen proves himself to be a decent kisser.

But, he takes another hit for booking something to do after his date with Amelia, and while he promises to make it up to her the next time he sees her, she seems to be fine with him. At least based off her not telling his business. Getting back to his double booking, he tries to talk to Terence’s friend Sarah about getting that subpoena from Senator Smoot out of his life, but she makes it clear: Anything less than giving something that can destroy Nyland means Owen having to be questioned, and his career decimated if anything can be found on him.

Good Friends Usually Screw Each Other Over Once – Xander, Max, Cora, Kelly, SalvatoreOwen

So why is Max in jail? Believe it or not, it isn’t because the government set her up – she really killed a man. However, in her defense, he deserved it. You see, this man named Salvatore abused a woman named Cora who was using Max’s services, giving people a place to temporarily hide out. Now, if Cora did as she was told and did not interact with people, this wouldn’t have happened, but also, if Max didn’t get close to her and open up to her, again, this wouldn’t have happened.

But it did, and Cora went to jail not because Max covered for her but because she was found so beat up Max had to call 911, or Cora would have died. And let us add, when it came to Salvatore’s death, it wasn’t because Max sought him out but rather stumbled upon him, and with him having no remorse and deciding to fight Max after she tried to knock sense into him, that’s why he did and his daughter, Kelly, ended up no longer having a father.

Which makes it awkward for Owen to realize Kelly is the girl from the motel he bonded with, and Owen is in the process of freeing her father’s killer by getting her case made into a federal one. But friends screw each other over occasionally. Case in point, Owen ends up in a rough situation where he has to go to Lebanon, and for Max to give him advice, she wants information on who he met with, and that leads her to learn Xander’s real name after she does some digging. Which, considering Xander is a wannabe golden boy trying to get a top post in the C.I.A., not Nyland’s job but a post in Russia, it makes what Max and Owen know liabilities to his ambitions.

Lester, at one time, was a field agent in Lebanon before Violet, who was in the army, convinced him to become a lawyer and join general counsel, while also giving her the ins and outs of the C.I.A. The time spent investing in each other is why they are so close and because they worked so hard, Owen having this golden boy rise so quickly, right out of college, is why they haze him.

However, with Owen doing Lester a solid by getting one of Lester’s agents in Lebanon, Dave, to sign off on child support payments, so his ex won’t graymail the C.I.A., Owen gets on Lester’s good side. And with that, he has not only impressed Nyland and made a friend out of Lester, but with Amelia? Her advice comes through as The Attorney General is in Owen’s office, and after making Max’s case federal, he now just needs the Attorney General to ignore it being an election year and to get Max out of prison.

There is something about watching Owen tell people how they are gonna f*** up by not following legal advice that, honestly, I’m glad they don’t do every episode but seemingly will make his thing. Him disarming Dave, this macho soldier who could easily kill him and Lester like it was nothing; it was beautiful to see.

At this point, I believe even if Owen wasn’t a compelling character, Max could carry the show. I would even say, it almost seems like she was built to compensate for Owen if he couldn’t hook viewers because she is that good. Yes, she does seem like every other Russian spy who has a soft side when you get to know them. But there is something different enough about Max’s portrayal that leaves you expecting, wanting, and appreciating her being different.

Seeing Beyond The Façade With Amelia & Lester

What can I say, if a show is made to binge-watch, I’m quick to judge for if you are going to release all episodes at once, f*** that idea of it needing time to get good. You better be good from the start and act like you’re worth someone losing a weekend, or a day, watching you. Grace is going to be minimum.

But, unfortunately, our impression of how good any show released to binge on and how the majority of binge-watch shows are is vastly different. Most of them don’t get good until you are damn near halfway, and sometimes the hook is that you already got this far, so you figure you minas well finish. Luckily, with the C.I.A. staff becoming far more interesting than initially presented, one of the early flaws of “The Recruit” isn’t as big of a problem as it once was.

Lester, with breaking down why he and Violet are close and us getting to see a side to him that isn’t jester-level mischeavous, made him likable and interesting. Then with Amelia, with her not trying to snitch on Owen just because she owes a favor to Violet and maybe thinking something real could develop there, you get drawn to her too. Add in the reveal of her dream to be a talking head on cable news, and it allows you to see a character for who they are, without the path of a sob story. Which, as of now, even with Max, I don’t think is how “The Recruit” wants to win you over, and I appreciate it. 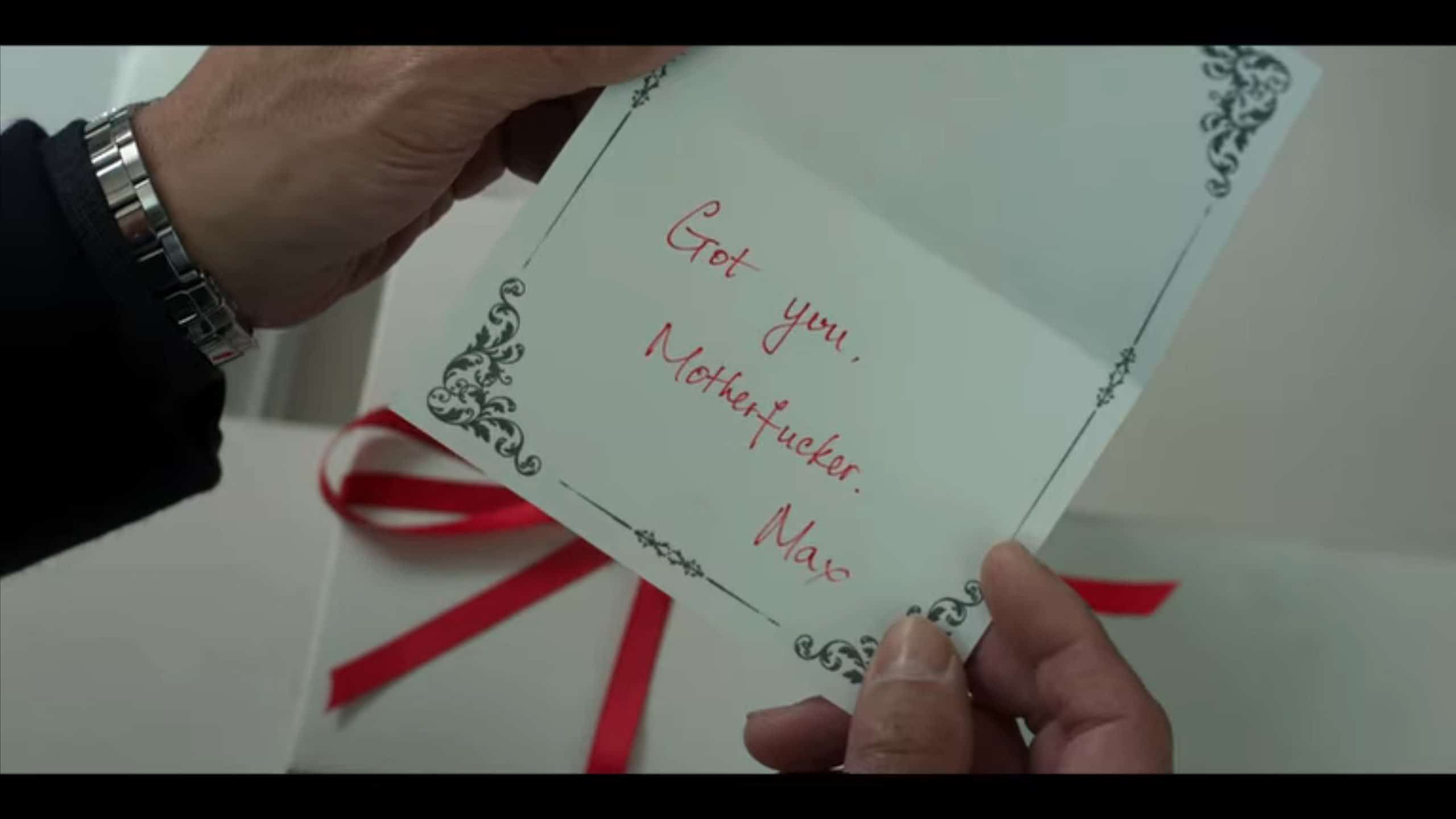 The Recruit: Season 1/ Episode 3 – Recap/ Review (with Spoilers)
Overall
“The Recruit,” as it fleshes out its supporting characters, starts to prove worthy of your time, even if it was a little rough in some areas to begin.
Community Rating0 Votes
0
Highlights
Seeing Beyond The Façade With Amelia & Lester
Max
Owen Lawyering Dave
Disputable
83
Subscribe to our mailing list