The Alienist: Season 1/ Episode 1 “The Boy on the Bridge” [Series Premiere] – Recap/ Review (with Spoilers) 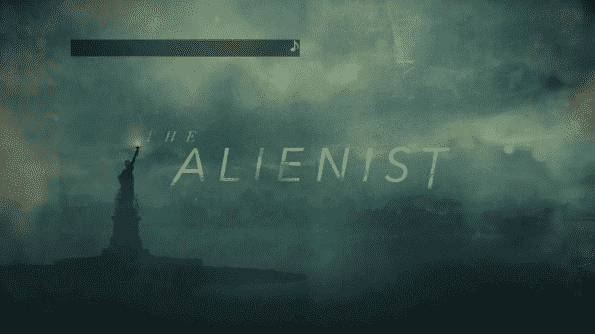 The Alienist is visually disturbing with intriguing performances, but still brings you to question what may happen once you build up your tolerance to its gore?

It’s 1986 New York and a gruesome murder has happened to a young male sex worker. One in which a hand, his eyes, and parts of his torso were either missing or within feet away from the body. This is alongside his throat cut to the bone and genitals cut off. Such a case, the one of Giorgio, attracts the attention of Dr. Kreizler and leads to him calling on his associate John Moore and college associate Commissioner Roosevelt. For with Dr. Kreizler being an alienist, the term for psychologist before their practice was taken seriously, he takes crimes, especially those against children, with quite the interest.

Especially because said crime reminds him of one which happened three years before. One in which half of the Zweig twins, Benjamin, died the same way. In a dress, mutilated, and this pushes Dr. Kreizler to believe the two murders are connected. Something Commissioner Roosevelt doesn’t necessarily wish to explore, since this man named Mr. Wolff is already taking the fall, but with the help of Sara Howard, the Commissioner’s hand gets forced and so begins the case of the alienist. 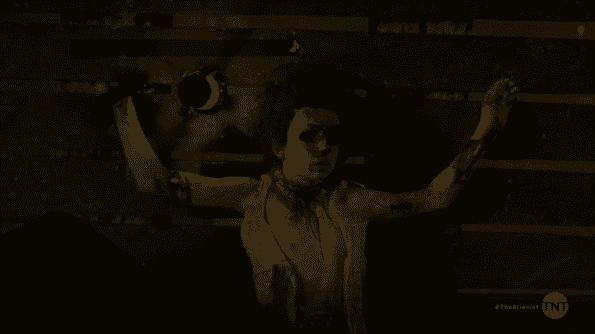 The violence we see children experience, the scenes within Bellevue hospital, and this perhaps being the tip of the iceberg, it creates quite a bit of intrigue where this show may go. Especially as the killer seems to be bold enough to tease Dr. Kriezler and make him aware he knows he is onto him. Though not close enough to stop him.

When graphic violence is the hook, often times it is used to compensate for something. The story here is fine, and quite intriguing, so it isn’t that. Dr. Moore, with his love of whores, is interesting, alongside his job of being a New York Times illustrator. Dr. Kreizler, a rather odd man, while perhaps not the most emotional person, him trying to tap into the killer’s mind showed a dark side. Then of course there was also how bad ass he came off when facing Mr. Wolff with no bars between them. In a way, Dr. Kreizler reminds me of Sherlock Holmes without the theatrics.

Yet, there is also Sara Howard. Now, as shown by damn near any review on this site, Dakota Fanning seemingly like a deer in the headlights is a consistent critique. One which remains in place with her role. But, with her only a part of an ensemble, the female lead, there isn’t any real fear a significant weight will be put on her shoulders.

So, what is the problem? Well, like with most shows that are very violent, that once the high of that wears off, we may realize the acting isn’t as good as we thought it was. If anything, the violence and sex heightened our senses so much it even made other aspects of the show better. Something I don’t think might be true for this show, but I could always be wrong. While Fanning’s legend seemingly remains to have peaked in her younger years, everyone else arguably gives the type of performance which makes it seem the multitude of press TNT has put behind this show worth it. Now, it is hard to say once we get over people’s eyes being plucked and bodies mutilated if what remains will still be of interest. However, sometimes you just got to have faith a show can take the path of Game of Thrones more than that of a shallow thriller.