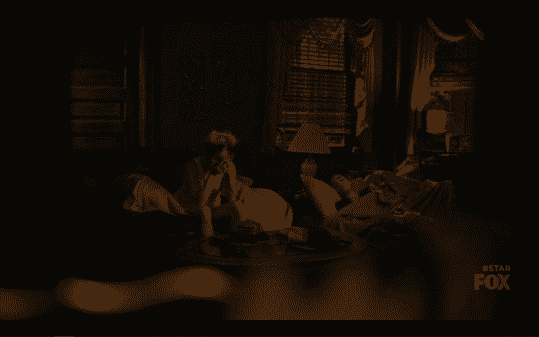 The drama begins to rev up as old memories and characters begin haunting our leads, as well as possible new love interests.

With Noah set to go on tour, and Charles pushing for Alex to co-headline with him, so comes the question of who will be the opening act? Well, the idea was pushed that it could be Take Three, but then Jahil jumps in pushing Angel and Andy. Which was supposed to lead to a sing-off but because Jahil finagled some information out of Don Talbot’s daughter, leading to Maurice signing Quavo, the sing-off doesn’t happen. Angel and Andy get the spot and this sends Simone into a tailspin.

For with Ayanna in no shape to push for guardianship, all that leaves is foster care, juvie, or running away. None of which Simone wants to do but, without a job, she has no choice. Well, at least until Angel steps in, makes sure Simone is at least bi, and the two get married. 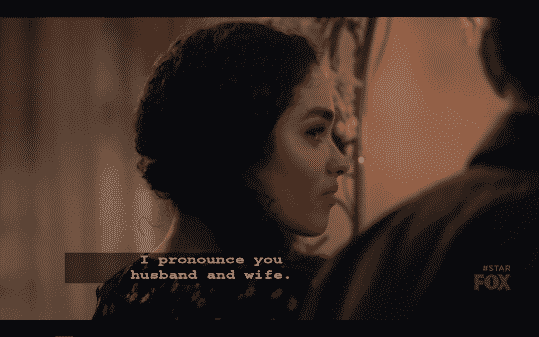 During this whole tour thing, I found myself really wondering why Noah wasn’t involved at all? It’s the group his girl is in and while Jahil can make his arguments about costs or profits, shouldn’t the point be making your top artist happy? Granted, Charles got him by the contract but, as pushed later, it isn’t like the record or Charles can deal with bad PR.

But, then again, perhaps considering how much of a lose/lose situation it would have been, what’s the point in that? Plus, who would back Noah? Maurice, as loyal as he tries to be, is trying to salvage a career here. His first boss got thrown out, this new one is kind of tainted, and he is hanging on without much in the way of stability right now. So as much as he may love Carlotta and the girls, even with this Quavo signing, what does he have to fight with whenever everyone is in a vulnerable position?

With that said, how is Jahil able to have such a silver tongue? I mean, he can even get a middle-aged, married, likely Italian woman to cheat on her husband and give him the information he wants? But here is the kicker, how do you think Don and his daughter are going to react when they know what happened? Because Jahil is getting way too lucky lately and with that heart issue, you know between a scare or true death, one of the two are possible. Though, with Jahil wanting the good life, by any means necessary, who knows if a heart attack, or failure, would make him change his ways.

Tour stuff aside, who called Angel and Simone?! But, here is my thing, he was, originally, supposed to play her to throw her off for the showcase, will that come to light? Much less, how long is this marriage going to last and how old is Angel again? Either way, I cannot wait for the reactions. For while it was fully understood Simone was desperate, so comes the question of how Star and Carlotta are going to react. On top of that, what is the long-term plan for these two? Have the marriage annulled when she turns 18 or could this relationship really go the distance? Angel seems sweet but we’ve seen his dark side and he is Jahil’s nephew after all.

Omari is still making threats and with that, Christine is ready to make a move. She already had her daughter deal with an abusive ex, she isn’t going to let this thing go on too long with her granddaughter too. So, on her last day in town, she has Carlotta come with her to church as Omari is set up to be killed. However, because Cotton still loves him, she saves his life and there is a hope he won’t come back.

As for Star? It seems something has triggered her now remembering the day her mother died, and a song playing in the background. Plus, her murdering Otis, after all this time, is now starting to bother her. Which is weird since she has been justifying that, with few qualms, forever. But I guess with there being a bit more peace in her life, sans a possible new man in Jackson, so comes unresolved issues.

With Omari, seemingly, scared off, so comes the question of what is next for Cotton? Will she get back into fashion, sex work, working in the shop or pursue something new? It seems she gets constantly derailed from things which could better her life so maybe, after having fully gone off the deep end, she may focus on something which will allow her to move out on her own AND have peace. 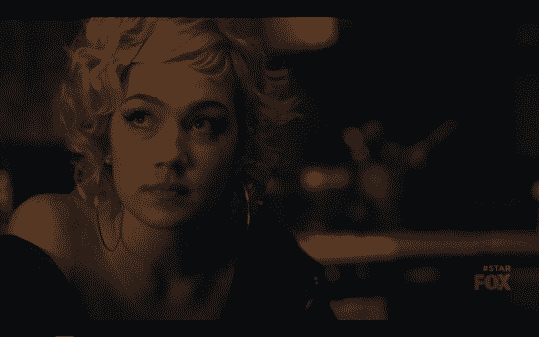 Pushing us to Star. It seems really weird to me that now she is being haunted by murdering Otis. Granted, the time since the murder in our world vs. their world is not the same, but it seemed like she was pretty cool with that. Plus, considering what she did to Hunter, and probably other dudes, while she did take it a step further than she is used to, it was that or Simone would have been raped.

So this could only mean that maybe more happened on the day Mary died than we have been clued into. Of which, the idea right now is Star giving her mom the dose that killed her. Which would explain so much about Brody because, in my mind, he probably made sure to make what he did memorable so Star wouldn’t remember what she did to her mom. Making their relationship a bit more complicated, yet a little “awe” inducing.

With Jahil, as always, doing something underhanded to get ahead, Carlotta decides that two people can play that game. So, despite how messed up she is, Carlotta pursues and secures Ayanna for a plan. One in which Ayanna threatens her dad with being #MeToo’d unless he puts Take Three on Noah’s tour. Something that Carlotta thinks is done and celebrates but we don’t hear Charles once say, to anyone but Ayanna, there is a possibility of him going through with that. Even if he loses a major sponsor in the process.

But, all things considered, bringing back the idea of when Jahil is going to get his, unfortunately, some storylines just won’t die. Such is the case where Arlene’s sister is apparently hunting down what happened to her and Brody shows up noting they got a problem. 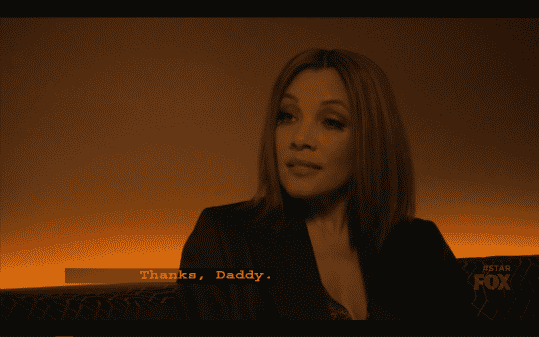 Every time you think a storyline is wrapped up and done, it comes back around. You think the Otis storyline isn’t a problem anymore and now Star is having nightmares. Arlene is dead, gone, a buried issue, yet here comes this sister we never heard of. And while I get this is a drama, going around in circles is becoming a bit too routine. It’s like nothing has a conclusion, it just hits a climax then gets held back so another storyline can ramp up. Only for it to be revisited half a season later.

Which isn’t necessarily terrible for some storylines, like the Otis situation and Mary’s death. However, the Arlene and Hunter situation is a beaten to a pulp dead horse. I can only hope that by the end of the season, they’ll allow Jahil and Brody to move on.

The Possibility of Going Solo 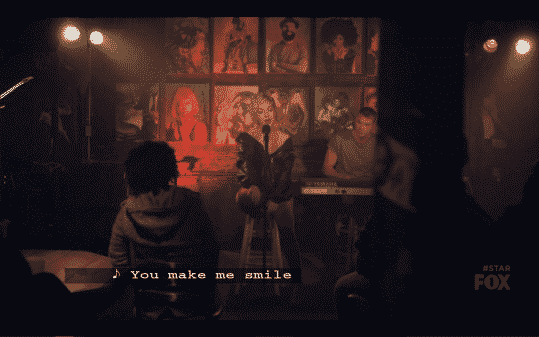 With Jackson talking about a band fronted by Star, and how hectic things are at Midtown, you have to wonder if she would maybe drop Take Three for the opportunity? I mean, she can still work with Alex and Simone, but Jahil was pushing her towards the front and solo aspirations since the beginning. Simone seemingly never really wanted to sing, she just wanted to have access to Star and not live in another foster home and, by all means, Alex has something good going without Take Three.

Plus, while Alex has gotten to sing lead a couple of times, there is this vibe the white girl will always be the focus. So maybe she may use all this Noah attention to go solo? I mean, the way things are looking, she and Noah already are going to be doing an album together. It minas well be her official solo debut because, increasingly, it seems clear Take Three isn’t going anywhere. Even with their radio play, that Noah probably had to pull some favors to get.

What About Your Friends? 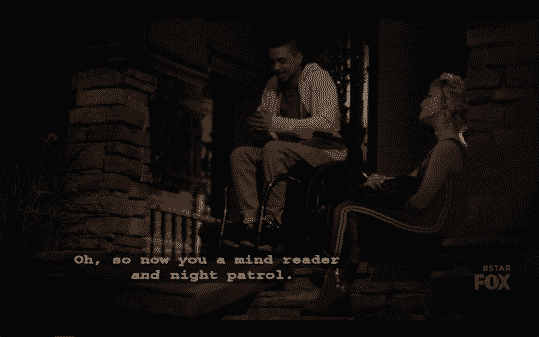 Does Derek have friends? After all those protest and Soraya, is the main person he has to talk to really Star? Don’t get me wrong, they seem cool, and have the type of chemistry where they don’t seem to be a random match up. But, there is the need to question why is this dude so isolated from people after being a very public persona. Is pity really such a factor that after living in that area for nearly his entire life, no one is willing to visit?