After the events of the last episode, people find themselves opening up to each other, and some even reconcile – but not all.

After Vivian’s reveal, it is decided Jackson needs to go back to counseling, and on the way there, the family car gets a flat. This leads to a giant fight and Jackson making things worse by saying his mums should get a divorce and his white mom, Sofia, only stays out of fear she won’t be loved and treated as a biological mom. Which, for Sofia, is a genuine fear and him saying it out loud hits hard. So, to reconcile, he notes he will love her no matter what and that he misses when being together with her was just fun. Swimming, for example, was initially supposed to be a bonding experience. However, it eventually evolved into Sofia living vicariously through him which threw it all off. Though there are hopes they can find a way back to what they once were, especially as he ventures back into acting.

Jean broke up Michael’s marriage so he decided to destroy her credibility. What better way than breaking up her confidence amongst dozens of teens and then bring in parents to really seal the deal? And heck, even if it means two families bickering and a girl, Olivia, finding out her boyfriend is much younger than he claimed, what does that matter? The end result was revenge, and Michael got it.

They Were Wrong About You Otis: Ruby, Otis, Jean 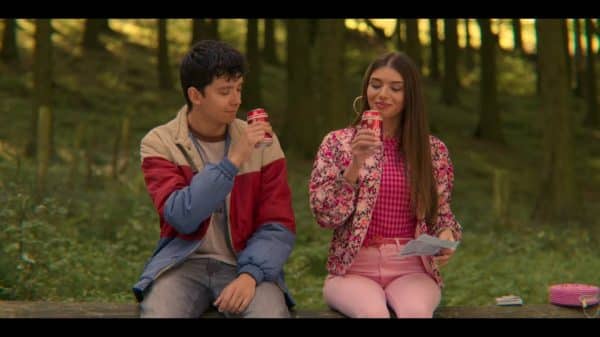 After Michael’s takedown, Jean learns Otis has been running a for-profit sex clinic and even finds the money. This leads to her confronting him and not getting an outright answer of true. This bothers her, in ways that are almost unspeakable, for she tries to create this environment of open and honest communication yet Otis refuses to participate unless it is to be rude, immature, and selfish.

But, while his mother deals with his lies, Ruby may be beginning to understand his appeal. For while Otis is lanky and nerdy, he is also kind. He helps her get a morning-after pill and when she opens up about her dad having MS and what that has done to the family, he is nice about it. In fact, compared to other guys, he is outright an exception.

With all that is happening at work and with Otis, Jean turns to Jakob, and while he is more than willing to be an ear, as for reconciling and recoupling? The answer is no. For Jakob, while he recognizes he isn’t as educated as Remi, he does understand boundaries and after recovering from what happened with his ex, he isn’t trying to have something serious with someone who would break his heart.

Besides Olivia dealing with being collateral damage in Michael’s plight against Jean, she also finds herself being falsely accused of shaming Ms. Sands’ need for dirty talk. But she isn’t alone. Vivian, Lily, Ola, Aimee, and Maeve are all accused of writing it, despite it being some boy who loves Ms. Sands. But, in being forced together, Ola and Lily reconcile and later on become a thing, and all the girls show support for Aimee by noting times they were catcalled, groped, flashed, or made uncomfortable by men. Leading to them, the following morning, riding the bus with her to show comradery.

Isaac has had it in for Erin for ages, and it isn’t because he doesn’t like her but more so him feeling abandoned by his parents makes seeing Maeve’s mom come back for her triggering. So, upon discovery that Erin has been lying about going to work, he giddily tells Maeve and Maeve sets a trap. One that Erin falls into and this leads to her admitting she lied. Which, with her making it clear she is clean, Maeve lets this trespass go. However, Erin is warned not to lie again.

Thanks to persecution in his home country, assumingly not France, but it isn’t clear where, Rahim’s family moved. With that, it seems atheism has came with them, and it makes him going to Eric’s church awkward since Rahim’s desire to always tell the truth reminds you of someone who has autism. At least in terms of his delivery and him not seeming to fully understand the problem of saying what he says in front of certain audiences. 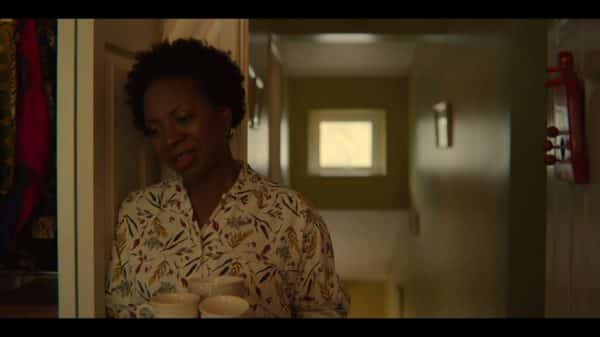 But, when it comes to Eric, he seems sort of okay with the idea that him and Rahim have difference but can love each other anyway. However, with Eric’s mom, Mrs. Effoing, saying that Rahim takes away from his sparkle, it seems he may put his relationship under a magnifying glass a bit more – even if he and Rahim said they loved one another. Though with Adam missing Eric, and noting this to Otis, something could happen.

Aimee’s Storyline & The Girls Coming Together

Aimee’s assault began with something she tried to brush off as normal, an everyday thing to not be taken seriously, and it evolved and gave the young women of the show more than something to bond over. It showed the various ways, even before they are a teen, girls and young women are harassed and assaulted. All the while not having any sort of adult in the room and, thankfully, Aimee also noting how Steve’s attempts to make things better don’t help. That is, alongside, as Ola notes, it sucking that one of the most notable things which keep men from misbehaving is other men. Yet, generally, they don’t say anything unless they know the girl. Though considering Anwar said nothing when Olivia was groped, there are exceptions.

But the point is, each young lady has a vastly different life and style from the next, yet they all suffered just the same. And that, ladies, gentlemen, and those non-binary, is what women go through. There has to be consequences to your actions, and for lead characters, often, we don’t see that. Consistently, they are forgiven, things are explained away, but that doesn’t happen for Jean. Jakob’s feelings were bruised, he sees her capable of doing much worse, so he protects himself and you have to respect that.

Surprisingly, Otis and Ruby were cute. Maybe it is because he brought something out of Ruby that wasn’t expected and made her more than this mean girl. Either way, between Asa as an actor, or just his dynamic with Ruby’s actress, there was something there that hopefully isn’t forgotten about just because she got the plan B pill she wanted.

Things are a bit rocky for Maeve right now. Yes, she made up with Ola, and they have moved past their beef, and things with Otis could very well recover, but easily Erin lying could have been the last straw and be what led her to think she has gotten soft. However, she instead gives Erin more rope to possibly hang herself. And it is in seeing Maeve forgive that you are left hoping Erin is serious about what she is doing and isn’t just using Maeve for a place to stay.

While we love Jean and find it unfortunate she has lost Jakob, and likely thinks Otis betrayed her trust, Michael’s takedown was so clean that it was almost comical. He took that woman down in such a way where the kids won’t trust her, parents, and now all that is needed is him covering his tracks. Which I bet you he didn’t do so the hilarity is sure to continue.

Jackson Reconciling With His Mom

While it is unfortunate we barely see Jackson and his birth mom Roz interact, let’s be honest, Sofia, with her intensity and clearly European features, he dynamic with Jackson is the more interesting one. Especially in regards to not the fact she is raising him, but how. For with her pressing him to athletics so hard, and the way their relationship came off, it made you wonder if she was aware of how it looked? To which the answer isn’t really clear. She admits that she felt, if she left, she wouldn’t get to maintain her relationship with Jackson, but the racial dynamics aren’t really touched upon.

Though, let’s be honest, Sex Education isn’t really a show that has any desire to touch upon race all that much.

Here is my thing, do I enjoy LGBTQIA+ representation? Yes. However, it is very weird that nearly every time someone expresses that to another, in our viewing experience, it is reciprocated. Surely there has to be moments when it isn’t but friendship is still on the table, right? The journey of that would be interesting to watch, and considering Lily has, thus far, always been about men, it seems she might be settling for Ola just because she smells nice and is interested.