While “Love Life” does avoid certain topics and stories to maintain its levity, it is definitely a hit for HBO Max for a reason.

Since Darby was a child, she has struggled to maintain meaningful romantic relationships. It is said this is due to the divorce of her parents, Claudia and Larry, and neither setting the example of love or giving the kind of love, Darby needed. This problem followed her through high school, and with the first guy who reciprocated her feelings, Luke, devastating her, it seemed she would follow a toxic trend set by her mother’s side of the family.

However, in New York, under the guidance of her best friend, and one-time maternal figure Sara, Darby navigates varying relationships to learn not only how to love, and accept love, but to hold people accountable without fearing she’ll lose them in the process. 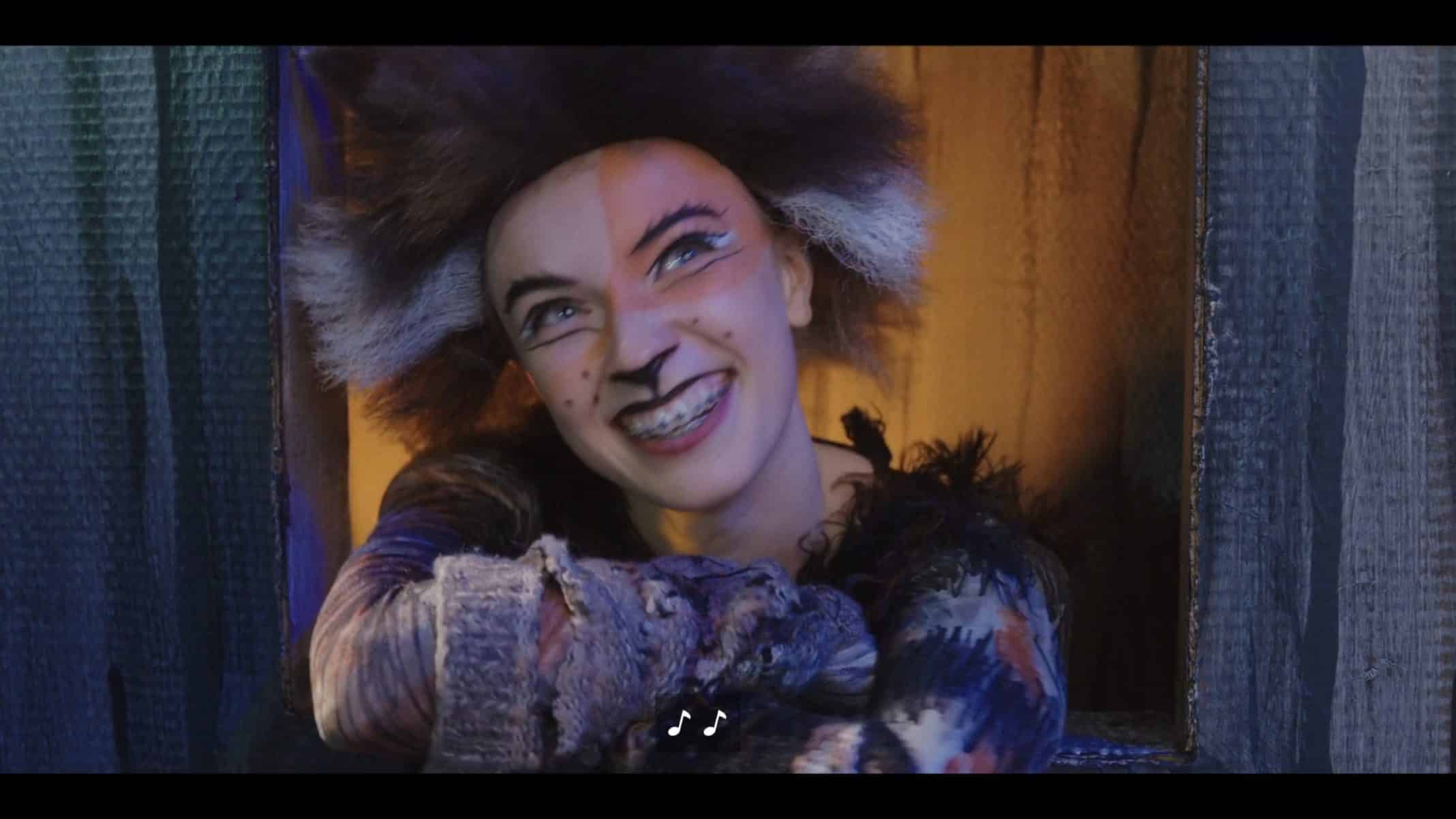 The journey we go on with Darby is far from simple and needed the right person. After all, watching a girl go through terrible relationships and wonder where she went wrong doesn’t work for every show, see “High Fidelity.” So when it comes to Darby, who sometimes is given the short end of the stick. There had to be an actress who would get you to commit to rolling with the punches, no matter what happens.

Kendrick is that actress. With her, we go through heartbreaks, Darby cheating, being a dope, and you never want to give up on her. All you want is for her to get her happy ending because you see she is trying, adapting, and showing a real effort. Something you don’t always get from a romantic lead, since often we are taking things day by day, or week to week. But in “Love Life,” with jumping months between episodes, it feels like you get what you need, minus the fat.

Making it so, between Kendrick and the season’s pace, you never grow tired of Darby and her journey of self-discovery.

While the show doesn’t deep dive into Sara’s issues with love, what we get does leave you to believe this could be Sara’s show, and you’d still enjoy it. For what Chao does with Sara elevates her beyond that party girl who becomes a burnout. With her, from seeing her as the one put together, in a long term relationship, and the maternal sage, to basically bottoming out, you are reminded how much relationships take work.

Also, you are allowed to see the rare depiction of a long term relationship between twenty-somethings—especially one which isn’t made out to be overly romantic or hellacious. Rather, you see what happens when two people get so comfortable, the relationship just goes on since they are on the same page.

But, when one person or another decides to look forward, the damage that is done when a lack of communication reveals all the fractures in the relationship. The ones long ignored because both parties didn’t want to rock the boat since being out there, going through stuff like Darby was, it is frightening. 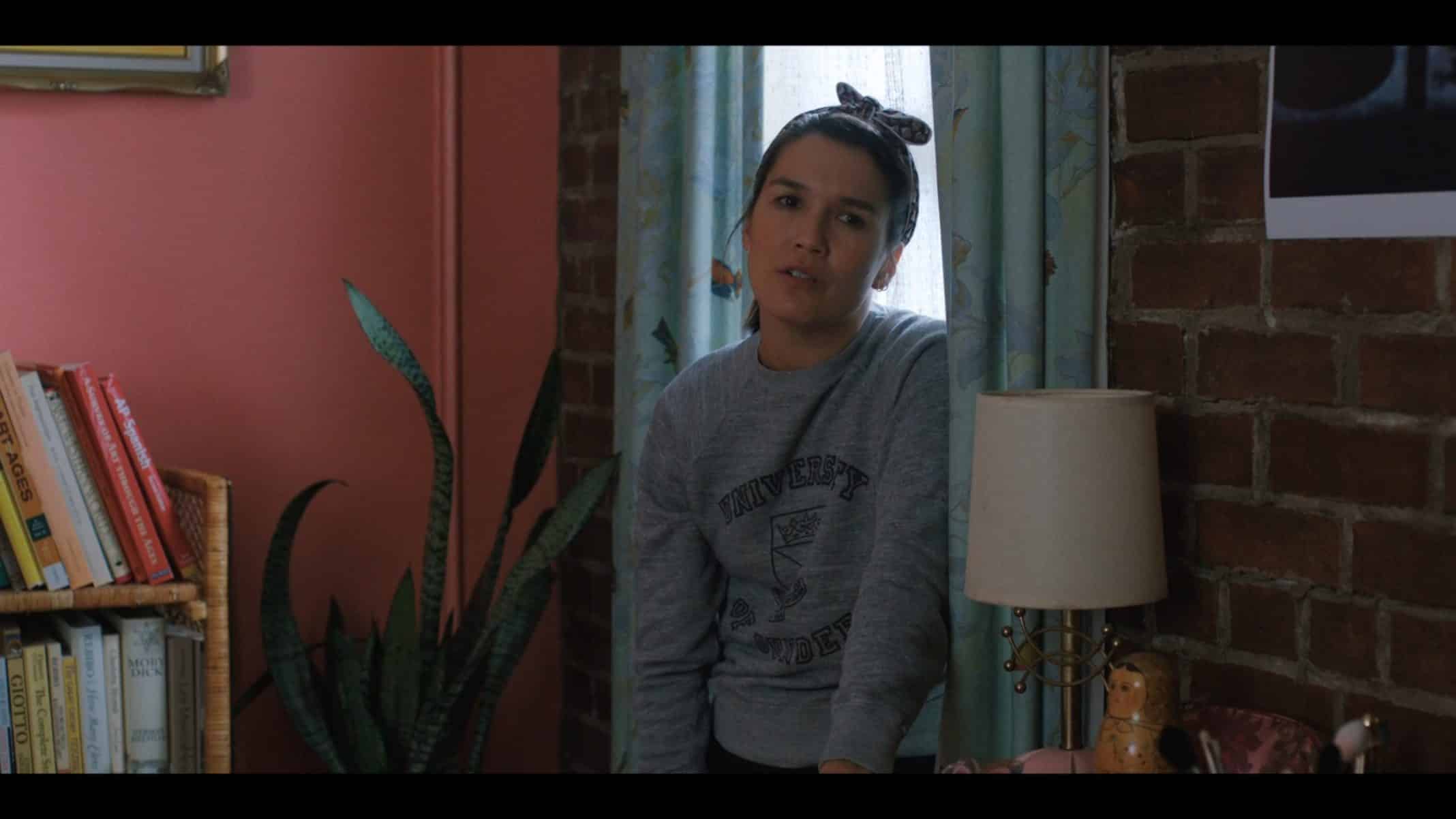 But, even if you separate Sara’s love life from what she brings to the show, there is something about her talking about her relationship with her mom and having a similar story to Darby, which is intriguing. Which does lead to so much frustration that, even in an episode focused on her, we don’t meet her mother, sister, or go in-depth about how her relationships with them formed her. However, considering Darby’s going to appear less in season 2, I wouldn’t mind if we redid everything from Sara’s point of view.

Often it is said that the parent we had the most complicated relationship with is the one who will have the most influence on us. For Darby, that is Claudia, who brings to the show the idea of generational trauma. For with her mother having an unplanned pregnancy, and not showing the love Claudia needed, she passed that down to Darby. Which from generation to generation, you can see the damage was getting worse and worse.

So, to see Darby go from dreading her mother coming around to her being the first phone call whenever something happens, it warms your heart in so many ways.

The Diversity of Darby’s Men

One of the things we loved early on in the show is Darby got to play nearly every role you could imagine in a relationship. Darby was the younger woman to the older man with Bradley and got absorbed into his world. With Augie, she was with the man whose ambitions and beliefs didn’t meld with hers and made dating a challenge. Magnus provided her a view of what it is like to be with a charmer who is only as good as he feels like he is winning in life.

Then, with Grant, we got a post-baby relationship and dating after stretch marks, while lactating, and needing someone to understand they can’t come first. Which, we’ll admit, Grant came off very ideal, in some ways, but certainly not in others.

Which is another thing we loved: None of these men began or stayed prince charming. They were all allowed flaws that unfurled with time. Leading to yet another exploration of, what can you love beyond? Can you deal with a gambling addiction? What about the guy being pompous? Can you love someone despite feeling they are possibly taken advantage of you?

Through each man, you can see Darby make a realization which preps her better for love, and it really makes you appreciate how painful yet educational the dating process can be.

It hurts me in a way to note Mallory as a low point, but she is. Often she felt like the token Black person who existed to check off the box of having a Black character. Then, her being lesbian seemingly was just to acknowledge New York’s queer population. But with little said or done with Mallory, it made you question why the actress’s name was amongst the series regulars when we rarely got an opportunity to bond with her?

I mean, take note, Sara’s journey with Jim, her job, and how her relationship changed with Darby made her almost on par with Darby. The various men Darby dated, be it Bradley, Magnus, Augie, or even one night stands like Danny, they left a more significant impact than Mallory.

Leaving me to wonder, was Mallory meant to be just one of Darby’s roommates, a friend, but not someone Darby was close to, or were scenes cut?

I know the idea of a woman having “Daddy Issues” is a bit played out, especially since it has become an insult, but it was strange how Larry barely existed. Not that I don’t get Claudia, and the generational trauma thing wasn’t a big deal. However, between her dad’s alcoholism, and him starting a new family, it seemed Darby had some issues stemming from her father as well. So him being in, what? Two to three episodes and us barely getting to know him, it kind of sucked. Especially since he was the nice one, between Darby’s parents. So you’d think she’d be closer to him and they’d talk more.

It Doesn’t Address Culture or Ethnicity “Love Life” doesn’t really dig much into culture. It perhaps is the one thing that isn’t explored when it comes to relationships, and while you get a taste of cultural differences, through Jim being Jewish and Sara not, it doesn’t touch upon Darby’s interracial dating. Which, I get, is a complicated subject you perhaps can’t jam into a half-hour. However, between Augie, who has multiple episodes, or Grant, who we meet in the finale, it would have been interesting to explore the things Darby doesn’t know about Asian culture, Black culture, and how that affects a person who is open to interracial dating.

Perhaps the issue “Love Life” has is that in trying to be approachable and universal to anyone’s love journey, it loses any sense of specificity. Meaning, using Kendrick’s charm, it allows anyone to relate to her without Darby ever truly becoming her own person and going through something that can be specific to that character. Thus leaving racial dynamics behind for it would call into question topics that would complicate the levity of Darby’s story and force a more serious tone than the show ever intended.

Hence the mixed label. In many ways, “Love Life” feels like a rehash of what we’re used to, with each episode focusing on a different romantic comedy, drama, or straight romance film, you grew up on. And just like those films, there was the best friend who deserved more, the other who you felt you barely got to know, and so much left unsaid, unanswered, and unexplored, that it leaves you almost unfulfilled. 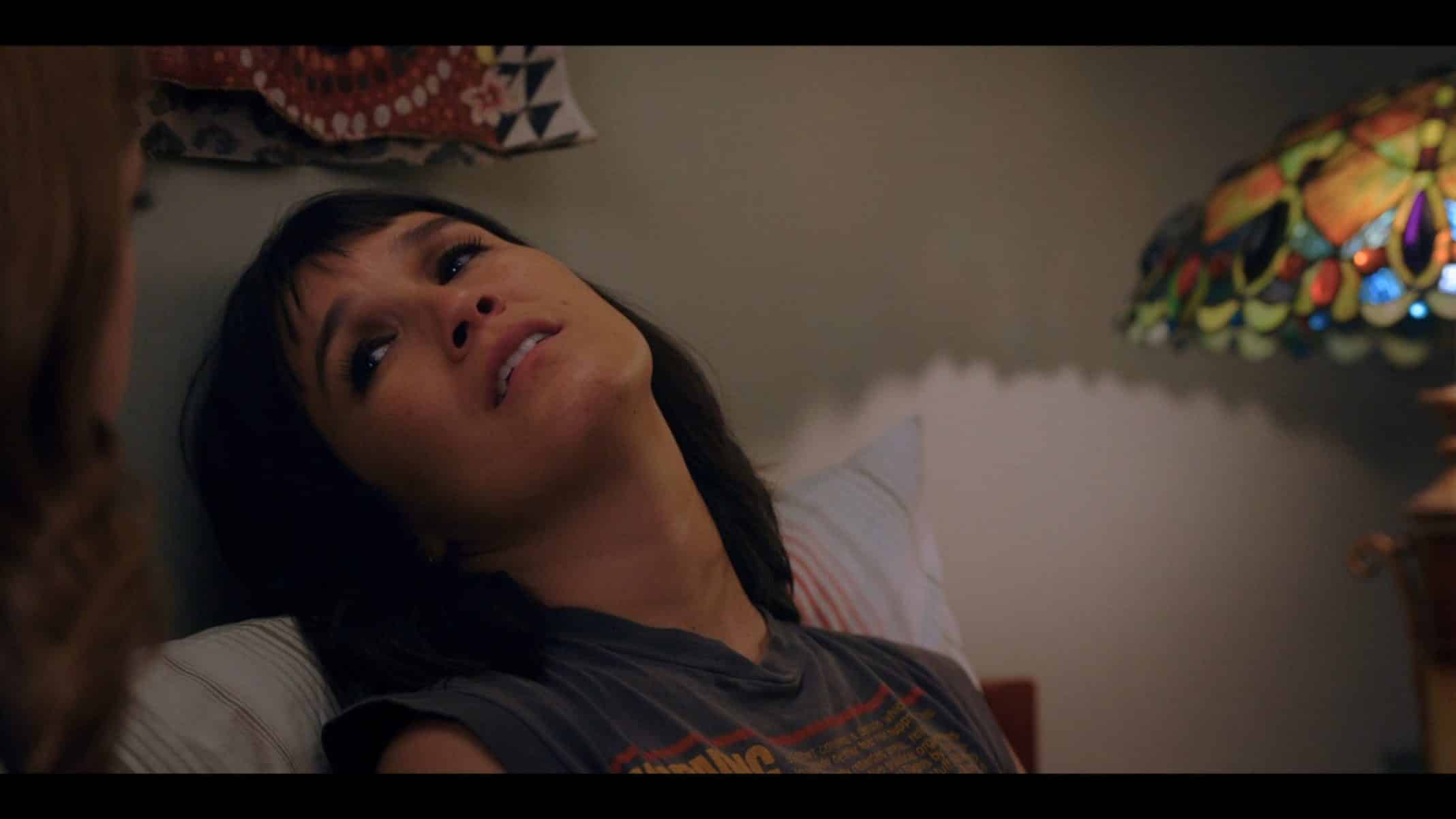 Yet, in the moment, and soon after it was over, there was no denying the high and feelings it stirred up. So while we may have some personal grievances, “Love Life” is definitely worthy of the hype it brings to HBO Max.

Sara or Mallory As The Lead

Mallory had a whole ass journey to find love that was barely focused on. We saw multiple girlfriends, of which barely any of them were named, and it would have been interesting to dive into what dating was like for her, as a dark-skinned Black woman.

Then with Sara, just seeing her and Jim’s relationship from college to what we saw at the beginning of the season would be something. Never mind what happened in that gap between her hitting rock bottom and meeting her husband.

I can’t remember where I read it, but I believe there was an article noting season 2 could focus on someone in a long term relationship who realizes they are unhappy. Under the assumption that could be what we get, it would be interesting to see someone in their 40s, 50s, or beyond in such a role. Primarily due to there just not being many middle-aged or older people that is explored with.

For example, imagine someone who is a grandmother, raised in the time of when divorces weren’t a thing, deciding she had enough. I think it would be cool to see them rediscover who they are and what it is like to date in the modern age. Maybe with a slight “Better Things” spin, in terms of dealing with ageism, yet still presenting the hope that, no matter past circumstances, you can find joy.

It Doesn't Address Culture or Ethnicity - 74%

"Love Life" is definitely worthy of the hype it brings to HBO Max.