Rhythm & Flow begins with the need to question, to be rap’s next big superstar, what’s more important: Lyricism, being a performer, or accessible to a white audience?

From one of the top commercial rappers in the modern age to someone whose longevity speaks for itself, alongside a rapper who found notoriety, fame, and even earned a Grammy, all while independent, we have a diverse group of judges. So it only makes sense the people they choose to guide them, and also the contestants they pick are just the same.

In the premiere, we get a young man named Inglewood IV who has a story your familiar with. You know, someone trying to make it in the world, do right by his family, and not succumb to his environment. Then there is Rae Khalil, a 22-year-old who comes from a prestigious family, got a different look to them from the norm, and knows how to rock the mic. Follow them is Ali, a 21-year-old who, like Rae, fits into that sort of Pharrell look to him and like the superstar, can switch things up if need be.

The last two are older gentlemen in D Smoke, a 33-year-old dude who is a teacher and bi-lingual, and Old Man Saxon. Homeboy dresses like T.I. and the rest do, mostly when they aren’t performing, and unlike most acts, he isn’t necessarily trying to do conscious rap, show how quickly he can spit bars or any of that. He is showcasing personality and originality in ways which may not make him the one to beat, but will definitely know someone out the competition if they get caught slipping.

With the show heading to LA, Atlanta, NY, and Chicago, just due to geographic location, you’d expect different styles by the time the actual competition starts. However, LA showed out. From those with the homegirl look like Rae to Old Man Saxon, it became clear that just because everyone found their way to the city of angels, it doesn’t mean they were bringing the same thing to the stage.

As for who from LA has a real shot at winning? I’d bet Old Man Saxon.

You Can See What Each Judge Brings To The Table 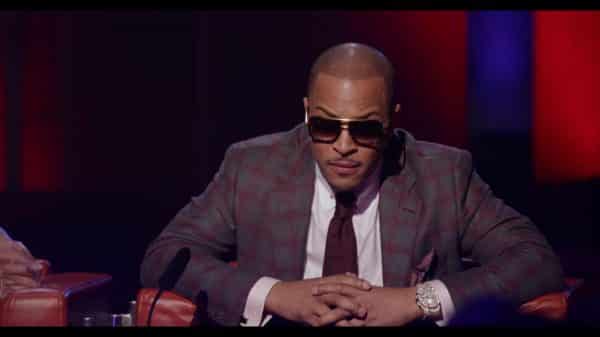 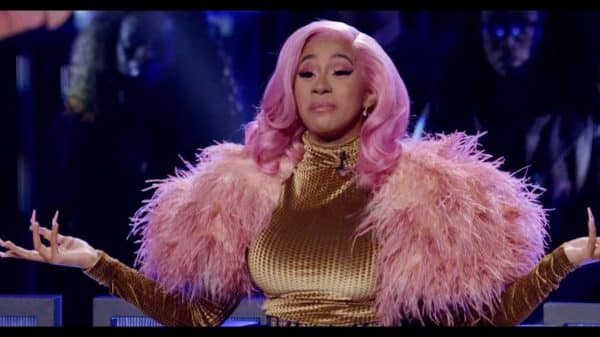 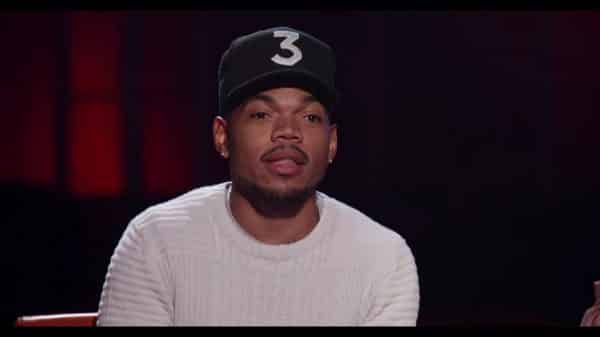 Each person on the dais brings something different. With Chance, he went the indie route, and with that, he knows the struggle of not necessarily having a machine behind him, and having to build himself up to a position of prominence. When it comes to Cardi B, she reps for the female rappers and those who rely on their visuals, just as much as their music. Also, compared to Chance, and this is no shade, she is mainstream.

Cardi B can just as much do a straight hip-hop/ rap record as much as do a pop record like being featured on a Maroon 5 song – and go to #1. Also, one could say that unlike TI and Chance, Cardi B is a rapper whose success and fame are born more so from her being a quality performer and a big personality, than her lyricism. Which is how Chance has a leg up.

But, when it comes to TI, he has the best of what Cardi and Chance bring, and to add in he has his own label, which has produced successful acts. Mind you, he has denounced Iggy Azaelia, but let’s not pretend she didn’t create hit songs under TI and made her mark. Also, between the three, he has had the longest career, has an established acting resume, and has diversified himself so that he can truly call himself a multi-hyphenate with very few notable failures.

While nearly everyone had a dead or absent family member, you weren’t presented the idea, over and over, if they weren’t chosen, that would be it. Did some, like Inglewood IV, who was crying while the judges were deliberating, really need a shot? Yeah. But it was more so the young folk who made it seem like they needed this signature of approval – as you would expect. Luckily, the 30 and over crowd were a bit more chill and helped balance things out.

You Will Likely Disagree With The Judges

At times, it may not seem 100% clear what the judges are looking for. If not, whether or not they can find all that they are looking for, as a trio, in one person. Cardi B is looking for personality, Chance is looking for lyricism and T.I. looking for longevity and how they can be commoditized. This is alongside who can attract an audience, white especially, and who can perform in front of an executive and not scare them off.

We’re presented so many factors in their thought process, that I can guarantee you, from a fan perspective, versus someone in the industry, you’re not going to agree with the judges. Especially in terms of who has the look, sound, or what have you, to be successful. Because some of the rappers they cut, I can bet one or two will catch your attention far more than the ones who were chosen. In fact, I’d guarantee it.

Unlike other musical competitions, you don’t feel like Netflix simply found people who were credible enough and would accept what they could offer. Rhythm & Flow feels professional in every way possible. Be it the expectations of the acts, the packages used to build them up, and the folks being used to judge them. For there is this idea that, generally speaking, Hip-Hop is a community, and even though sometimes the judges are harsh, it’s because they see the best way you could contribute is either getting better or finding something else.

For with each having a different path to prestige, they know the journey isn’t one size fits all, and what is success for one may not be for another. Yet, what they can all claim is a sense of longevity, the ability to diversify, based on their talents as rappers and people, and knowing that the gatekeepers, beyond them, will kick the average person’s ass. So as much as you may not agree with some choices, and it doesn’t seem these judges are necessarily trying to mold anyone, you can understand that they don’t want nobody who will chew these kids up, spit them out, and be a mark on their reputation. They want someone who, like they did long ago, just needed a chance.

You Will Likely Disagree With The Judges - 75%

You Can See What Each Judge Brings To The Table - 90%