Episode “Green” covers Stan and Leo’s relationship and his motive for wanting to create the heist.

Who Is Ray Vernon? – Stan, Ray

Before he was Leo Pap, he was Ray Vernon. A man serving over 17 years in prison for an undisclosed crime, and who but Stan Loomis was his cellmate. Which was a good thing for Stan since Ray’s veterancy got him out of some sticky spots, especially since Stan’s hustle encroached on that of the Peckerwood gang.

The key to Stan’s hustle while on the inside was Judy. They met at a pharmacy she worked at, hit it off, and while it isn’t clear if they are dating or not, they are close and are certainly business partners. But, when one of Judy’s suppliers gets out of the game, that is when Bob enters and blows up what was keeping Stan hopeful.

His loss of hope comes at the same time when Ray learns he likely has Parkinson’s from Dr. Wagner, and with there so much he wants to do, specifically, when it comes to his daughter, Ray decides to escape.

Originally, Stan wasn’t for this, but the whole Bob thing has him change his mind, and rather than escape some old-school way as Ray wants, Stan uses his cooking skills to drug a good portion of the prison population for a distraction. But, while Nurse Clemmons and the rest are distracted, and it seems Ray and Stan could easily get freedom, Stan decides to sacrifice his chance at freedom and to be with Judy, so Ray is given the extra time he needs to get out.

There Is More To The Story Than You Know – Hannah, Ava, Leo, Roger, Dr. Wagner, Stan

Now, how does Ray become Leo and get out of prison? To answer the second question, it is because of Dr. Wagner. While the commotion was happening, thanks to Stan’s drugged oatmeal, Ray used a key he whittled out of soap, based on the key a guard had, and made his way into Dr. Wagner’s car. A vehicle he worked on after Stan “accidentally” cracked the windshield. Which, with Ray being willing to fix it for free, as part of his auto tech duties in prison, this led him to having all the time needed to outfit the trunk and backseat to be a perfect hiding space for his escape.

Now, once he does, his first stop is seeing Ava, who sets him up with a new ID in Leo and gives him directions to where his daughter Hannah is. Mind you, not willingly, since Ava helped Hannah start a new life with a new family, by Ray’s direction. But with Ray wanting to reconcile after a 17-year absence, she gives him the information he wants, and he discovers Hannah is working with Roger Salas – a potential part of why Ray ended up in prison.

So, with that in mind, Ray’s multi-year journey of revenge against Roger and his pursuit of keeping Roger from taking everything from him, including his daughter, begins.

If “Green” did anything, it gave us information. How did Ray and Stan meet? In prison. How long has Stan known Judy? More than 7 years. How long was Ray in prison and away from his daughter? 17 years. What we get is a lot of facts, including Ray’s motive for breaking out of prison and this $7 billion heist. Which is all useful information.

However, while we get facts, “Kaleidoscope” still lacks emotion, and with Ray and Hannah seemingly at the center of it all and being unable to deliver, the show might be in trouble. Ray’s motive for wanting to steal $7 billion being Roger’s betrayal, doesn’t have the oomph needed to care or bring the energy this show desperately needs. Then, pair that with Hannah’s scene with Ray being lukewarm and surely meant to be an emotional moment but falling utterly flat? This show might be doomed. 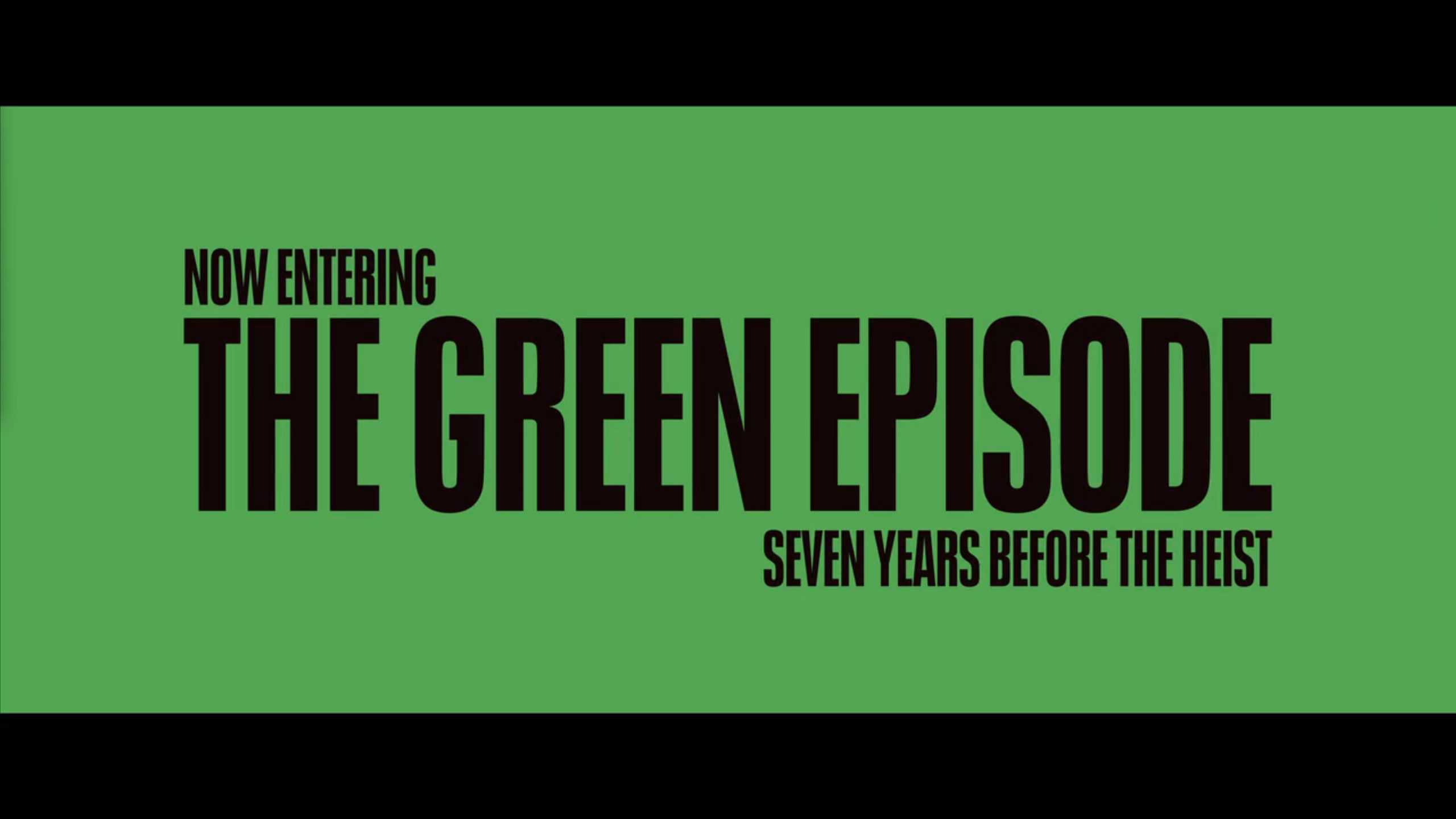 Kaleidoscope: Season 1/ Episode “Green” – Recap/ Review (with Spoilers)
Overall
While episode “Green” falls flat in the emotional department, at the very least, it begins the process of having relationships built to mean something. Also, we get an understandable motive that could drive interest in Leo’s heist.
Community Rating0 Votes
0
Highlights
Backstory & Motive
Disputable
Hannah and Ray’s Reunion
79
Subscribe to our mailing list