written by Amari Published: May 25, 2020Last Updated on May 26, 2020
2 comments
FacebookTwitterPinterestRedditEmail

In a Molly and Andrew focused episode, she meets Andrew’s family, and a confrontation with them leads to some reflection.

Like Issa, Molly blames the other person involved with the block party blow up and fully expects them to apologize. Showing there might be hope for their friendship but, with both wanting the other person to make the first move, they are at a stalemate. Though, as seen by Molly ready to make a dig at a moment’s notice, like when she hears Issa is hanging out with Nathan, you can tell Issa is still under her skin. Which for Andrew, he doesn’t play into for while aware of Issa, he is smart enough to know Molly is just in her feelings right now. Plus, with the way she talks about Nathan, he also knows she isn’t much for seeing other people’s perspectives unless she has to. 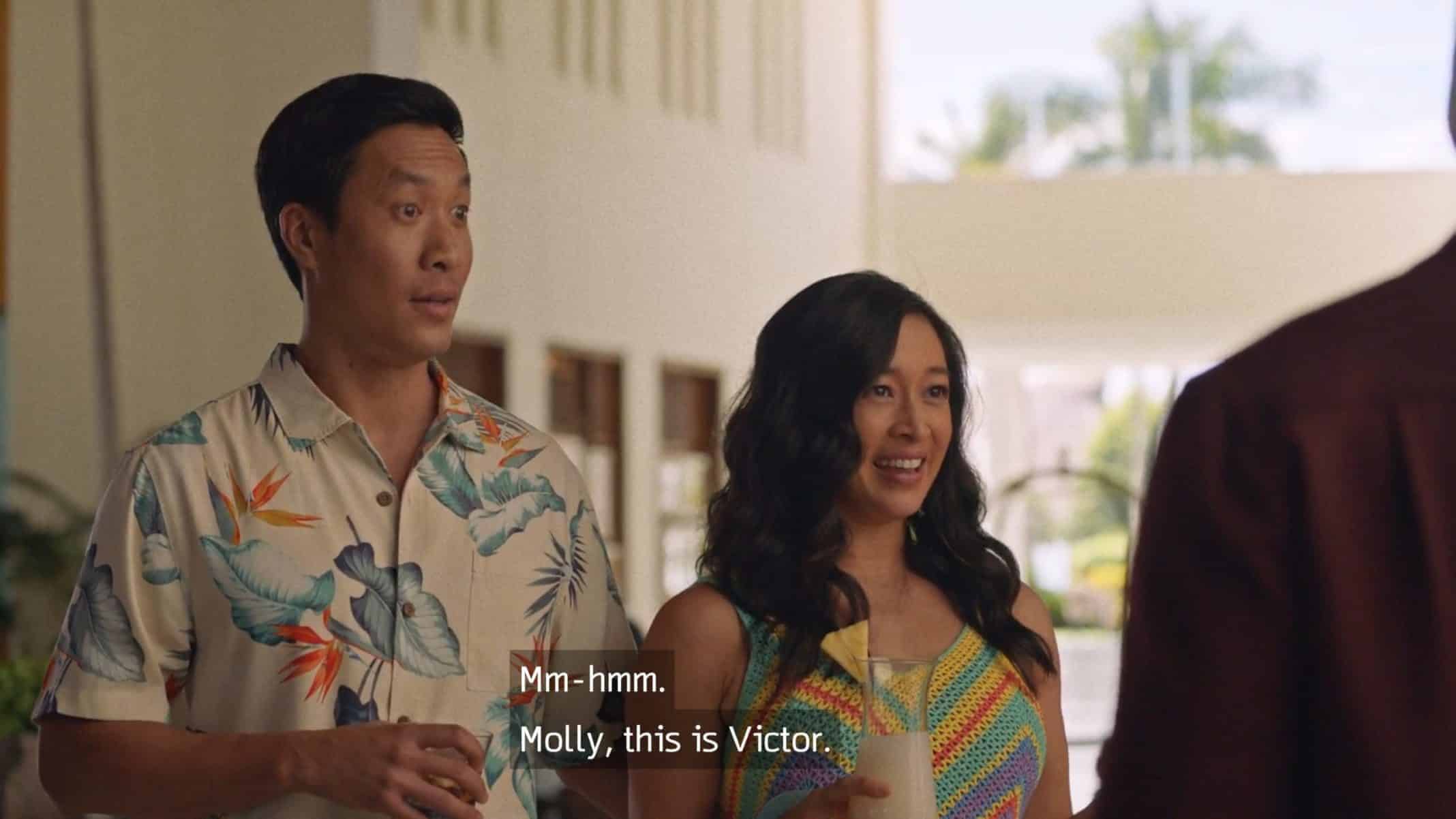 This seriously comes into play when Molly meets Victor and Lydia, Andrew’s brother, and sister-in-law. Who, at first, Molly gets along with, especially Lydia, since she is so complimentary. However, when Molly experiences a moment that she felt was racist, things take a left.

You see, Victor is one of those, “Let me play devil’s advocate” kind of jerkwads who like pushing people’s buttons. The type of person who thinks getting someone riled up makes for fun conversation. This, as you can imagine, for someone who is a Black woman 24/7 and a lawyer for a good part of the day, isn’t how Molly imagined her Mexico vacation.

But this isn’t to say Molly doesn’t make a misstep. Thus far, Molly and Andrew being different ethnicities hasn’t been an issue. Be it because Andrew is “down” or knows how to code-switch. However, while torn between defending his woman and trying to steer his brother away from pushing her buttons, Molly states a controversial opinion. She says that Asian people, when Victor notes he experiences racism, are only people of color when it benefits them. A very troubling statement for those in the conversation, including Andrew.

Luckily, however, by the next morning, it is water under the bridge. Meaning, still likely running through Andrew’s mind, but he’s passed it. Especially since he looks at Victor as the bad guy in the situation and knows Molly’s temper. Though you should fully expect Molly’s comment to make a comeback in the future.

And with that said, Molly going off on Victor, how she’s talked about Issa, and Andrew noting how he wouldn’t let things fester between him and his brother, it hits Molly. It makes her question herself, and with that, she calls Dr. Rhonda. So, expect Molly back in therapy soon.

The People Of Color Conversation

While Molly has made many an ignorant statement, like her opinion on bi-sexual men, early on in the series, this one takes the cake. But, there is a need to really take note on what she said since, lest we forget, Molly is a character. A group of people discussed what it means to be a person of color, and while Jason Lew is the writer, whether they fully concocted every last bit is unknown.

However, what is known is that statement is a conversation worth having, if not the need to question how the term “People of Color” or “Person of Color” is used. For while the blanket term is supposed to represent unity, the idea you don’t have to be skin folk to be kinfolk since we agree Europeans should have stayed on their subcontinent, is it always? We won’t go into that here, but it is something worth having real conversations about. 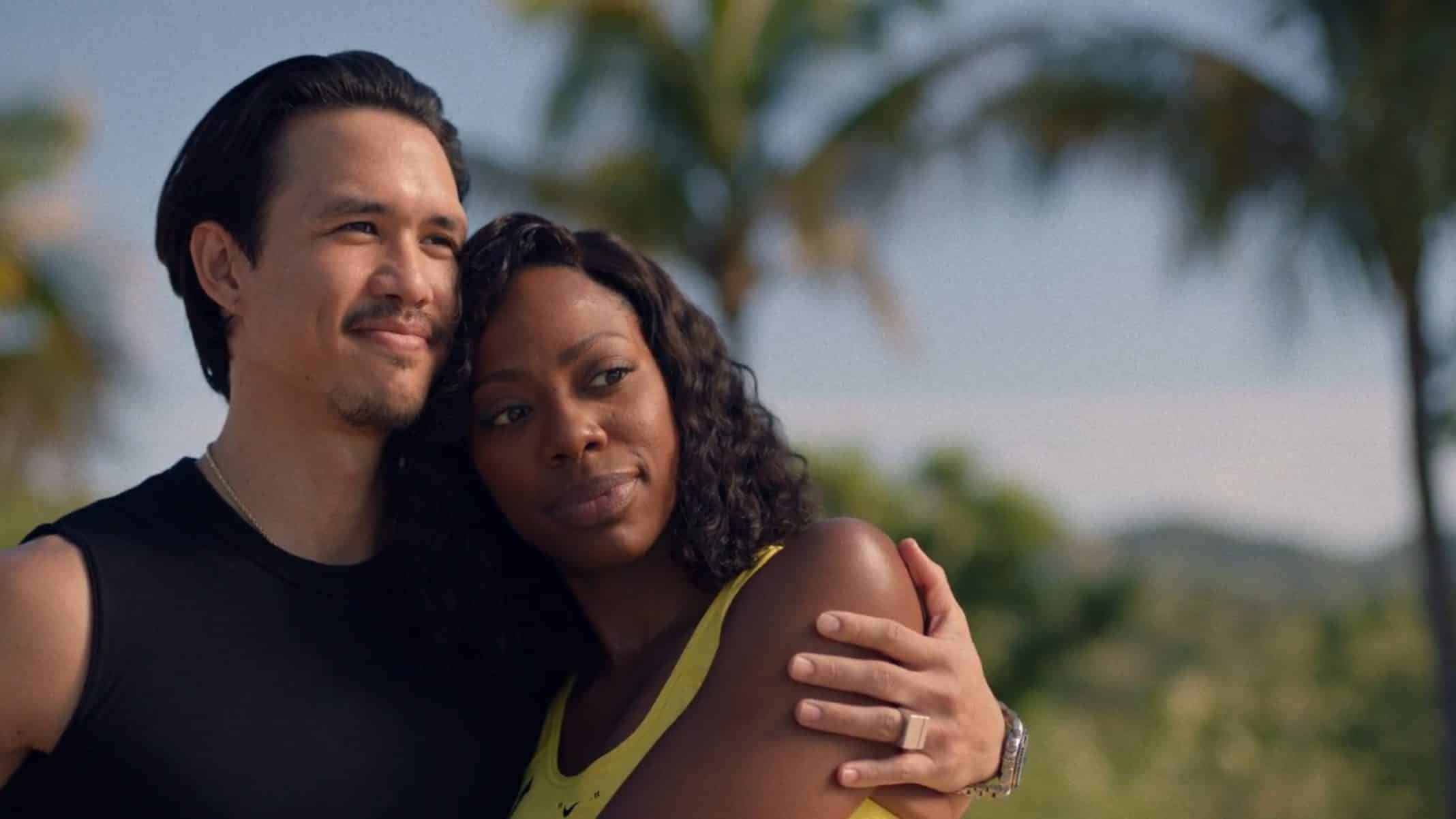 One of the benefits of Issa not being around and a different location than LA is that it forces you to really take note of Molly and Andrew’s relationship. Which with this being, roughly, a half-hour show, you usually can’t. Particularly since, when the show did focus on Andrew and Molly, usually they were dealing with some slight the other person felt. Thus, with the way this show is, you see them less as a couple and more so a ticking time bomb. After all, the only long term couple we know, Tiffany and her husband, we barely see to think anyone but them can have a long term relationship.

Making us see them have consistently happy days together, and no major issues after Molly was forced to defend herself, a big deal. It opens up the idea that boyfriends may not be an arc but could be permanent fixtures and not in a Lawrence way – meaning they hang around, damn near aimless.

I want to say there was a time Molly was eh about Andrew due to him being Asian. It seems so long I can’t say for sure, but I do believe there was some worry there. So for this episode to take on their racial differences and show, while Andrew loves a Black woman, there is the conflict of his experience as a minority compared to hers, shows tells you a lot.

For example, it helps you understand why some Black women want to be with a Black man exclusively. Having to explain and defend a moment you saw as racist is infuriating. Yet, with anti-Blackness being worldwide, for a multitude of reasons, it isn’t a here and there thing. It can hit you in the United States as much as Mexico for each country has a sordid past and present. Making it so, for someone like Victor, with wanting to play “Devil’s Advocate” pushing buttons, we’re presented a less idealized and romantic take on interracial relationships.

Can/Should We Expect A Underrated Black Hollywood Icon Each Episode For Now On? First Kyla Pratt and now Kim Fields? I would love it if they were series regulars, but just an appearance is worth getting excited over. So, the question is, who is next?

The People Of Color Conversation - 87%

Can/Should We Expect A Underrated Black Hollywood Icon Each Episode For Now On? - 85%

Has anyone been as disappointed as I have this season? Especially this episode, which for me felt forced… Molly and Andrew’s chemistry was awkward and the sex scenes made me wince. It makes sense they were written by a man. Why did Jason Lew write this episode? Add to that another one of Molly’s gaffes then ANOTHER maybe-Lawrence-Issa cliff hanger? Too much.

I think with Insecure, as it gets on in its seasons, it is pursuing growth that acknowledges the awkwardness and imperfection of its characters. Which, at times, comes off forced because the characters are breaking the molds they were originally in and in trying to reinvent themselves, it comes off iffy.

As for Molly’s sex scenes, I will admit, I feel like there is a push to show Molly could be fine without Issa and they took it to a place which overstated the point. Making it where you could feel they were doing the most trying to convince you of something they already had the foundation for.