Wherever I Look
Recaps, Reviews, and So Much More
Home TV Series In The Dark: Season 1, Episode 2 “Mommy Issues” – Recap, Review (with Spoilers)
TV Series

Murphy accidentally may have acquired a boyfriend as she pushes to get Tyson’s mom to file a police report.

Images and text in this post may contain affiliate links which, if a purchase is made, we’ll earn money or products from the company. Affiliate links and external links contain an upward facing, superscript, arrow.

With Jess being a gold star lesbian, it makes Vanessa commenting, or rather asking, if Jess missed penis in her life a bit troubling. For now she has to wonder if Vanessa is going through a phase, experimenting, and with her catching feelings, this scares her. So she buys a strap-on since that works better than having a conversation and, luckily, he fears are unfounded. 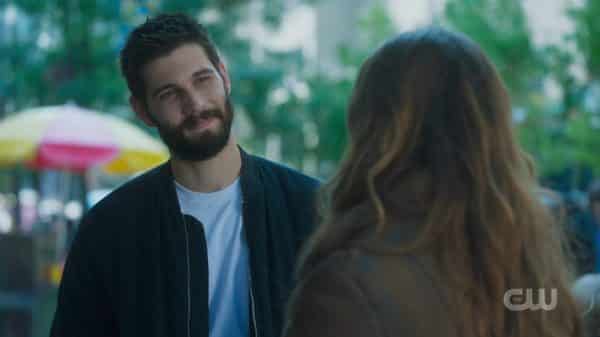 When it comes to Murphy, she doesn’t date. She just lets random men have sex with her, forgets to pee, and routinely gets UTIs. Which Jess questions and Murphy pretty much shuts down. However, in trying to get Tyson’s address from Darnel, she meets Max. An associate of Darnell’s who cleans his money with his food truck sales. But, upon meeting Murphy, all he wants to do is spend time with her.

Which he only gets to do since he knows where Tyson’s mom lives and so he exchanges a date for an hour with that. One which Murphy kind of enjoys but isn’t necessarily asking for a second one. Though, when Max pushes for one she accepts – if only because he was getting annoying

Due to there being nobody found, Dean hasn’t made much progress, and Tyson’s phone isn’t a priority. Which pisses Murphy off since the more she reminisces about the kid, the more upsetting it is that it feels like she is the only one who gives a damn – hence her getting the mom’s address. Leading to her, awkwardly, going to where Tyson lived, seemingly part-time, and revealing to his mom something might be wrong. Which she kind of suspected, but didn’t know for sure, but Murphy does push her to file a report, so mission accomplished!

However, in doing so, she has increasingly got onto Darnell’s radar and thus is on the radar of a woman named Nia. A person in prison who is acutely aware of the situation it seems. 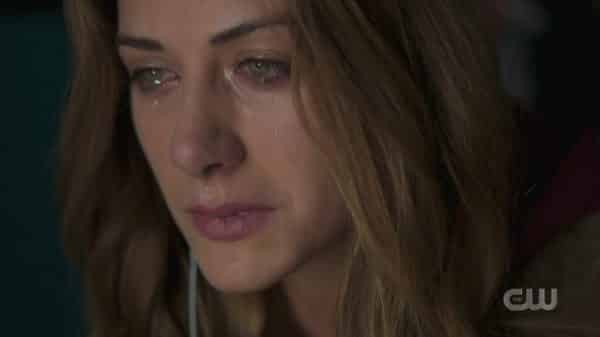 With seeing Murphy nearly assaulted, and Tyler stepping in, and their relationship after that, you can see why he developed a crush on her. They get along well, we see the nice side to Murphy, and it helps to push that she isn’t obsessed with finding Tyson due to some white savior thing. It’s because he saw beyond her being blind. I mean, he didn’t even mention the detail to his mom since it seems that, to him, was the least noteworthy thing about Murphy. Which you know made her happy.

I don’t want to pretend like there aren’t dozens upon dozens of shows which have lesbians characters, either on network TV, cable, and beyond. However, seeing them in normal, casual relationships isn’t something I consistently see. Outside of generation 2 of Skins, I can’t recall when a lesbian couple wasn’t hyper-sexualized like in After.

Murphy Has A Boyfriend

Okay, they aren’t dating, and she is very iffy about Max. Yet, it is always nice to meet a character who is at rock bottom build herself up. Plus, as cool as Max is, there are certain complications. The first is he is cleaning money for Darnell and the second being that he is a former whore. So when it comes to Murphy, it seems they both are trying to do something different. Leaving you to wonder will this new guy take and, with her being blind, how that could affect dating a guy who outright said he used to be a hoe?

I Think We Need Flashbacks For The Joy & Murphy Relationship Hank and Murphy are locked in at this point. They had their moment episode one, and while it is a little too perfect, it’s enough to get you in your feelings. In comparison, Joy and Murphy are just – stale. It’s like, their arguments are meant to show they have a relationship rooted in conflict. One in which Joy tries to seem like this benevolent mother and Murphy has the attitude of, “Get over yourself. I’m not having a hard time so why are you?”

So I’m hoping with seeing them at an earlier stage, maybe that could bolster things since either the writer or actors just don’t nail the relationship.