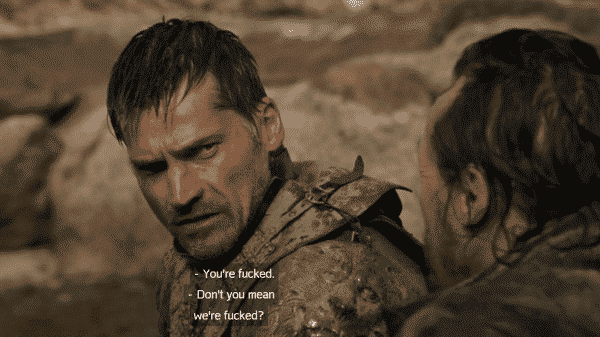 A slew of reunions come about and only three lead to smiling faces. The rest lead you to believe someone is going to die.

With Jon gone so long, it leads to the lords of Winterfell getting antsy. Which, being that Sansa has political training, she fields their complaints and calms them. Something which seems odd to Arya for her training has had her kill those who are a threat. Yet, in their moment of disagreement, it becomes clear to both who the other person is. Arya is someone who has fully given into the darkness of Westeros as Sansa still tries to fight it off.

Meanwhile, Little Finger is using his association with Sansa, and the power of his name, to wheel and deal. To do what exactly? Sadly this is hard to say. What is known however is that Arya is on the case. But, no matter how much she has trained to be no one, age brings about an experience that training cannot be matched by. 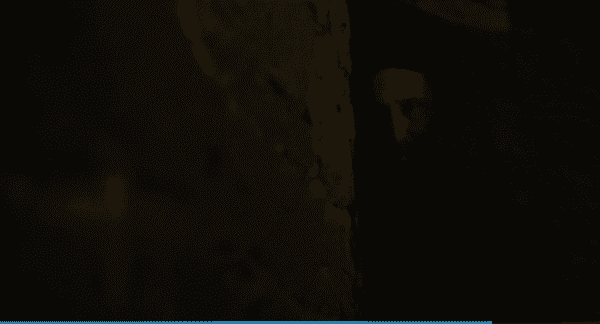 I know I wasn’t the only one waiting for Little Finger to show his true colors. He has been playing a sidekick and mentor too long. Between trying to become King of the North or maybe betray the Starks to quickly gain prestige with Cersei, some plan has to soon be hatched right? The only question is, will Arya discover it before she ends up dead for it?

Hold up, let’s be real, of all the people who could kill a Stark, much less Arya, Little Finger is way low on the list. There is a better chance of Sansa turning into Cersei and killing Arya to protect Winterfell before Little Finger lays a hand on anyone. Much less orders a killing.

But with the idea of Sansa killing Arya into play, I think one of the things Arya seems to be pushing is Sansa embracing her dark side. After all, that is how Arya discovered her true potential so of course, she is going to think that is how Sansa can obtain hers. Leading to what maybe the true fate of Little Finger which will be his death through the moon door maybe? It has been awhile since it has been used and it would be a fitting way for Little Finger to die.

The Enemy of My Enemy Is Not My Friend But Can Be Useful: Jamie, Tyrion, Daenerys, Jon Snow, Bronn, Brandon, Ser Devos, Gendry, Ser Jorah

With Brandon using his powers to see the Night King approaching Eastwatch, he sends ravens across the realm warning everyone. Of which, it seems only the Citadel and Jon takes the claims with any sort of seriousness. Leading to an odd series of events.

The first being Tyrion speaking with Jamie, fresh from a river, in order to maybe convince Cersei of having an armistice. One which would allow them, being Daenerys and Cersei, to combine their forces to kill white walkers. Something that is recognized as a difficult task, but Jon Snow is already talking about going beyond the wall, with new allies, to get the job done. 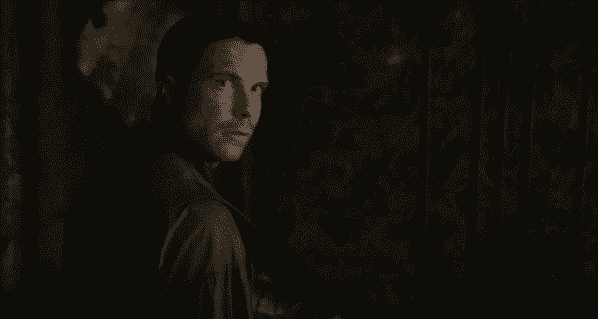 Meanwhile, Ser Devos finds Gendry and brings him back to Dragonstone. A place where Ser Jorah also shows up leading to quite a series of reunions. Though, perhaps the most important one is Cersei and Jamie’s of course. For never mind how many men he lost, or Lady Olenna’s last words. What matters there is Cersei is pregnant. Thus giving her reason to not necessarily fight as hard as ever, but smarter. Making it seem, if a white walker can be produced, she may be able to be convinced of an armistice. Though, as soon as it is over, expect her to end the war swiftly.

We have two episodes left and one whole season and it seems the war for the Iron Throne will take place in the last one. Which is fitting since how else would you end a show like this? However, with coming to terms with that comes the question if the battle(s) against the white walkers and Night King will eclipse the battle for the Iron Throne or not? Especially since they brought back Gendry [note]Who Ser Davos makes a rowing joke about[/note] and something seeming off about him. 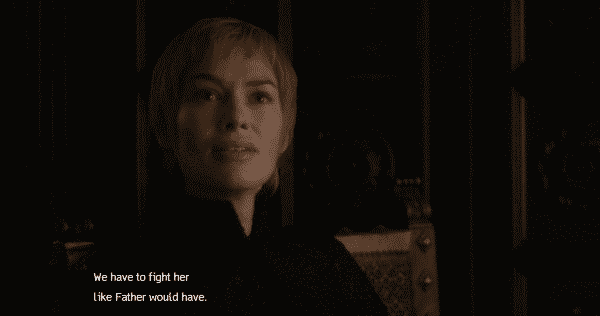 Is she prepping for a Red Wedding scenario or something similar?

What I mean by that is, with Cersei noting she has spies all over King’s Landing, leading her to know about Tyrion’s meeting with Jamie, so comes the question: If she may not have someone infiltrate the inner circle of her enemies? After all, Cersei is not a soldier. I do not expect her at all to kill any of her enemies through combat or even ordering someone to initiate it. Death for those who have lived since Season 1 is definitely going to come due to betrayal. Massive battles may kill B-Line stars like Ser Jorah, Grey Worm, Tormund, and etc, but as for the remaining Starks, Lannisters, or Daenerys? I can bet you they will not die on a battlefield.

For Cersei, if childbirth doesn’t kill her, I can imagine the end of her or Daenerys happening in the room of the Iron Throne. A place where, more than likely, a third party strikes the final blow. Which will either be Arya masquerading as Jamie, thus his reputation becoming the King and Queen slayer, or else a betrayal from one of Daenerys’ allies, if not Little Finger. After all, to expect a satisfying end from this show is hilarious. These are the people who want to make a show about if the American South won the civil war. Do you think they are really going to let one of the heroes win peacefully?

I wouldn’t be surprised if this show ended with more deaths of major characters than the Red Wedding. Leaving not a single character most are jockeying for becoming king or Queen. [note]It’s worth noting that Drogon seems to have taken to Jon Snow and lets him pet him.[/note] 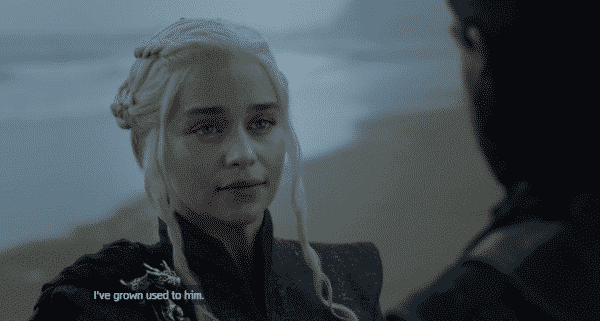 I think they will end up close but, at best, maybe a political marriage.

With hesitatingly given permission, Ser Jorah and Jon Snow head off to go beyond the wall to retrieve a white walker. However, it seems they won’t be alone in their journey. Tormund will join them, alongside Gendry, and the Brotherhood without Banners, featuring The Hound.

Also, being that he is tired of the Maesters being so smart they are skeptical of everything, Sam decides to abandon his mission to become one. Instead, he steals a handful of books and scrolls and with Gilly, and little Sam, they’re off. Which perhaps may lead you to wonder why Gilly’s name is important enough to name in the topic? Well, only because she drops a hint towards Jon Snow’s lineage in terms of Maester Maynard taking part in Raegar Targaryen’s annulment and a new marriage. However, Sam cuts her off from going further. 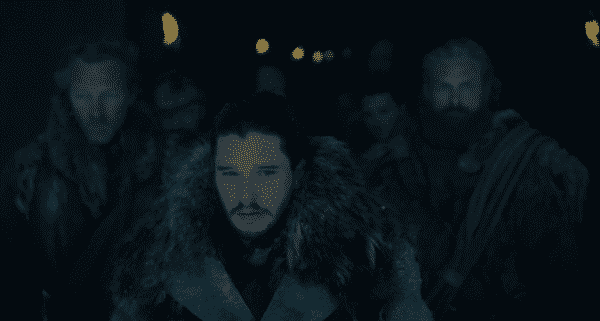 Even with three pages of notes, I feel like I’m forgetting something important. Which I kind of love. Thus far in this shorter season, there has been no filler. One can even argue that Daenerys’ longing looks have long term noteworthy meaning. For the stakes seem so high and this is the show which loves to mess with its fans. Well, outside of reviving Jon Snow. I still find that to be a punk ass move bringing him back to life.

With that said, I can’t even fathom, outside of what the previews show for episode 6, what can happen next? I thought we’d be done with the white walkers this season and that would leave the last season to be the game of thrones, but I feel like I could be wrong. At this point, watch the Night King end up getting past the wall and killing half of our favorites. Leaving him and his crew the new rules of Westeros. [note]It isn’t likely to happen, but you never know. Game of Thrones isn’t about making you happy as much as it wants to keep you entertained. [/note] 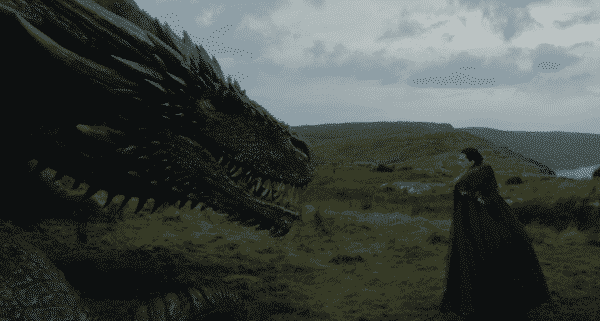