First Wives Club begins with lots of star power and comical moments but asks of you time to be what you may have expected.

Bree, Hazel, and Ari aren’t necessarily living their best lives. Hazel’s husband, Derek, is not only openly cheating on her, with some child named Stella, but sabotaging her singing career. Bree, with her husband Gary, are in a tough spot after him cheating and Ari? Well, besides her husband being a minute man, she is dealing with putting his political ambitions in front of her own career. Thus leaving each women questioning what happened to their lives and coming together to put it back on track. 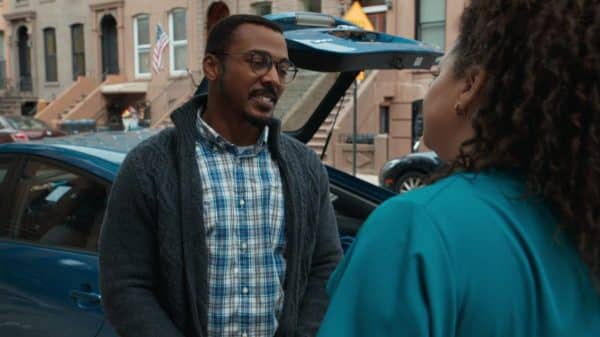 It Can Grow On You

As noted below, First Wives Club does not come off as an instant hit. Jill Scott is terrific but the rest feel like they are just trying to get the hang of things, get comfortable, and while I don’t wish to present the idea that there is this awkwardness, I will admit the pilot lowers your expectations. Yet, I want to say things can get better.

How and why? Well, Hazel and Derek can definitely carry the show while they figure out what to do with Bath’s Ari and whether they want Buteau to be herself or someone her fans weren’t expecting. Which may take a bit but with 9 episodes that are, thankfully, only a half-hour, it isn’t like the show is asking you to bear with for 8 more hours as it gets its s*** together.

The Men Being Varying Levels Of Trash

Gary, Derek, and David are not on the same level of trash and don’t deserve an equal level of hatred. David’s problem is ignoring his wife isn’t happy, probably having a porn addiction, and being a minute man. Gary is just the kind of negro who seems like he thought he got it like that, and when someone stroked his ego, he let them take it further. Then, when it comes to Derek? HAHA! Assuming his trajectory matches Elise’s husband in the movie version of First Wives Club, he likely forgot who put him on the map and dares to think that now that he has a name for himself, he can be a hoe and no one can say nothing to him.

While You Recognize This Is Likely BET Plus’ Flagship Show, It Doesn’t Seem Like It Should Be

Hazel: I am both frightened and intrigued.

The issue with First Wives Club is that it has the names but not the writing to fully tap into what each name could bring. As noted in an interview Bath and Buteau did on the BUILD stage, these characters were written long before they were cast and it isn’t until later in the season they were adapted to handle what each actor could bring.

Making it so Buteau’s comedic persona feels watered down more than fully tapped, and when it comes to Bath? She seems almost lost in the mix, dealing with a generic network TV storyline, than experiencing the full freedom that comes from being on a streaming platform. Much less one that’s new and is trying to justify its price tag with few new shows and a lot which can be gotten elsewhere.

But perhaps the biggest issue here is that Jill Scott handles her role so well that it makes you wonder if this would have been better as something she starred in rather than putting her in an ensemble? For it really does seem, if this show does improve, the work will be getting Bath and Buteau to not only tap into what they uniquely can bring to First Wives Club, but also for them to match Scott’s energy.

Which, honestly, I don’t know if they can do. After all, the show is already forced to battle with comparisons to the 90s movie, but then to not hit things out of the park from the get-go? I get, as Jill Scott said a long time ago, sometimes things are a wood-burning oven and not a microwave, but this isn’t some YouTube series from up and coming talent. Expectations should not be low just because this series is new and so is its platform – especially considering said platform is financed by one of the top media conglomerates in the United States.

The challenge here is recognizing this is a new show, but also taking note it is with actors with long careers, a writer who is on a streak, and that this show clearly doesn’t have a shoestring budget. Which is what causes a lot of frustration. You’d think this would be the perfect combo, something you’d love, and would recommend, from the start, but it isn’t. It’s the type of show which has potential and like your friend’s lame-ass partner, who they claim has talent, skills, or could be something, you got to wait around and see if that is true. Hence the mixed label.

The Men Being Varying Levels Of Trash - 81%

While You Recognize This Is Likely BET Plus’ Flagship Show, It Doesn’t Seem Like It Should Be - 75%