I want you to imagine the graphic nature of 13 Reasons Why and the realness of Skins (UK) turned up but with better performances, better characters, and more explicit scenes.

18-year-old Rue is 5 days separated out of rehab and has probably been a drug user since her early teens. Initially, she sought, or was given, drugs due to serious panic attacks. All of which began around the time her dad was diagnosed when she was 11 or 12, and it really kicked into high gear when he died around the time she turned 13. Since then, she has been in constant pursuit of staying high to avoid dealing with life and even after OD’ing and being found by her little sister Gia, she still wants that lift that liquid Valium gave her when she was 11.

But, the show isn’t just about Rue. It’s also about her eventual best friend, maybe potential love interest, Jules. A new girl who just moved to the suburbs after her mom and dad divorced. She is a trans girl, looking for love in all the wrong apps, but luckily runs into Rue during the party of Nate. He is your usual jockish douche who seemingly is the leader of the douches of the town. However, one amongst them, McKay is not like the others. He seems rather sweet, might still be a gentleman, and doesn’t look at girls as if he has X-Ray vision.

Case in point, he likes this girl Cassie who may have been with a few people, but isn’t how everyone tries to portray her. Those two are in the process of courting, maybe dating down the line, but that almost gets ruined since Nate got into McKay’s head. However, things end well, and not with them going to court over McKay raping her, since he isn’t that kind of guy.

And there are a huge swath more we meet but, as for an introduction, only two are left worth noting. The first being Fezco, Rue’s dealer, as well as Ashtray, someone younger than the entire cast who seems to be Fezco’s chemist. Oh, and we could also mention Cassie’s sister Lexi, whose life is the opposite of Rue’s, as well as Rue and Gia’s mom, Leslie, of course. That pretty much covers those you need to know as of now. 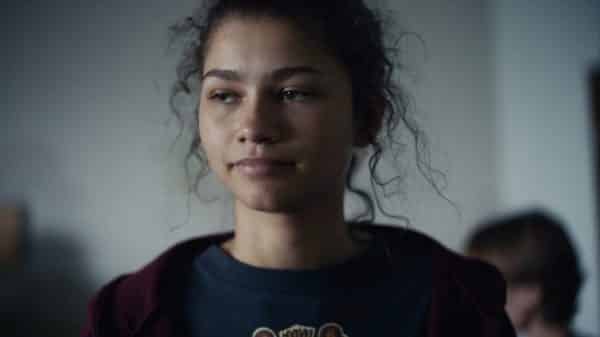 I think with any child actress, especially if they came out of the Disney farm, there is always that question of “When will they do a ‘mature’ role?” Which usually is less about them doing something that challenges them as an actress and more about them doing drugs, possible nudity, and being a complete opposite from what people know them for. When it comes to Zendaya as Rue, strangely, this doesn’t seem like a leap.

What I mean by that is, Zendaya doesn’t seem like she is trying to challenge your perception of her, shock you, or anything like that. She just appears as an actress playing a role that happens to be of a rather messed up (f***ed up – better said) teenager. And not someone who is f***ed up for your entertainment either. Someone who seems genuine and real, like you could drive or walk past them, maybe take note of their existence, maybe not, but the way Rue is crafted makes her far realer than what we usually get in shows like this.

I’m talking, Rue seems like she is out of the Skins universe if it got better with each generation instead of trying to relive the glory days. That is what Zendaya and Euphoria gives me. I don’t know a thing about the actress, but like Rue, there is something about the performance and writing which draws you in and leaves you at a crossroad. One which makes you want to embrace the character, help someone like them and do far more than perhaps they need yet also keep your distance for you recognize they might be beyond the average person’s help. That, in terms of where they are now, they need a professional, and at best you could be an ear, and at worst you could get sucked into their world and have a hard time getting out. At least out without either getting scarred up or leaving scars. These two I’m relying on as the baseline. For everyone else is on 8+ and these two are the closest thing to normal this show offers. So between their relationship, McKay not being a douche, and Cassie seeming rather sweet, almost like Skins’ Cassie but less out there, I need them protected by the shroud of Jesus.

While It May Not Represent Everyone’s Teen Years, For Those Who Got Into Stuff During Their Teens, This Is Relatable

I didn’t grow up in Florida, where I assume this is, but even with being almost a decade separated from my teen years, there is something which clicks for me. Be it those like Rue and Fezco who are seriously into drugs, yet seem like the nicest people you’ve ever met. Then people like Cassie who may have a sordid reputation, but it appears to be more rumors than how they actually are.

And I could go on and on and mind you, it wasn’t like I was some wild child growing up. Yeah, there was teen drinking, I knew some who did coke, and nearly everyone knew someone who had access to weed, and I was aware of people who died from DUIs among other things. But, even with not being really down the rabbit hole and being a borderline burnout, I can see people I used to know in everyone. Which triggers not just a sense of nostalgia but the need to question what happened to them? How did you not end up not going down that path, and how is this next generation handling the temptations that were put in front of you? Ashtray may have been on screen only a few minutes, but I love him already. Never mind he seems geeky as well, but he also is hood as s***. Add in he looks 12, at best, and I think he could be a real scene stealer.

One of the things I truly admire is how much heart we’re presented when it comes to Rue’s relationships with Gia and Fezco. With Gia, you get this weird functioning addict storyline that usually is reserved between parent and child, like in Beautiful Boy, or in older (as in both being adult) siblings like 6 Balloons. And it makes the fact Rue has no intention in getting better all the more heartbreaking. Especially when you add in Gia finding her when she OD.

Then, with Fezco, there is just something so chill about their relationship I love. Particularly that he is a dude, her dealer at that, who isn’t trying to push up on her but just chill and talk. Let her know, beyond the money, he cares about her. Which, with her dad out of the picture, and Rue not really having friends, hits you a bit. This dude, her seller, cares about her and sees something in her to want to talk to her and not just treat her as another client. Something that, believe it or not, with a lot of smarter dealers, is the norm. 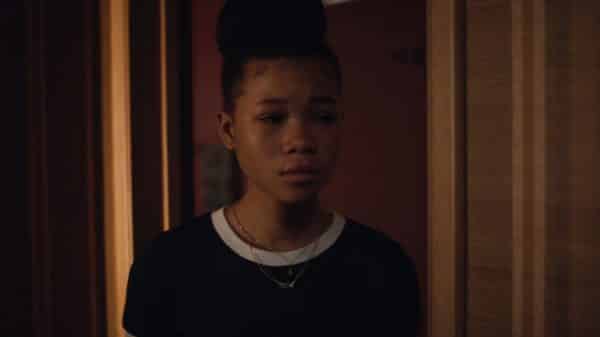 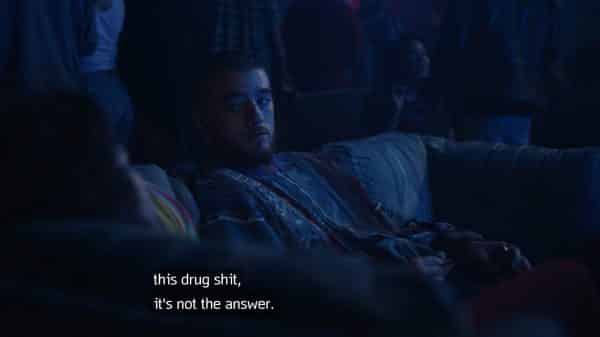 Despite The Nudity, Drug Use, & More, It Doesn’t Seem Sensationalized

Between Cassie’s bare breast, seeing Rue splayed out after OD’ing, vomit and all, among many other moments, this show is a lot. Yet, none of it seems for the point of entertainment. There is a point to this, and unfortunately, the point is that this isn’t a life only written about in YA novels. As noted above, this is real. Maybe a concentrated dose but no one seems geared for the purpose of shock value. Each person, be it Rue, Gia, or the ones whose names aren’t mentioned in this recap but exist, feel so real that if your Facebook dates back years, and you didn’t have a curating moment, you could probably find someone similar to nearly everyone on this show.

Which is sort of freaky in a way yet it shows you how far TV has come. No longer are there creative ways being used to talk about or show real people. It’s direct, raw, and unsettling. But considering how much TV was formerly an escape, something to make you complacent, getting shaken up is probably long overdue.

After A Certain Point, You Feel Like There Are Way Too Many People To Keep Up With

Nate’s ex and her friends are met, alongside people they talk to, smoke, with and more. A lot of them don’t leave a strong impression beyond one due to her not being skinny like 95% of this show. So one can only hope, with this being an hour, we’ll get to know them more and see what their deal is. 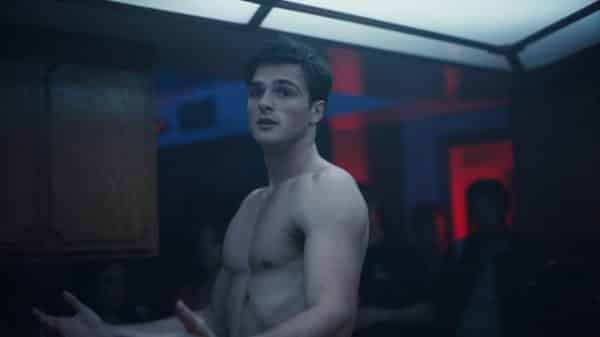 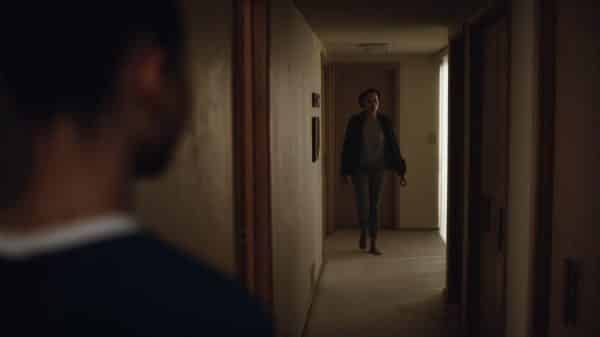 I am blown away in ways I was not expecting. Yet, this show is reminds you why, while Netflix may have quantity over HBO, it has yet to reach its quality consistently. For, by all means, Euphoria could flourish on Netflix and I’m sure be one of its biggest binge watched programs in a long time. However, then it wouldn’t be the same. I think Euphoria is the kind of show you need 6-7 days to process for it can’t be consumed in one sitting. Hell, this episode alone sometimes I had to pause for it was a bit much. The OD moment in particular.

Hence the positive label and recommendation. While this ship is commanded by Zendaya, strangely it doesn’t leave the rest mopping the deck or somewhere under. Everyone is written to be in full force, and while it can be overwhelming, it reminds you of how overwhelming being their ages was once, especially if you lived life around people like them.

#feelEUPHORIA #EUPHORIAHBO #Euphoria Does anyone else get #Skins vibes from this? UK version of course.

#feelEUPHORIA #EUPHORIAHBO I hate to ask this, but I feel like Rue is going to bring Jules to the bad place. What you think?

#feelEUPHORIA #EUPHORIAHBO If you were new and this people approached you, who would become your friend?

While It May Not Represent Everyone’s Teen Years, For Those Who Got Into Stuff During Their Teens, This Is Relatable - 89%

Despite The Nudity, Drug Use, & More, It Doesn’t Seem Sensationalized - 93%

After A Certain Point, You Feel Like There Are Way Too Many People To Keep Up With - 79%