Stripped of the qualities he took upon for status, Troy is left trying to find who he is in spite, and because, of his community and upbringing.

As has been made clear, many Black Winchester alumni fought hard for the opportunities we see the students utilize in modern day. However, some, like Troy, a legacy who got a bit more of an easier time to get it, were given the benefits of their work a bit more directly. In fact, he was crafted to be perfect. Nurtured to be Black yet approachable. Strong, but not disconcerting. Charming, but not necessarily a threat or seen as a schemer. Basically a younger Will Smith.

But, with one act that has all gone away and with him failing at stand up, what perhaps was supposed to be his comeback, Troy turns to Kurt. For while Reggie and many others are Troy’s friends or associates, only Kurt has known Troy nearly his entire life. So who else could he turn to for insight into who he truly is so that he can figure what he can become?

You know, it is like Jaden Smith said, per Donald Glover, “What Black people need more than anything is the chance to fail.” For Troy, that opportunity didn’t come until he was in his twenties and in college. Up until then, his father made it imperative that not only did he not fail, but didn’t think failure was an option. How does one know who they are without failing and facing adversity?

Because just being Black isn’t enough. It gives you an identity, points you towards a community, but as noted below, similar to Lionel, Troy doesn’t fit perfectly into any community at Winchester. He may have been brought up to assimilate, but in the process, he never learned who he is. Such as, as we are seeing, who is he when he hits rock bottom? What is he like at his worse and, the real question: How does he bounce back? What does he need to bounce back? Because giving every white girl a Black d*** experience clearly isn’t it or seeing which drug gets him the most distracted from his troubles.

Troy needed to fail and come to terms that he didn’t just fail when he broke that window and what came after, he has been failing in life for some time now. It’s just he has been too busy to realize it.

To figure out where you went wrong, you have to go to the past. So, with Freshman year seemingly being the point when everything went wrong, Troy asks his friends over in A-P to give some insight. What Reggie presents is the idea that Troy is skilled at being a token. To give people what they want and need to hear to be liked. Something Sam co-signs on for that is how he charmed her out of her panties and into supporting him to become the head of A-P.

However, with Coco, there is no nice way of putting it and taking note of Troy’s feelings. With her having to have an abortion because of Troy, while what she says mirrors what Reggie and Sam said, what she implies is that he is an empty shell. One which, by one means or another, probably broke the same day that glass door did and now he is empty and all that people wanted him to be spilled on the floor. And while it is clear he is drowning, she has only one flotation device and it is for her.

She is not going to be the Black women who makes one sacrifice after another to save a Black man from himself. Since, clearly, he’d rather save the falling panties of a white girl over Black women going through something he could handle.

With us jumping back to freshman year, it sort of reminded me that, unless this show has new cast members eventually, it’ll have to end. For there is only so much we can bring out these characters before you come to the point of asking, when it so and so ever going to graduate? And while, yeah, we could follow them out of Winchester and beyond, bring about a sort of “The Unwritten Rules” type of era, linked below, would it be a good idea or worth it?

Refocusing on Troy, you have to love how the show addresses what it means to be a successful Black man. Having to be able to tap into your community and gain acceptance, while still being acceptable enough to a white culture to not alienate them. Then, on top of that, being a bridge of some kind. Which is why I use Will Smith as an example earlier. Will Smith is Black but not militant. You don’t feel the need to question or side-eye him, because he is mostly clean, and because of that he has access to two worlds. He can still get invited to the cookout, be amongst even the most hood folks, but also not only be in the boardroom but maybe have a seat at the table.

It’s hard to explain the stress Troy was probably under, especially as you add on the whole legacy element. You know, the mysterious Black figures seeing him as being raised to break a ceiling – while standing on their backs. But sadly that is the world we live in. You got to code switch to survive, especially if you want continued access to your community.

That is, assuming they are even your real community. Relating Troy to Lionel again, taking note of how Reggie had to be a bit of a whisperer for Troy, and Dean Fairbanks made sure Troy fit in with the Kurts of the world, does he really have a community? Is he not, in a way, like Lionel and sort of drifting to whatever table lets him sit down? Just, unlike Lionel, figuring out a way to become part of the conversation instead of awkwardly sitting there and making a quip every now and then?

Maybe that is why they get along so well. Take away one or two traits and they’re pretty much the same. Making it so, in a way, Lionel is the only real sense of community Troy has. But, while the community thing is in a bit of an influx, what about Troy’s voice?

Well, with taking in how other people see him, taking note of how he sees himself, and deciding what to believe in and what to pay no mind to, he crafts his character. He makes his shtick and goes from a cringey stand-up comedian to someone who learns the art of conversation on stage. One in which the reaction from the audience is more so sounds of approval or disapproval vs. words. For words ruin a set. 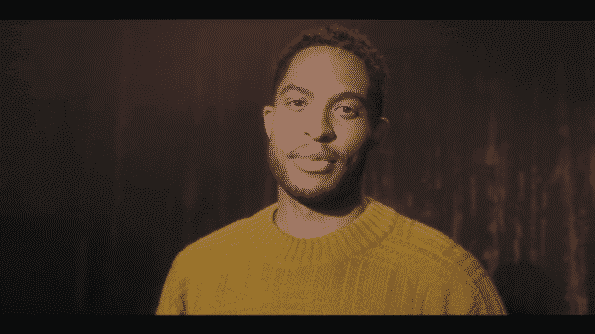 It’s weird in a way. The show, not heavily, but still visibly, points out intersections but Troy’s perhaps is the one which really hits me deep. While we have the ladies of the show dealing with being Black, women, college educated, and privileged to a certain degree, they still have found their people. Sam has BSU, Coco has Core, and Joelle belongs to BSU and could easily integrate into CORE as well. For Troy though, he has to lose himself to belong. As probably gone into a few times, at this point, there is no integration option for him. There never was. He had to assimilate not just for the sake of progress in his professional life, but for survival. To also have some sort of personal life and friends.

I mean, look at his relationship with Kurt. On one hand, as childhood friends, you get the vibe maybe he integrated into Kurt’s world but then as you see Kurt’s world more and more, you realize Troy could never truly be fully himself. It would just end up like when Lionel was amongst other gay guys, predominately white, and when he asserted his Blackness, and not in a way they could laugh, it was awkward.

Perhaps leading to why he bombed so bad in his first set. Granted, the jokes were bad, but it was also because his Blackness was on full display. Hence the d*** joke. Maybe, and I could be reaching here, him bombing was supposed to be like a lynching. In front of all these white people, with the Blacks watching solemnly in the back, he fought not to die and used his charm, tried to even mesmerize them with the side of his phallus, as a means of showing he had worth. Yet, he still got hung out to dry and later cut down by his people. Lucky to still be alive.

You cannot take Sam being a woman out of the equation for a lot of the issues of season 1, or season 2. Yet, Troy knowing how to speak with her, and perhaps translate or moderate with the white boys, that is formerly how he tried to keep the peace. And in his set, we saw that again. Whether Black, white, male or women, he found a way to try to appeal to everyone without necessarily having to sell himself short, or humble himself really, in the process. He came off real, raw, but not pleading.

Troy perhaps in his failure, was able to ascend from a boy who needed approval to a man who wanted understanding but won’t beg for it. 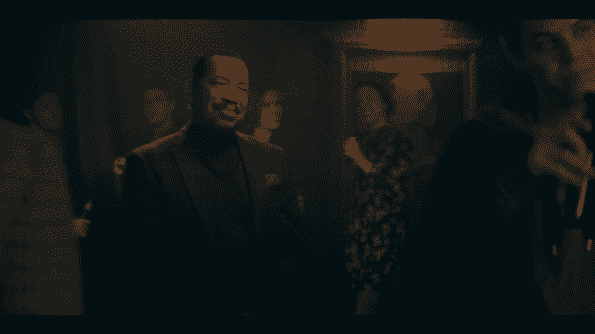 But, seeing him laugh and be there for his son at his comedy set, that hit me in the heart. For when it comes to the complications of being a Black parent, it’s hard to note not get a bit emotional. You have to prepare them for a world you know is eventually going to reject them. Not because of their personality, but because you gave them a skin tone which has been cursed for generations with more negative stereotypes than positive ones. So you build up defenses for them, prepare them to subvert these eternal thoughts, and then get damned for prepping them for the worse and hoping for the best.

Yet, seeing [tooltips keyword=’Wesley’ content = ‘I’m being lazy and tired of writing Dean Fairbanks’] let go, you realize that was a serious moment. Troy may have been talking failure but Wesley saw he succeeded. His son had the tools, has thus far survived, and now simply was trying to be his own man. He raised a boy who now is becoming a man. All the work he did wasn’t for naught and now he can relax a little bit. Hence him taking a puff of that joint.