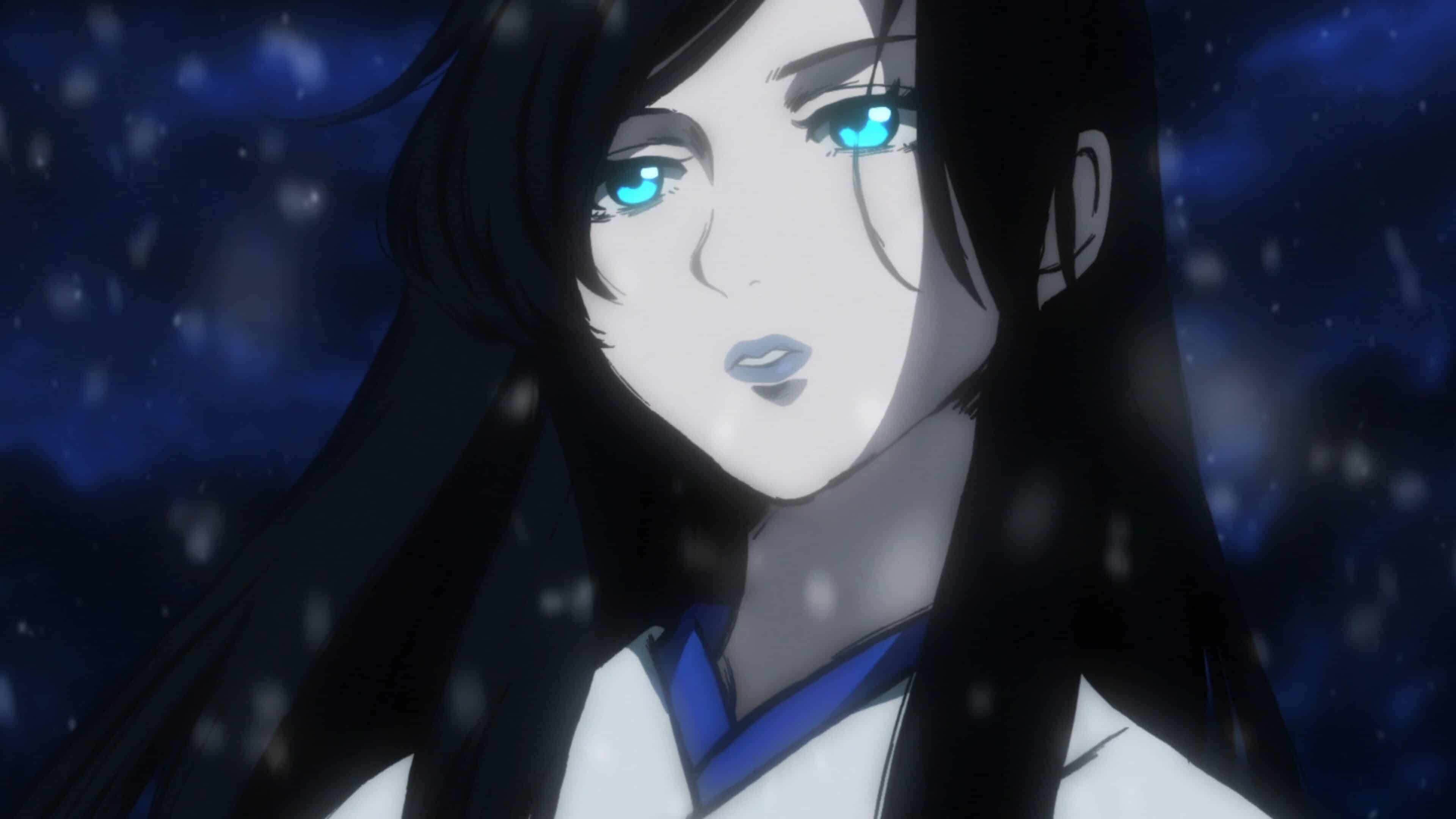 Yuki before going into battle

In a supernatural revenge story, we watch blood get shed in the name of a country and personal vengeance.

In 1931 Japan, during the 64th year of the Meiji era, the 15th Shogun, Yoshinobu Tokugawa, came to power thanks to controlling the resource, ryumyaku. With this, Japan is far ahead of where it was in our world, with giant screens and technology not seen decades later. Yet, with Yoshinobu holding a rare and valuable resource, that is where Kuzuhara, Hanakaze, Tsuki, and Yukimura come into play. They help Yoshinobu maintain power and consider this person, Janome, is a threat to his reign, he’ll need their help to survive. Especially since Janome is recruiting those known as Changelings to their side, and from what we see of their power, Yoshinobu may need all the help he can get.

What led to the formation of the group Kuzuhara captains? How did they find Yuki, and considering Yuki is a Changeling, is she trapped in this group, or is she with them as a means to exact her revenge? Also, when it comes to Tsuki and Hanakaze, what’s their story? Hanakaze seems to be a little psychotic, and Tsuki may not be all there either. What’s the reason for this?

Also, with them serving at the pleasure of Yoshinobu, why do they have loyalty to him? Clearly, Hanakaze will screw a man and then kill him for fun. Yuki likely has beef with the government, or their soldiers, since they killed her family and Tsuki? Well, we don’t learn much about him, but he seems too mischievous to be a loyal soldier.

Making Kuzuhara the one likely holding the reigns but, what is it about him that keeps these people in line?

It’s not just about the act, but Yuki’s biding her time and trying to live a normal life until she can exact her revenge. And considering this child, Asahi, who lives with her, so comes the question of who is that person, and why do they seem to want to kill Yuki at the end of the episode? Do people know she is a Changeling and alive? Should this be seen as a preemptive strike?!

In the episode, we get a taste of what kind of battles we should expect from both the talented humans, like Hanakaze and Tsuki, as well as what Yuki can do. But with talk of a full one war possibility, due to Janome recruiting, or rather smuggling, a notable amount of Changelings, it means we should prep for quite a bit of violence.

Which, considering Joran: The Princess of Snow and Blood likes blood but not necessarily gore, it seems it won’t overly rely on graphic moments to compensate for its story. Thus giving you a reason to be excited for what’s to come while enjoying watching people fall prey to our heroes.

While we have nothing bad to say about Joran: The Princess of Snow and Blood, I must admit we aren’t blown away. It’s interesting enough to keep watching but isn’t the kind of show you’d pay a fee to watch each episode when it first comes out. More so, if you are watching other shows also on Crunchyroll, this deserves to also be on your watchlist. But, if you are skipping this season or this is the sole thing on Crunchyroll you like, you can wait and won’t miss much.

It's interesting enough to keep watching but isn't the kind of show you'd pay a fee to watch each episode when it first comes out.