As Kovacs begins his investigation, this is paired with getting to know the sleeve industry and Kristin a little bit better. Meaning, the 2nd episode doesn’t get better.

Note: Takeshi’s name will be used for the past version of the lead and Kovacs for the present version.

With Kovacs agreeing to do the work, it is time for paperwork and that means Ms. Prescott, Laurens’ sole attorney, for everything it seems, handling everything. While this happens, Kovacs begins doing some groundwork. First by heading to Psychasec and learning about not only how sleeves work, especially of the designer variety, but about personality frag, the cloning industry, what dippers are, and a few other things.

But things don’t really get serious until Kovacs goes over threats to Laurens’ life and comes across Elliott. A man who believes he lost his daughter, Lizzy, to Laurens after he got violent with her at a brothel known as “Jack It Off.” I guess the Protectorate repealed any laws dealing with the sex industry.

Anyway, long story short, while Elliot, a marine, and his ex Ava, a hacker, were perhaps capable of hacking and trying to kill Laurens, they didn’t do it. But with another group coming after Kovacs and trying to take him out, at least he knows he can still find some leads. 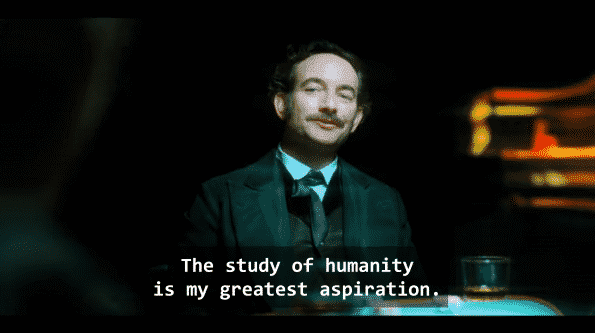 Naturally, with Kristin being the type to beat a dead horse, she tracks Kovacs through the whole episode. Even arrests him at one point until Ms. Prescott gets him released. But, perhaps what is noteworthy about her story this episode is that her dad, Francisco, seemingly was a cop who got murdered. On top of that, she comes from a religious, seemingly Catholic, family. One which doesn’t believe in reskinning, due to the whole soul thing, but she isn’t as pure to the religion as them. She’ll do confession, talk about having lust and doing bad things, like possibly helping in hiding this woman’s child, but seemingly is cool with the idea of being re-sleeved.

As for Poe, he is of the handful of AI who seemingly still have some sort of ownership. It isn’t clear if most AI have been dismantled or just don’t exist, but his handful of associates, who he seemingly owes gambling money to, don’t share his human enthusiasm. For Poe, like with Kovacs, he wants to observe, interact, and maybe even help. As for the rest of the AI? Well, they rather control, collect, and not be taken advantage of. Humans are just a means of making money for many of them. Nothing more, nothing less.

“Rage at injustice is universal. The ability to strike back is not.”

Visually Stunning, But Lackluster In So Many Other Areas 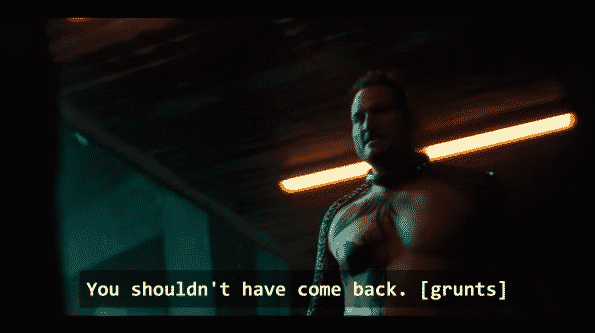 Believe me random character, it was a thought not to.

Kovacs and Kristin are just boring people to watch for an hour. That’s the only way to put it. Their dialogue seemingly was written in the style of some cult, if not also campy, 90s video game and neither have the kind of charisma which commands your attention. As said in the first episode, in a different way, the actor who plays Kovacs has a straight to DVD, or whatever is the modern equivalent, look and style of acting. Kristin is the same way and whatever boost she could get from being a Latinx, is negated. Even when you take note of her speaking Spanish and bringing Spanish culture to this dystopian future.

Really driving me to think, the present, which I should really call the future more consistently, is going to be so hard to get through when it comes to this show. For it has yet to give us one character to hook onto. Well, besides Poe and maybe Miriam. If just because her femme fatale/noir vibe is intriguing but sadly wasted by playing off of Kovacs who is an ill match.