Wherever I Look
Recaps, Reviews, and So Much More
Home Movies Wreck It Ralph 2: Ralph Breaks the Internet – Summary/ Review (with Spoilers)
Movies

Ralph Breaks The Internet may have an excellent example of toxic behavior for a conversation starter, but outside of that it feels like a parade its leads get lost in.

Just as it has been 6 years since Wreck-It Ralph

, it has been six years for the characters as well. Which means both Ralph and Vanellope have gotten into a steady routine. Something that kind of bothers Vanellope because she is a bit of a rebel but for Ralph? Well, after living most of his life unloved and a villain, it seems having a best friend and some sense of normalcy is a dream come true. However, with seeing his friend unhappy, he tries to ease her woes by messing with her game a bit – creating a new track.

Problem is, in doing so he upsets a human player who has to fight Vanellope for control. Leading to the human breaking the steering wheel and with a new one costing $200, Mr. Litwak decides it might be best to just shut down the game and trash it. Luckily, while Mr. Litwak is ready to give up, with Ralph and Vanellope learning about eBay, from one of the kids who found the $200 part, and Mr. Litwak recently installing wifi, they decide to head to the internet!

Leading to one major issue for Ralph: Vanellope likes the chaos of the internet. It always being on, everyone on the move, and then there is Slaughter Race. That game is everything Vanellope has wanted in a game. It unpredictable, challenging, and with her attraction to it being so strong, it makes Ralph insecure. Especially since he doesn’t like it. Thus beginning to cause a rift in their relationship and giving us the central conflict of the movie: Ralph not wanting to let Vanellope go due to his own insecurities. 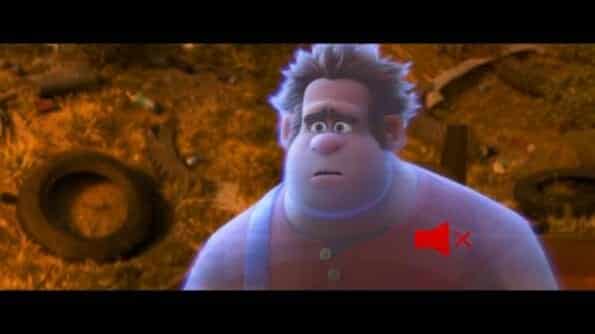 Ralph Breaks The Internet all boils down to a handful of essential messages about dealing with friends who have different interests which don’t exactly align with yours. If not, them finding themselves evolving and feeling what once was no longer fulfills them anymore. In fact, it makes them feel stagnant. Leading to them pursuing change and perhaps not being as accessible as they once were. Thus causing a reaction like Ralph’s to Vanellope finding her own thing.

There is him trying to disregard and damn something which brings Vanellope joy, trying to sabotage her happiness with a virus, and even allowing his insecurity to make a monster which emotionally manipulates her. Albeit, not on purpose, but as an adult, you can both see how Ralph opens up a conversation for kids and also can be used for adults to cite an example.

Take the monster Ralph becomes that he doesn’t recognize. One could see what Ralph does as an example of being in an emotionally abusive relationship. Especially when it comes to him sabotaging the game, obsessing over what Vanellope is doing, acting like she couldn’t possibly want to leave her, and then his insecurities creating a literal monster. Giving us a strangely in-depth movie about healthy and unhealthy relationships. Especially considering this is a Disney release and not under the Pixar label.

If we were to be completely honest, many of the cameos, from various Disney properties, had the potential to eclipse the story of the movie. For seeing Vanellope hang out with the Disney princesses, them discover comfortable clothing and help her craft her princess song, that was more interesting than most of the movie. Also, Vanellope’s look conflicting with her favorite place: Slaughter Race.

Ralph and Vanellope Are Sometimes The Least Interesting Characters On Screen 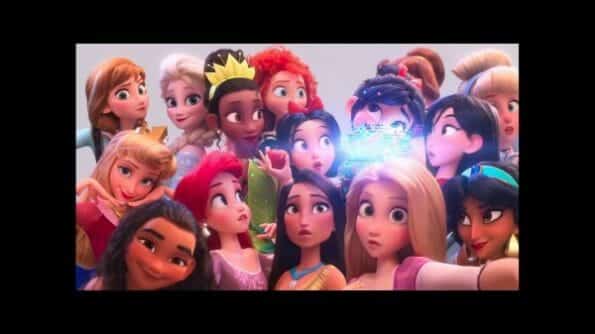 Until Ralph’s insecurity kicks into high gear, the movie is a tad bit dull. Said feeling gets alleviated by finding it funny Disney has the name and logo of a bunch of major internet companies, sans Netflix, and also their vast amount of characters appearing. Giving an almost, PG, version of Who Framed Roger Rabbit

– similar to the first movie. Leading you to almost get more excited about seeing the girl from Inside/ Out

, the Disney Princesses, and Star Wars characters than anything Ralph or Vanellope are going through.

Sort of like an action movie, there comes a point where Ralph and Vanellope are just acting as the calm before you see one of your favorite characters again. For as important as the message of the movie is, it doesn’t craft the most entertaining feature. I’d say it is because there is so much effort in making the message something which could start a conversation, and for Disney to parade all the characters they own, the film finds itself forgetting about its two leads.

Which is a shame since they are original characters and with it being 6 years since the first movie, the last thing Ralph and Vanellope needed was to return without some oomph. For truly, as much as the first movie was awesome because of seeing a handful of video game characters together, it never felt like Ralph and Vanellope got lost in the crowd. With this film, however, they not only get lost but sometimes feel like they get in the way of characters you’d want to hear and see more of.

While I like Taraji P. Henson, her character dances on that line from you getting why she was written in and being someone you wish was cut. For while she aids in the tech part of the movie, in terms of explaining how the internet works, just from her name alone there is this slight vibe of feeble attempts to sound and be hip. Making it so, as much as you have to appreciate Yass’ style and attitude, she eventually becomes a character you’d like to swap with an established property for Henson’s voice will get on your nerves. 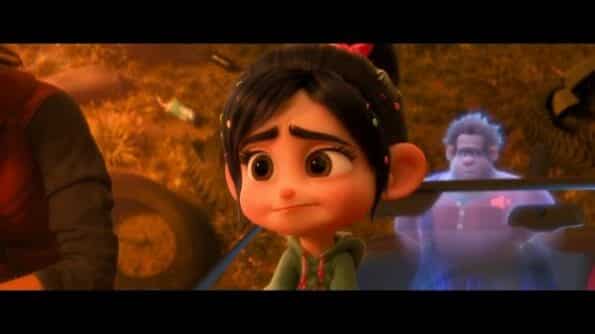 Most of the negative things said won’t hit you until the movie is over. While you’re watching, you’ll be so in love with seeing your favorite character, watching Vanellope grow and Ralph become fearful of that, the things you could pick over won’t even be on your mind. However, I got to say, when looking back on the movie, as much of a breeze it was to watch, I wouldn’t again and I can barely say it was a good sequel. Much less should become a trilogy.

Yet, despite saying that, I’m rating this as positive. Why? Well, due to recognizing most of my issues with this movie deal with expecting Disney to only issue classics. Something Ralph Breaks The Internet is not in any shape or form. It has a brilliant message, which could be used for children and adults, but the rest of the film is just one long parade of either Disney properties or pop culture icons. Making this ultimately feel like something that could have just as easily been a short but, because the first movie made so much money, it got greenlit for a feature-length film.

If there is a third movie, you know it would have to deal with the fact arcades are pretty much dead or Mr. Litwak died and the machines got unplugged. Thus forcing everyone online and having to fine new lives for themselves. Be it doing like Vanellope and finding new games to be part of or transitioning to other things. You know, maybe doing viral videos and the third film embracing the cartoon community, be it Cartoon Network’s or YouTube’s. If not working with Nintendo, PlayStation, and etc. and bringing the characters to a new level of graphics and an entirely new generation with very different expectations. Bringing about, once more, a Who Framed Roger Rabbit vibe. Just hopefully one which doesn’t steamroll the leads again.