In White Lie, you watch as a con artist desperately tries to maintain their story of having cancer, seemingly by any means necessary.

Katie is in her mid-20s, a dance student, and tells people she has a rare melanoma cancer. The truth is she is healthy, but with her raising 1000s of dollars from this con and all the opportunities it has given her, including a girlfriend, she has no desire to stop. Which makes her father’s desire to expose her worrisome, especially since mutually assured destruction seems unable to stop him. So, to make her like as legitimate as possible, Katie appears willing to do anything. But how far is she truly willing to go for the money she needs, or to maintain this grand ruse, is anyone’s guess. Katie is a dance student who cons people by pretending she has a rare form of melanoma cancer.

Javari is a doctor Katie is introduced to, that she needs in order to have doctored medical records to maintain her con.

Jennifer is Katie’s first real girlfriends/ relationship, and Jennifer comes from a rather wealthy family. 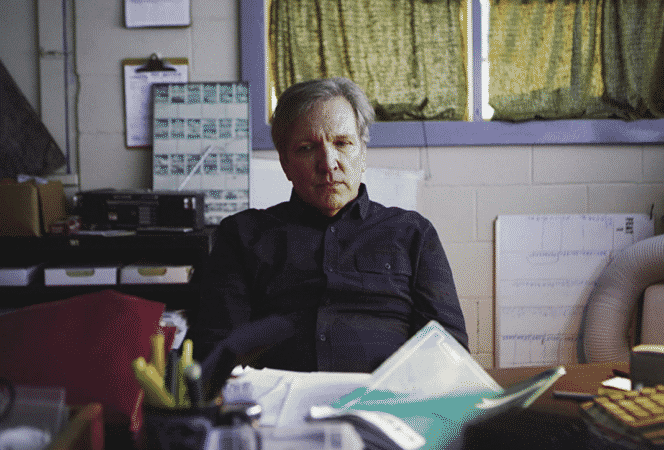 Doug is Katie’s father, a widow by suicide, who struggles with believing Katie is lying to people, though he only has a hunch – no proof.

There is nothing scarier than someone who is desperate and believes they have everything to lose. Especially if they associate so strongly with the gains they have had in life with their lies, it means they could potentially take drastic actions. So imagine you are Katie – your mom died, you are in your first real relationship, you are well-liked, and doors open for you to do things that would never be available if you were normal.

I mean, in the trailer, there is talk about fake news, and in White Lie, it talks about social media shaming due to Katie’s dad, Doug, but I would say the point of White Lie is in the title. It’s about Katie being a white woman, lying her ass off, and no one calling her out or questioning her but her dad. Even her girlfriend Jennifer is on the hook! 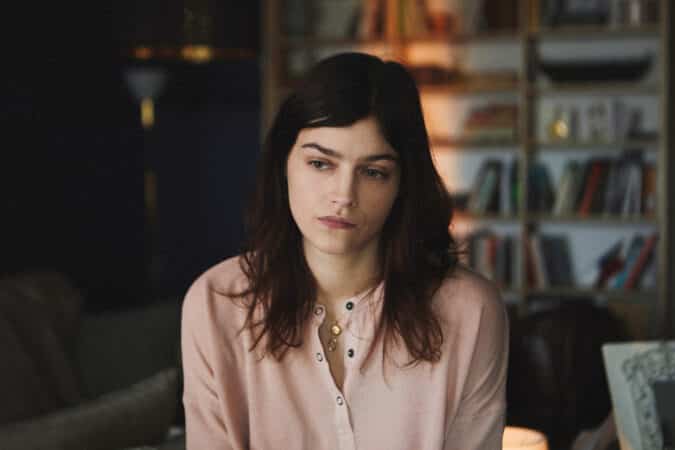 You could easily paint White Lie to be about the desire to see a white woman’s innocence. For while this movie isn’t set in America, it’s Canadian, many of America’s race issues aren’t isolated, just some are specific to our country. Hence Katie’s level of privilege is poked at from being able to live a lie and how shielded she is from anyone really trying to learn the truth. Meanwhile, one of the few non-white characters with a notable role, Jabari, is struggling, despite being a doctor. One that Katie needs and is perhaps one of the few who seem unwilling to help her in her con to remain somewhat pure.

Meanwhile, you are left wondering, when it comes to Jabari, if he made a GoFundMe if he did all the extra work Katie does to make 10s of thousands of dollars, would he actually get the money? Or would they laugh in his face, tell him to get a job, and refuse to give him a handout?

White Lie, in the pursuit of you knowing Katie is a con woman, yet the film trying to manipulate you like everyone else, pushes you to think about how you perceive people just from the look of them. Like, what stereotypes have you fallen for, both good and bad, that dictate how you interact with people? Heck, how willing are you to believe someone, at face value, because your own ego pushes you to believe there is no way this person, based on how you see them, are lying to you.

Thus the positive label. While White Lie is more so focused on whether or not Katie’s con will blow up in her face, there are other things you can look at, poke, prod, and question beyond the central storyline. Ultimately making it seem Lewis and Thomas had more to give than a simple story about a queer girl trying to make some money.

While White Lie is more so focused on whether or not Katie's con will blow up in her face, there are other things you can look at, poke, prod, and question beyond the central storyline. Ultimately making it seem Lewis and Thomas had more to give than a simple story about a queer girl trying to make some money.