Wherever I Look
Recaps, Reviews, and So Much More
Home Movies White Boy Rick – Recap/ Review (with Spoilers)
Movies

White Boy Rick seems to follow a worn out list of what “Based on a True Story” films must do and thus lacks anything to make this feel truly different from the rest.

Table of Contents show
1 Summary
2 Highlights
2.1 The Emotion Dawn Brings To The Film
2.2 Brenda’s Little Brother
3 On The Fence
3.1 If You’ve Seen Stories Like This Before, It’ll Feel Like Nothing New
4 Overall: Mixed (Divisive) | Purchase A Ticket On Fandango
5 Follow Wherever I Look on Twitter and Like us on Facebook.
5.1 Check Out Other Movies.

Taking place from 1984 to 1987, we follow Rick’s journey from being some white kid who has an avid interest in guns, like his dad Richard, to working with the local narcotics division of the police, alongside FBI, to not becoming a kingpin but definitely a known dealer. During this journey, Rick gets involved with a local gang headed by a man named Johnny, befriends this kid name Boo, and eventually finds himself part of why their lives get ruined. He also gets a young woman named Brenda pregnant, takes what he learned from working with Johnny, and dealing for the cops, to start his own thing, and takes part in getting his sister, Dawn, getting clean.

However, all good things come to an end. Thing is, Rick’s high came down when he was just 17 years of age. Leaving him learning that the feds aren’t to be trusted and the only sure thing in life is breaking the law means prison.

The Emotion Dawn Brings To The Film 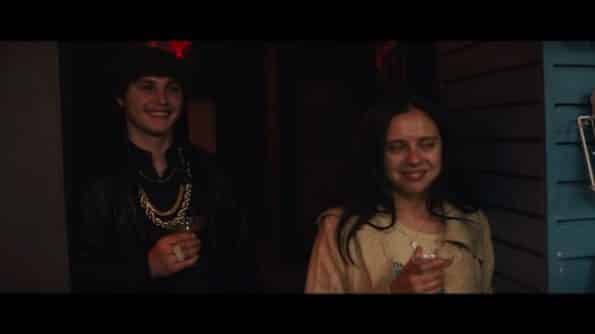 Most of the relationships in this film don’t hold a lot of weight. Rick’s relationship with his dad is functional but lacks heart. Same goes for his friendship with Boo and his short-lived romance with Brenda. However, when it comes to Dawn, she’s the one which drives some sort of emotional performance out of Merritt and McConaughey. For the way Powley handles portraying a drug addict, it’s heartbreaking. Especially if you have ever had someone close to you who was an addict and you know some of the signs.

But then you got to add in how Richard feels responsible since he hasn’t provided the most stable home environment. He is the reason his kids’ mom left, isn’t necessarily struggling but surely isn’t anywhere near father of the year, and look at how his kids turned out. His son is interacting with a gang and he is dealing drugs. Then his daughter is a full-on junkie who hates him so much she’d rather sleep at a crack house, possibly doing more than drugs, than be under his roof.

Then for Rick, that’s his sister. An older sister who may not have taken the place of his mom but, based off how Rick is introduced, might have been the closest thing to a friend he had for most of his life. Yet, she is high all the time, messing around with some dude who doesn’t give a damn about her, and you’re unsure what to do since your 16. What means or methods do you have to convince a woman to get clean and try to make something out of her life?

All of which Powley plays up without going over the top. She can play this messed up girl strung out without necessarily making it seem she is begging you to have sympathy for her character. There is this sense that people like Dawn exist in masse but you just so happen to be focusing on this young woman. Which doesn’t mean Powley is forgettable but more so isn’t trying to be your usual drug addict. You know, the kind with a bunch of funny one-liners amongst you seeing them struggle.

I cannot say for sure TJ is the name of Brenda’s little brother or Donald Scruggs III plays the character, but we will assume for the purpose of this topic. With that said, there aren’t a lot of funny moments in this film but TJ walking up to Rick and telling him he needs to see his daughter, hilarious. TJ, as Rick spends time with his daughter, walking to Richard’s car trying to figure out why the hell he isn’t inside seeing his granddaughter, also priceless.

Making me hope if Scruggs III is who I think he is, this is but the beginning of a long line of smart-ass kids he plays. 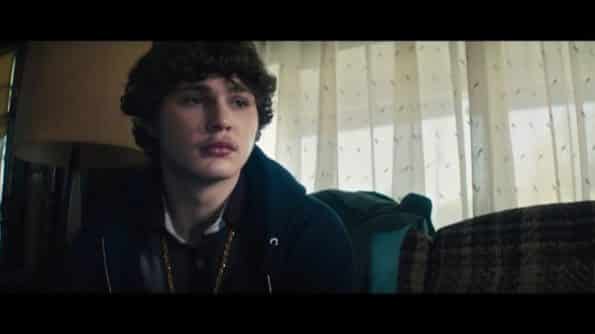 Whether fictional or based on a true story, if you are someone who watches a lot of crime dramas similar to White Boy Rick you won’t feel like anything is new here. Rick got a little swag, enough to be down with Black folk, and gets a pass. It’s cool to see, and then the people he came up with get taken down, he rises up, then he gets taken down. The story is familiar, and a bit overdone. It’s like watching a romance movie. How many times can boy meet girl before you think there is no new way to remix this? Except in White Boy Rick’s case, how many times can we see some poor white kid get involved with a gang, learn the ropes, go on his own, and eventually get caught?

Outside of what Powley brings as a drug-addicted young woman, there is nothing new to White Boy Rick

that can’t be seen in other films, arguably done better. Most of the relationships are bland and lack chemistry, much less noteworthy moments, and when it comes to the crime? As interesting as this minor working with local police and the FBI seemingly was supposed to be, it falls flat.

Hence the mixed label. While Scruggs III and Powley present a bright spot, for the most part, White Boy Rick, even with the actual Rick seemingly speaking at the end of the movie, reminding you this is based on a real person, feels generic. So unless you like your true crime stories a bit longer than various investigation programs provide, you may not get too into this.

I’ll check this out tonight, everything I heard was pretty 50/50

It definitely pushes you to watch a documentary to get the full story.