What Men Want may be a reimagining of What Women Want, but Taraji P. Henson not only makes the movie premise her own but brings a truly hilarious experience.

After years at SWM signing the top athletes in women’s sports, Ali was prepped and ready to become a partner. However, as she had been for years, she got passed over. The day of this happening coincided with her friend, Mari’s, bachelorette party and between Sister, a shady psychic, and hitting her head to the point of a concussion, Ali gains the ability to hear men.

At first, this is terrifying for her, comical for you, since the men she works with are anywhere from just weird, like the valet who is enjoying women’s underwear, to ass****s. But, with her boss, Nick, noting that she doesn’t connect well with men, this becomes a blessing. However, there comes the point when she realizes, thanks to love interest Will when she, him, her father Skip, and Will’s son Ben, have a vulnerable, heart to heart moment, it isn’t all about a person’s thoughts. Sometimes what men truly want they doesn’t even come to the forefront of their mind, and you have to know their heart. Between the sex scenes between Henson and Hodge which are ridiculous; Tracy Morgan just, naturally, being the madman he usually plays; Erykah Badu spoofing the persona most think she has; combined with all the janky things the men think in this movie? Oh, you are in for a whole bunch of laughs. Mind you, maybe not the kind to make this movie feel like a classic, in general, but this is definitely one of the better movies we’ve seen Henson in and definitely will be a favorite for fans of hers.

The Emotional Bits Don’t Hit As Hard As They Could

What Men Want is more focused on the comedy than the pain behind the laughter. So while Will and Ali share the loss of a mother figure, Ali’s mom gone and Will being a widow, that isn’t dug into much. Also, there is Skip, Ali’s dad, still pining for her mom, despite it at least being 30 some odd years since he saw that woman last. All of this is brought up to explain each character’s behavior, help you understand why Skip raised Ali to be who she is, but you don’t feel a gut punch.

Not to imply this plays out in an obligatory fashion, but you may feel that they could have taken things further.

Positive (Worth Seeing) | Purchase, Rent, Get Tickets, or Merchandise On (Fandango/ Amazon) 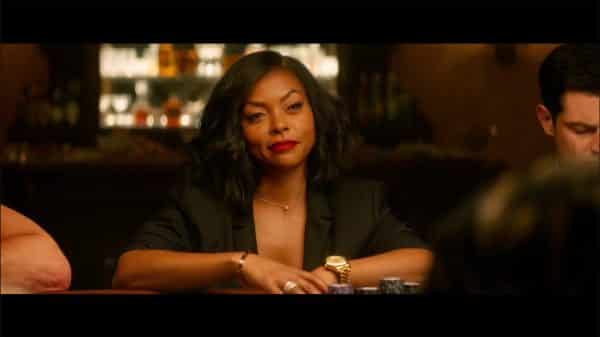 What Men Want is hilarious – simple as that. Between Henson, Hodge, Morgan, and the rest of the cast, there is one laugh out loud moment after another. And while the more serious bits push the idea the story could have done more to address each characters’ trauma, give them a bit more depth, this is a comedy. One that doesn’t wish to do more than make you laugh and give just enough background to help you understand how these people ended up with the thoughts they have and to give you an idea behind why they act how they do.

I actually didn’t feel the run time too much, until it tried to be deeper and actually address the non-shallow parts of what men think. In those moments, it became clear the film didn’t really know what to do with itself so it went for sappy and it got bleh.