Wherever I Look
Recaps, Reviews, and So Much More
Home Movies The Swap – Recap/ Review (with Spoilers)
Movies

The Swap – Recap/ Review (with Spoilers)

The Swap may not have “Classic” appeal but it does surprisingly make for an entertaining movie – even if you grew up on 90s/00s Disney.

Table of Contents show
1 Summary
1.1 Question(s) Left Unanswered
2 Highlights
2.1 It’s Weirdly Cute
2.2 The Way The Missing/ Dead Parent Angle Was Handled
2.3 It’s Handling of the End of Sassy and Ellie’s Friendship
3 On The Fence
3.1 The Magic Phone Totems
4 Overall: Positive (Worth Seeing)
5 Follow Wherever I Look on Twitter, Like us on Facebook and Subscribe to the YouTube Channel.
5.1 Check Out Other Movie Reviews

Sophomores Ellie and Jack have lives which are a bit intense and include missing a parent. For Ellie, her dad has started a new family and has pretty much cut all ties to her. Yet, there is hope that, if she continues to do well in sports, maybe one day he’ll show up. As for Jack? Well, his mom is dead and his dad, who is the coach of the hockey team, is all he has left. However, their closeness is purely because of the sport more so than being father and son.

When these two meet, after finding themselves needing a nurse, there is a text argument of who has it worse. This is followed by them both talking about how easy it would be to live out each other’s lives and with the power of their phones, mementos, or tokens, from their absent parents, they end up switching bodies. Leading to them spending the rest of the movie trying to figure out how to switch back. Especially considering the upcoming weekend could very well dictate how the next year, if not beyond, of their lives turn out. 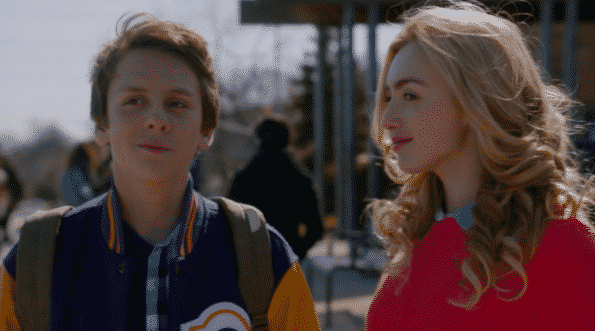 As seen through coverage of Andi Mack, while definitely too old for Disney, I have to admit it is probably a little more than nostalgia that keeps me watching what the network puts out. Perhaps like those who enjoy Lifetime movies, sometimes I just want to watch something which is simple and silly. Which is what The Swap puts out there. It’s kind of like a G rated version of some of the movies Netflix puts out there like Candy Jar or even The Kissing Booth. Not story wise but more so the vibe.

What I mean by this is, there is a certain corniness to it, and even moments that make you cringe to the point of having to mute the movie. However, it’s not necessarily the acting but because it forces you to remember moments from your childhood that you’d rather forget. And when it comes to stars List and Bertrand, though their skills, at this point, are very Disney, you can see the possibility of them evolving to something which the mainstream adult market could respect.

For, as Ellie and Jack, they are kind of adorable. Especially once they switch bodies. Bertrand trying to portray a sense of femininity, once beyond the idea of just hair twirling, shows he maybe just a few indie movies away from successfully transitioning into an adult actor. As for List? While her performance isn’t as noteworthy, I must admit she had enough chemistry with Bertrand that there was some question of how this could end for them.

Taking note it is Disney, friendship was the likely end, especially since this premiered in 2016. However, I could imagine if it was released now, because of how much the two came to enjoy their families, this could have turned out a bit differently.

The Way The Missing/ Dead Parent Angle Was Handled

Usually, a missing parent or dead one leads to an eye roll for it usually comes off as a cheap sympathy move. Yet, with the film not hitting us over the head with it, but making it clear how this absence affects the characters, it may get you a little bit emotional. Especially towards the end of the movie. 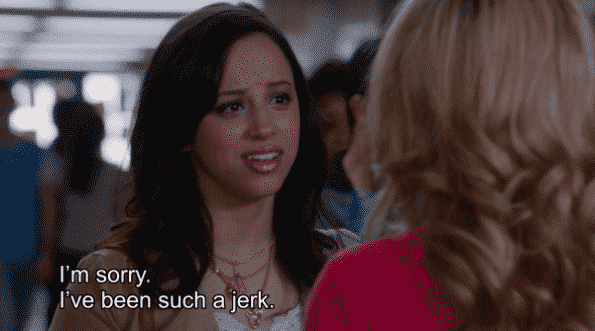 Sassy (Kiana Madeira): I’m sorry. I’ve been such a jerk,

In a lot of teen shows, Disney’s included, we see the aftermath of what happened to Sassy and Ellie’s friendship. They were friends in middle school and then something happened in high school and now they are enemies. With The Swap, however, things are handled differently. Thanks to just accepting the good times are over and wanting to preserve the memories, it is agreed to just separate amicably. Even if Sassy’s new friend is a moose.

It’s a body switch movie so, of course, there has to be some magical item to get things done. But, I gotta say, the whole phone being totems that were given powers idea was kind of iffy for me. I understood it, but at the same time rolled my eyes about it.

Though I know it is wrong to make a sort of asterisk, I feel the need to since this may seem like an odd addition to the Positive label. This is being labeled positive considering what was expected and its platform. I’m not saying this is necessarily in the league of Oscar winners or classics. More so, if you enjoy the topics under “Good If You Like,” more than likely you’ll enjoy this movie.

For it’s sweet, simple, may have a message but it isn’t political or complicated, and despite its G-rating, it’s quite enjoyable. I’m talking, even to the point of me, who usually pauses movies a lot to do other things, I nearly sat through the whole thing in one shot.