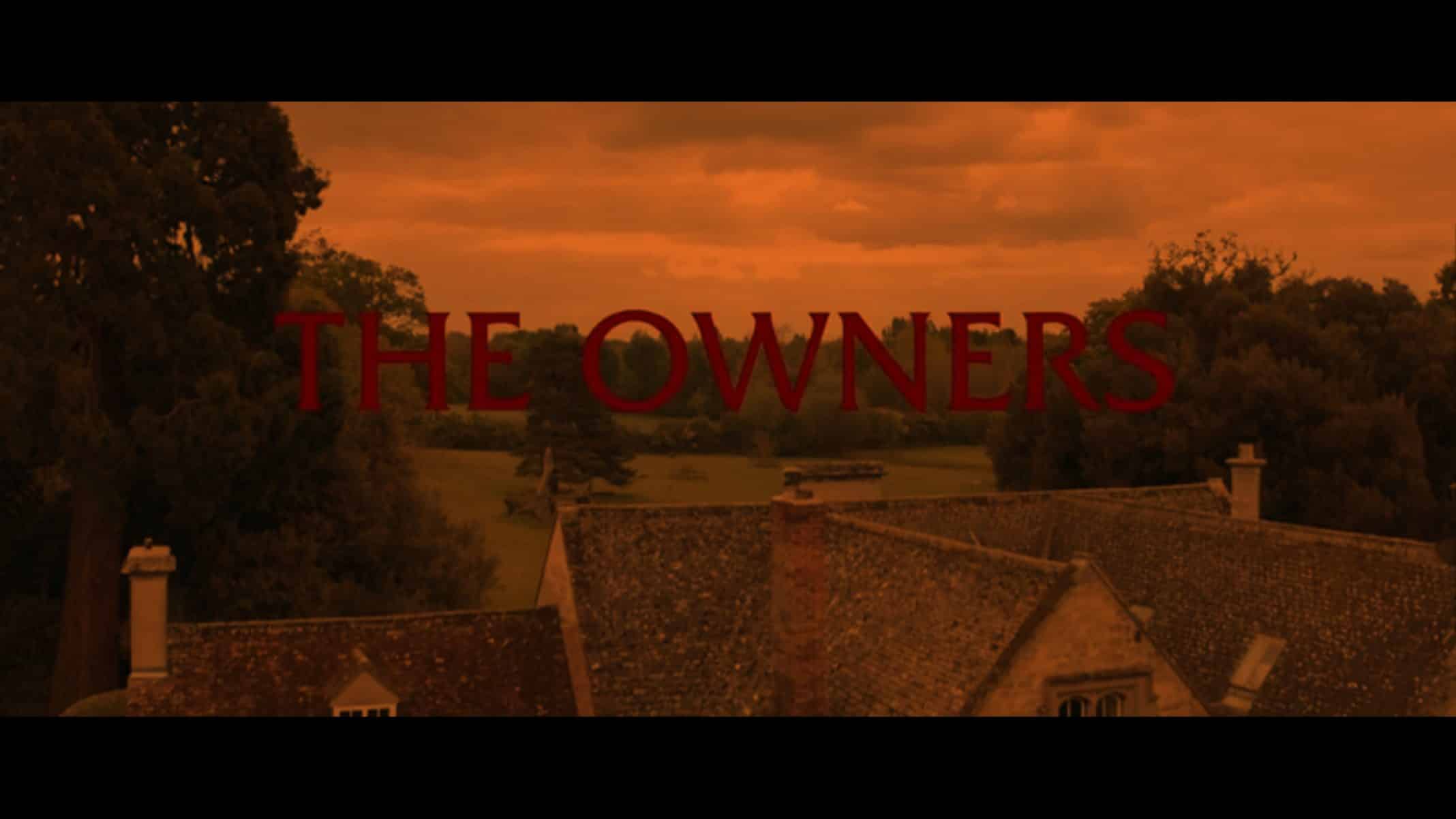 The Owners is strange in so many ways, but not enough to scare you, creep you out, or be notable.

All Nathan wanted to do was rob the rich couple of the village, two elderly people, Richard and Ellen Huggins, and live a better life than his parents ever did. However, things got complicated thanks to Terry, who didn’t have the proper information, Gaz, who is a bloody psychopath, and Mary, who was never factored into the plan.

Thus leaving Nathan and the rest in an unexpected situation with two elderly people who aren’t as feeble and vulnerable as they appear.

With his father being poor, him being poor, and the desire to break the cycle, Nathan is desperate. So when Terry talks about the Huggins family and the safe they have, he decides to put a plan into action to get their money while they are out for dinner. However, that plan goes awry.

Dr. Richard Huggins is a notable member of the community and knows everyone who breaks into his home. Which is why he tries to be nice about it, give them what’s in his pocket, and let it be. However, when they decide to push things further, he is given no choice.

Richard’s nurse when she was younger and not suffering from early-onset dementia, she remains the love of his life, but he knows he must be patient with her and protective. Hence nearly every decision he makes in the movie is made to make her happy or for her longterm benefit.

Terry is not simple, yet isn’t the brains of the group. However, it is because of his mother working for the Huggins that the plan even came about. So Terry is looked towards when it comes to getting the money and leaving. Alongside this, it needs to be noted that Terry had a thing with Mary’s twin sister Jane, but it is assumed she left the village partly because of him.

Someone who seems to be a person Nathan barely knows but trusted enough to take on the job to rob the Huggins. However, in time, Nathan realizes he has no control over Gaz, and this makes a simple job complicated.

Nathan’s girlfriend, who is by no means someone who advocated or was part of the plan. Mary just wanted to get to work, and with Nathan having the car, she had no choice but to join his activity. Especially since she badly needs to talk to him.

With Ellen, The Film Tries Too Hard

If you’ve seen the trailer, you saw the old woman who seemingly is going to be the key to many of the scares and thrills of the movie. Well, she isn’t so much scary as she is borderline campy. Especially since she has dementia, so even with her mostly leaning towards being a more evil crazy old woman, sometimes things just get weird, like when she and Mary are singing “Ring Around The Rosey.” Which you can tell is supposed to but one odd moment of a rather strange night but, nothing with Ellen, or Richard, really hits like it should.

You May Not Feel Invested In The Characters

But what makes things worse is that you don’t necessarily care who lives or dies. You don’t care about Nathan, the gentle giant Terry, the mad man that is Gaz, nor do you find yourself rooting for Richard and Ellen. Then, when it comes to Mary, the only reason you may care about her is because Maisie Williams is playing her. However, if it was any other actress, someone without a marketable name, the feeling would be just the same.

Why? Well, because we learn too little to be invested and what you do learn doesn’t lead you to think this person deserves your attention and loyalty.

For us, I think the issue is that playing up on Ellen’s dementia, paired with a mad doctor, the combination just doesn’t pay off. Add in the only reason you may care about Mary is because she is played by Maisie Williams, not because you give a damn about Mary, and that creates a rather huge issue. Hence The Owners being labeled as an acquired taste. For while you can watch it without thinking it is the worst movie ever, you’re unlikely to advocate someone spending money just to watch this.

By the end of the movie, everyone but Terry dies. Well, to be more clear, we’re left to assume Nathan dies after Gaz stabs him in the stomach, and Dr. Richard Huggins allegedly operates on him. Also, after threatening Ellen with a saw, Mary killed Gaz with a sledgehammer to the side of the head. But, her living past the end of the film is unlikely.

Why? Well, when she and Terry were going to escape, he shoots her from behind, and all we see is her fading away, because of a drug Ellen injected her with, and her bleeding out. Now, as for Terry? Well, with him being a good boy and siding with Dr. and Mrs. Huggins, he gets what he has long wanted – Mary’s twin Jane. Someone who has been held captive in the Huggins’ basement, behind a combination lock, for weeks.

Those two, in the darkness, are reunited, and Terry’s mom made none the wiser.

Considering Ellen and Richard get away with the kidnappings and the murders, what’s the sequel? Someone discovering their house and what happened after they died?

You May Not Feel Invested In The Characters - 74%

With the one thing saving this film being Maisie Williams, and her not being able to shoulder it on her own, "The Owners" falters and collapses upon any potential it could have had.