While not the best bit of social commentary you may hear, “The Hunt” is comical and has one of the best fight scenes you may have seen in a while.

Plot (Ending Spoilers & Sequel Potential Are On The Second Page)

With a “Animal Farm” basis, “The Hunt” focuses on a bunch of people who are hunted due to things they have said online and the people, portrayed as the liberal elite, who don’t appreciate them tarnishing their name. However, what they don’t realize is, amongst the “deplorables” chosen, one of them is far more capable of fighting back than others. 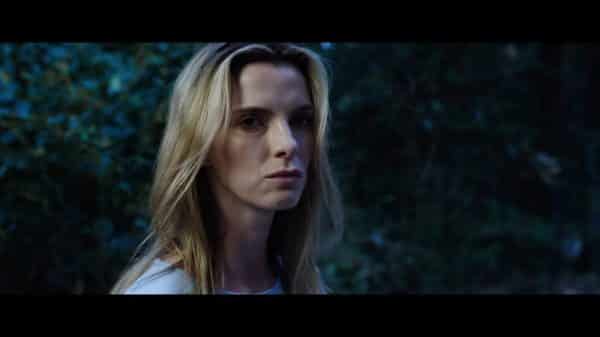 One of the 12 chosen to be part of the hunt after messages she posted on a message board. However, unbeknownst to those who chose the luckily 12, Crystal is not some backwoods, Mississippi gal who is an easy target. She is far more capable than given credit for. 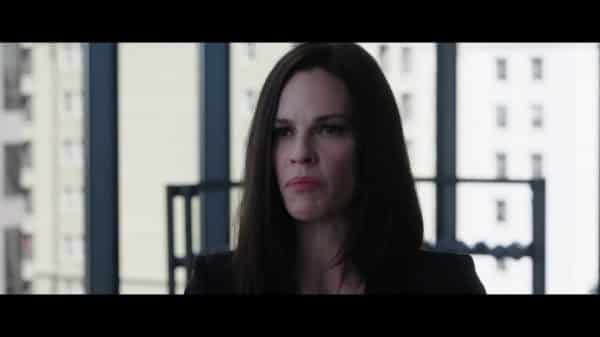 The leader of the hunters and perhaps the most powerful amongst them.

Throughout the movie, the amount of f***s Crystal has to give is simply 0. She, as our star, is the reason you’ll stay entertained until the end. For it is with every sarcastic comment, awkward moment, and somehow comical act of violence, you fall for Crystal and hope, unlike the other notable faces, she isn’t killed off sudden. Because, truly, you will become invested in her survival.

In our experience, women don’t get a huge amount of fight scenes that aren’t with a bunch of fancy camera cuts and Marvel level editing. However, in “The Hunt,” we get an extended fight scene between Swank and Gilpin which is just epic. It all takes place in a kitchen and living room area, and the lack of thrills about it makes it so you find yourself flinching and grimacing at what is going on. Mind you, despite the film definitely deserving its R rating, it isn’t the most violent of fights. However, there is something about the pacing and choreography that really pushes you to take note of these two actresses (and their stunt doubles).

The Social Commentary Is Hit Or Miss

With charged terms like “Snow Flake,” and all you can think of for people who live in rural areas, there is some attempt to poke at both sides. Mind you, most of the commentary, and jokes, fall flat, but it is only because there isn’t any nuance or points made really. From Athena’s assumptions to all that is said about people who are considered “The Liberal Elite,” you’ll probably roll your eyes more than nod your head in agreement.

Though, I will say, you might get a chuckle.

The main reason to watch “The Hunt” is Gilpin as Crystal. Between her dialog, comedic timing, and action scenes, she is what is worth the cost of admission. As for the rest of the film? Well, the commentary often falls flat and seems as shallow as the perception the hunted and hunters have of each other.

Everyone but Crystal ends up dead. Mainly due to Crystal not being who Athena thought and the Crystal kidnapped being a military veteran. Hence her shooting skills, survival expertise, and despite Athena getting a few good cuts and hits on her, Athena ultimately dying and Crystal stealing her plane to get back to Mississippi.

Considering “The Hunt” was made after texts between Athena and her friends leaked about a hypothetical hunt, and now they are all dead, I want to say no.