Wherever I Look
Recaps, Reviews, and So Much More
Home Movies The High Note (2020) – Review/ Summary with Spoilers
MoviesPositive (Worth Seeing)Recommended (Movies)

On top of making you question why Tracee Ellis Ross isn’t a movie star, you’ll be SO MAD you likely won’t get to see this in theaters.

Grace Davis has had a career spanning decades, and between her hitting a certain age and nearly everyone around her wanting to play it safe, she has become stagnant. She tours, yes, but now they want her to do a Vegas Residency, and it just doesn’t sit right with her. Enter Maggie, her assistant of three years, who wants to be a producer and shows off her chops. Which, with both Grace and manager Jack taken back a little, does slightly rub them the wrong way. Mainly because Grace is a bit pretentious.

So, with Grace recognizing her talent, but unsure if she is being used as a stepping stone, Maggie seeks out other means to prove herself and stumbles upon David. A young man with soul but not the confidence needed to not only put bits of it on wax but also get out there and perform for crowds bigger than what a community center can hold.

When there are no more surprises, then who am I doing it for?
— Maggie quoting Grace Davis A musical icon who, for the last ten or so years, has almost strictly focused on touring. Which she loves, but there is this itch to do another album. However, with her last album not being a hit by the standards she is used to, many aren’t sure about doing an album and not just riding the waves of past hits. Maggie is a precocious, sometimes arrogant, if not pretentious young woman who grew up around music. Her father is a DJ, her mother was a singer, and she hopes to become a producer. 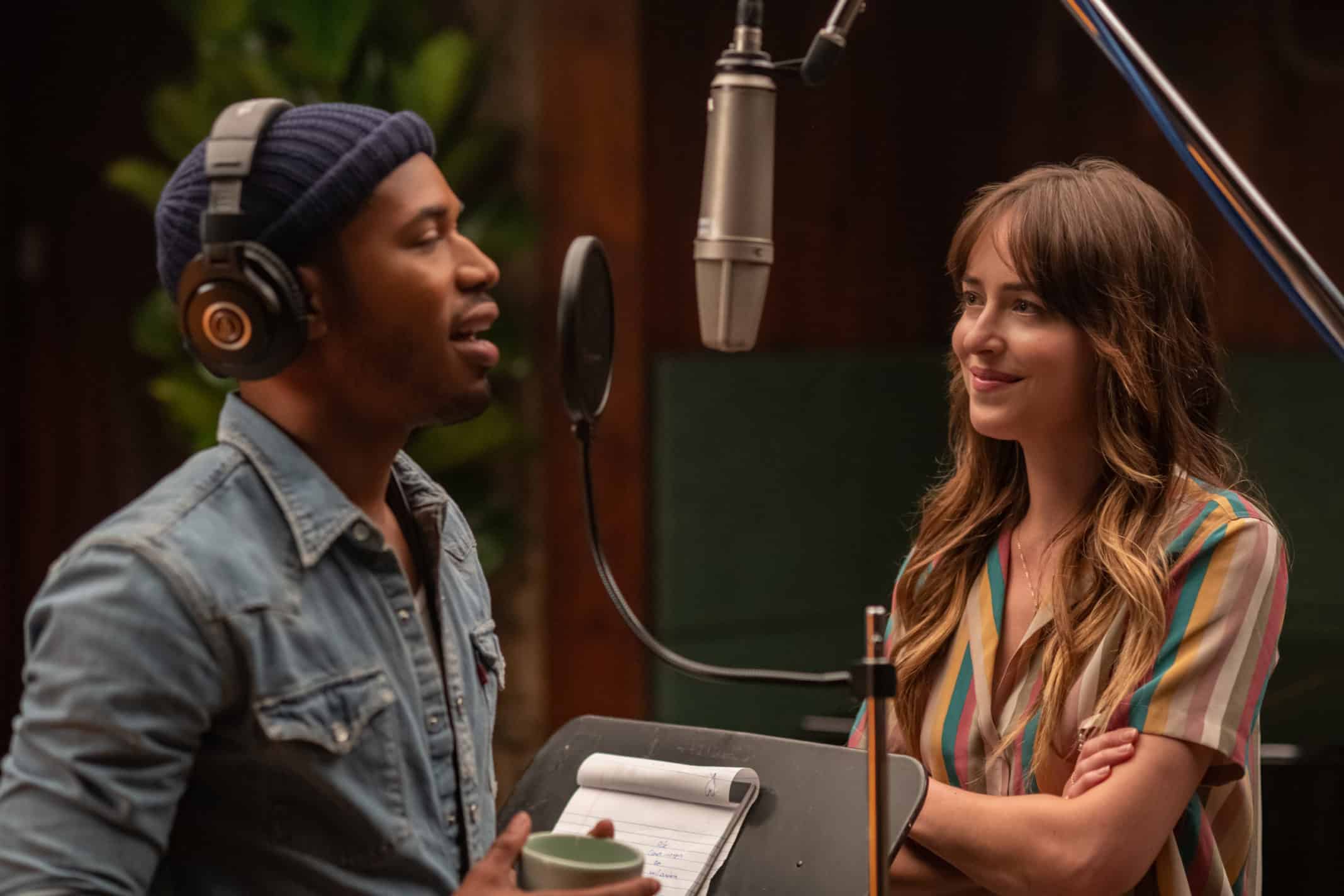 David is an R&B singer who we don’t know what he does for a day job, but we do know he does perform at local gigs and is a little bit insecure about what can become of his songs. 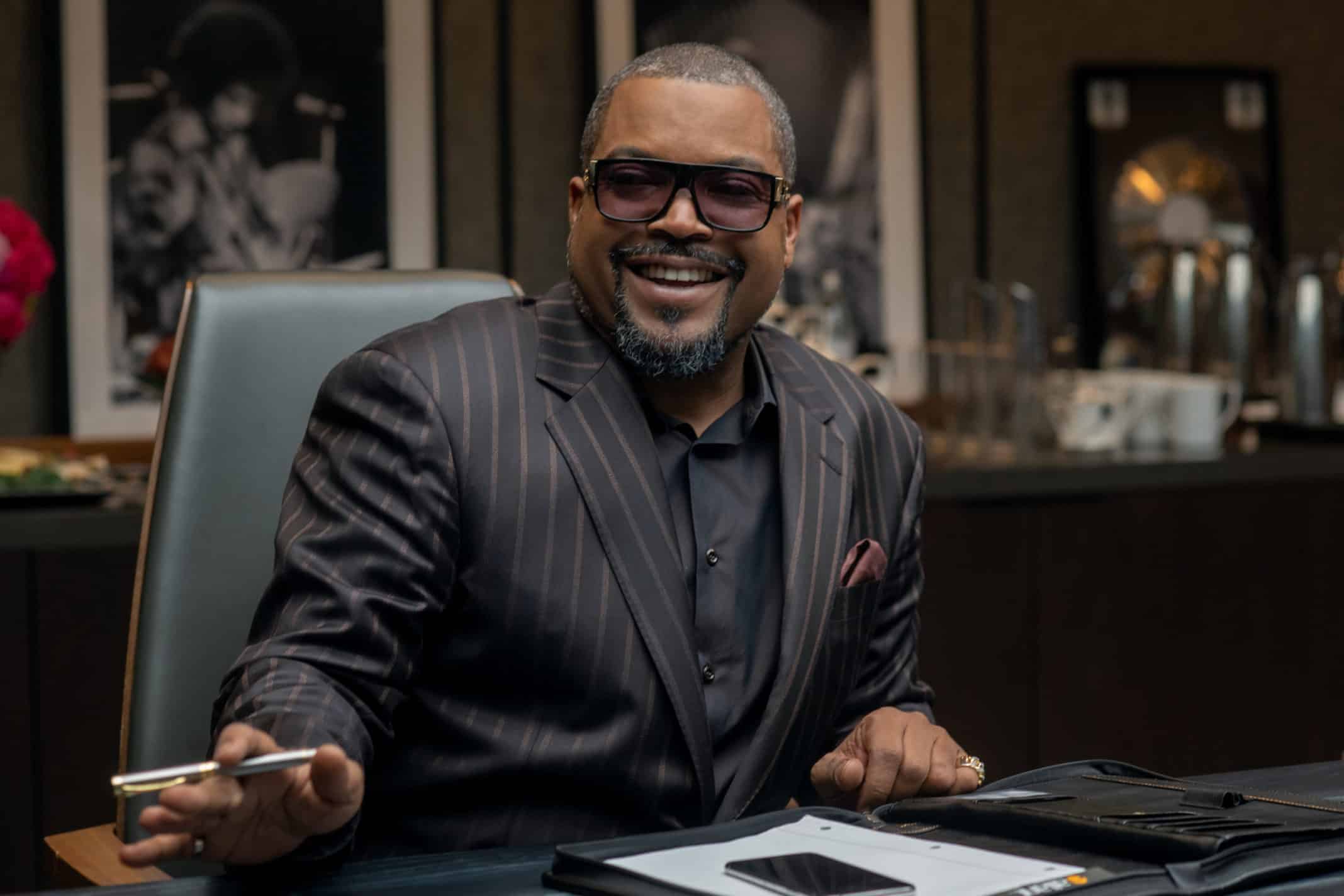 Grace’s long time manager who was there at the beginning of her career, and pretty much is the closest thing to a friend she has. Even though, at this point in their relationship, he seems to be more of a manager than a friend or confidant. 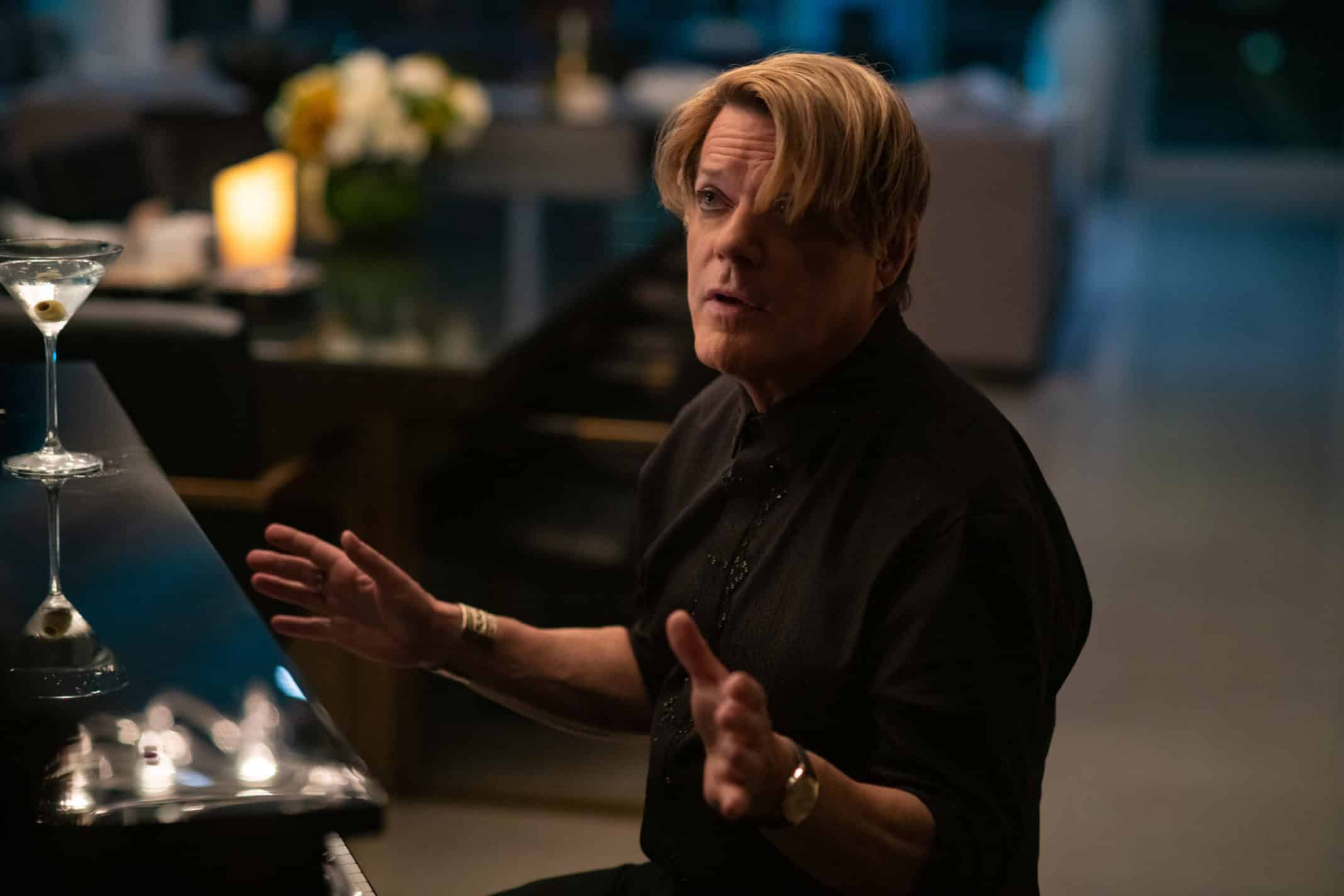 A fellow musician who has fewer Grammys than Grace but is a respected peer.

From “Girlfriends” to the -ish series, Tracee Ellis Ross has been a consistent presence in many people’s lives on television. Yet, strangely, her opportunities to play the lead, not part of an ensemble or a supporting actor, have been few. So when it comes to “The High Note,” you get this vibe we’re getting a long-overdue role, and not only is Ross prepped for it, she shows up and shows out.

For on top of the charm and wit we’re used to, you get to see Ross’ darker side. Something that, with comedies dominating her more high profile roles, we don’t get to consistently see her be vulnerable, upset, and get to wallow in that without cutting away to a joke. So seeing Grace deal with lack of support, the fact she is aging, regrets, and so much more, you can see Ross feels challenged and excited about what she is getting to do. Which hopefully may mean more roles in which she is the focal point.

While the moments of Jack going back and forth with Grace might be meant to be comedic, you can also say they are cultural. Maggie is this 20 something who may have grown up in music, but Grace and Jack have been in the industry for longer than she has been alive. So watching them check her as this know it all white girl hit places. Especially since Maggie would even try to show off or test Grace’s music knowledge like Grace may not have worked with the people Maggie has memorized.

Which is all to say, Maggie might get on your nerves, but thankfully she is consistently humbled.

Musicals are always an iffy genre, and perhaps the sole good thing about this coronavirus quarantine is that, if the music of “The High Note” wasn’t good, it could be fast-forwarded. However, the songs are actually ace. Do I think they’d hit #1 on the Hot 100 and 200? No, but I do think/ hope the soundtrack charts in the 200, and the songs got traction on the genre-specific charts. For truly, between Ross and Kelvin Harrison, Jr., you have the type of songs which, if they don’t become a hit, you’ll likely hear people say they are underrated gems.

The ending is going to make you cry. If you got as invested as I did, I’m talking ugly face tears, chills – but not snot. It’s one of those teary-eyed moments that may trigger your need to do something in your life rather than let it continue on the path it is on. Especially if you feel comfortable and by no means excited. Never mind don’t have people around you who push you and challenge you, but placate you.

It May Feel A Little Long

This is a nearly two-hour movie, and there are periods when you’re watching Maggie’s drama when you’re wishing they’d speed things along. For while it is necessary, Johnson just isn’t the type of actress who you can put as an almost co-lead to Ross, and she can stand tall. She’s good, as shown by a rather consistent career, but she isn’t a selling point. Thus making it when she isn’t playing off Ross or Ice Cube, the movie begins to drag.

When I tell you I wished they would have just pushed this back to the fall so I could see this in theaters – let me tell you. Because this is the type of film which is made to watch with a big screen, booming sound, and an audience. Not to say you won’t enjoy it at home, but just as action movie blockbusters just feel bigger when on the big screen, something about “The High Note” feels a bit shrunk watching it from home.

Though, with that said, outside of Johnson being the type of actor who needs a good scene partner to keep from slowly killing the pace, “The High Note” is all you may expect it to be and more. Hence the positive label and recommendation. 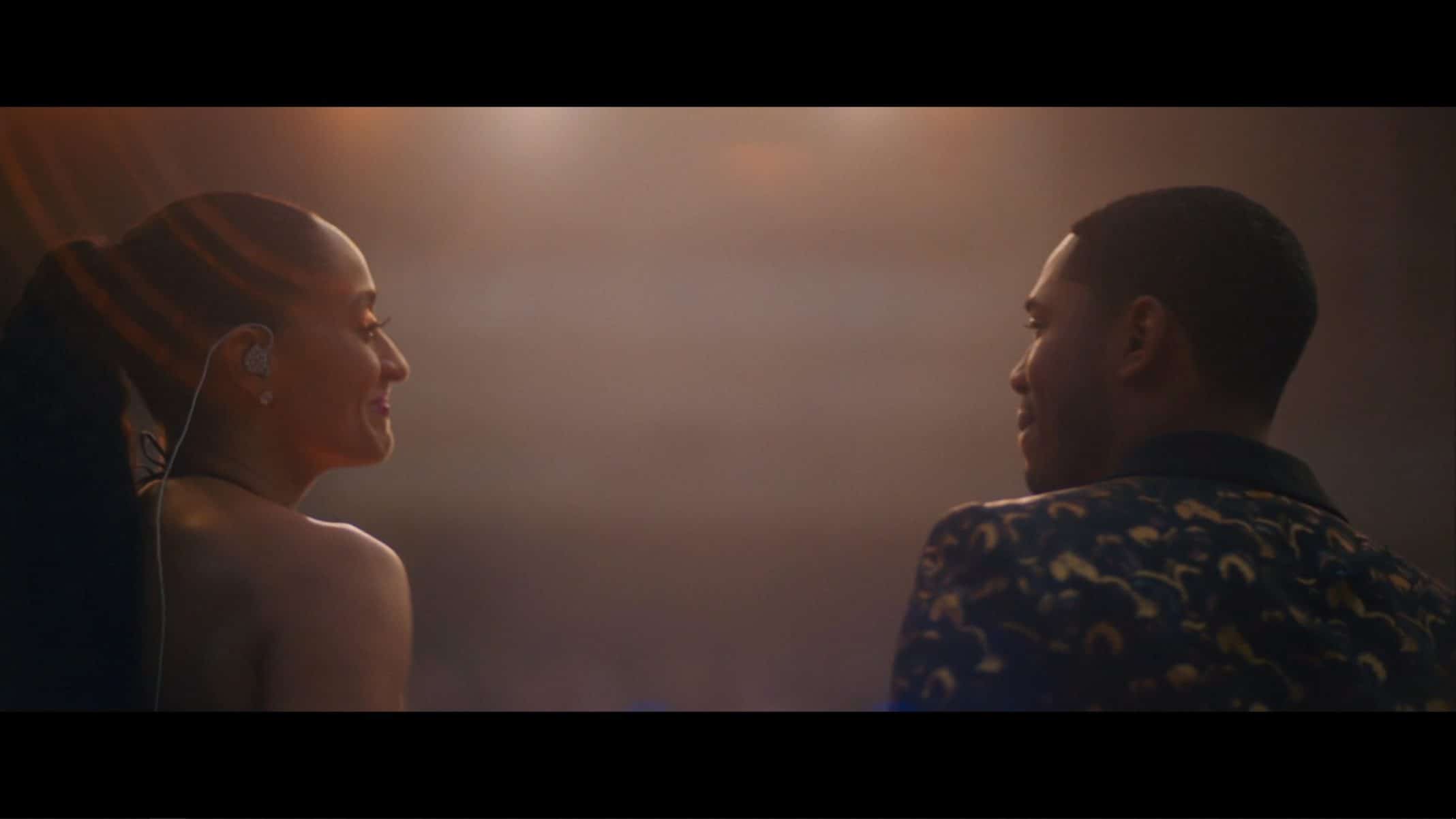 So, Maggie gets fired after failing to secure an opener for Grace’s album release party. Her idea was to have the Dan drop out and then bring David, who she has long been working with, in. However, up until this point Maggie had been lying to David about being a producer and reveals all just before she expects him to go on – which he doesn’t go for.

However, it isn’t just because of expecting him to perform last minute, but also GRACE DAVIS IS HIS MOM! Yeah, the mother he makes out abandoned him, that’s Grace. Add in they just reconciled, maybe months or years ago, and he doesn’t want to gain notoriety because he is her son, he says thanks, but no thanks.

This leads to Maggie going home and Grace, after talking to her former assistant, current mooch, that Maggie was actually good at her job. Unlike others, she didn’t ask for anything, besides the opportunity to produce, and it wasn’t like she was trying to learn the ropes through Grace. She did one of Grace’s songs and showed she not only knew what she was doing but also she knew and loved Grace’s voice.

Thus leading to Grace giving a half-ass apology, and agreeing to work with her as the talent instead of her boss. And as for David? Well, Dan, who dropped out to give David a chance, but only after hearing him sing, gets him a record deal. So, the movie ends with Grace’s dream coming true of being able to publicly acknowledge David and do a duet. For, on top of not wanting to be associated with Grace when it comes to his music, David also didn’t want the attention that would come just for being her son.

The issue with a sequel is it would likely mean more Maggie, and we don’t want that. So, it would be cool to get a prequel. Maybe Maggie could be retracing her life before her first album in nearly a decade, and we can meet David’s father, see a young Jack (and explore how that relationship started – including why it ended for a time) and hear some new and old music.

outside of Johnson being the type of actor who needs a good scene partner to keep from slowly killing the pace, "The High Note" is all you may expect it to be and more.