Wherever I Look
Recaps, Reviews, and So Much More
Home Movies The Half Of It (2020) – Review/ Summary with Spoilers
MoviesPositive (Worth Seeing)Recommended (Movies)

“The Half of It” brings a positive spin on small-town America, while still pushing how getting out of your comfort zone is necessary to grow.

Ellie Chu, a senior unsure of whether she should leave home for a distant college or stick by to help her dad, Edwin, is at a crossroad. One which, without any friends, is complicated by all she thinks about with nothing to say. If not, no one to say it to. But, Paul changes that.

You see, to make some extra money, since Edwin doesn’t make enough, Ellie writes papers for a good portion of her classmates. Paul knows about this, so he asks of Ellie to not handle his essay but help him with a love letter to Aster Flores. Someone who is already dating the most popular guy in school, but the son of a local sausage shop seems to find himself to be a good alternative.

So, together, Ellie and Paul romance Aster but as things get increasingly complicated, they also get messy. 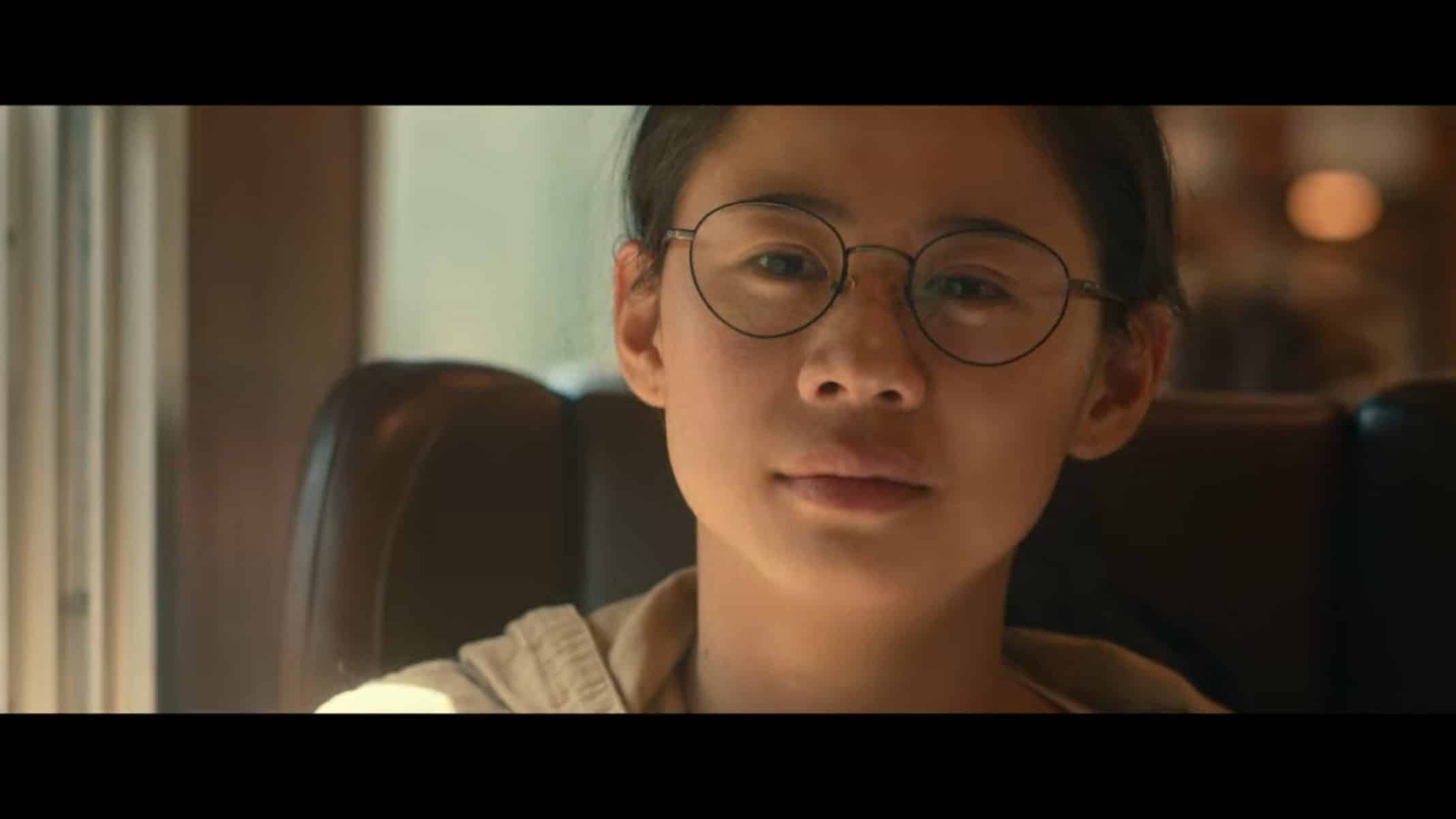 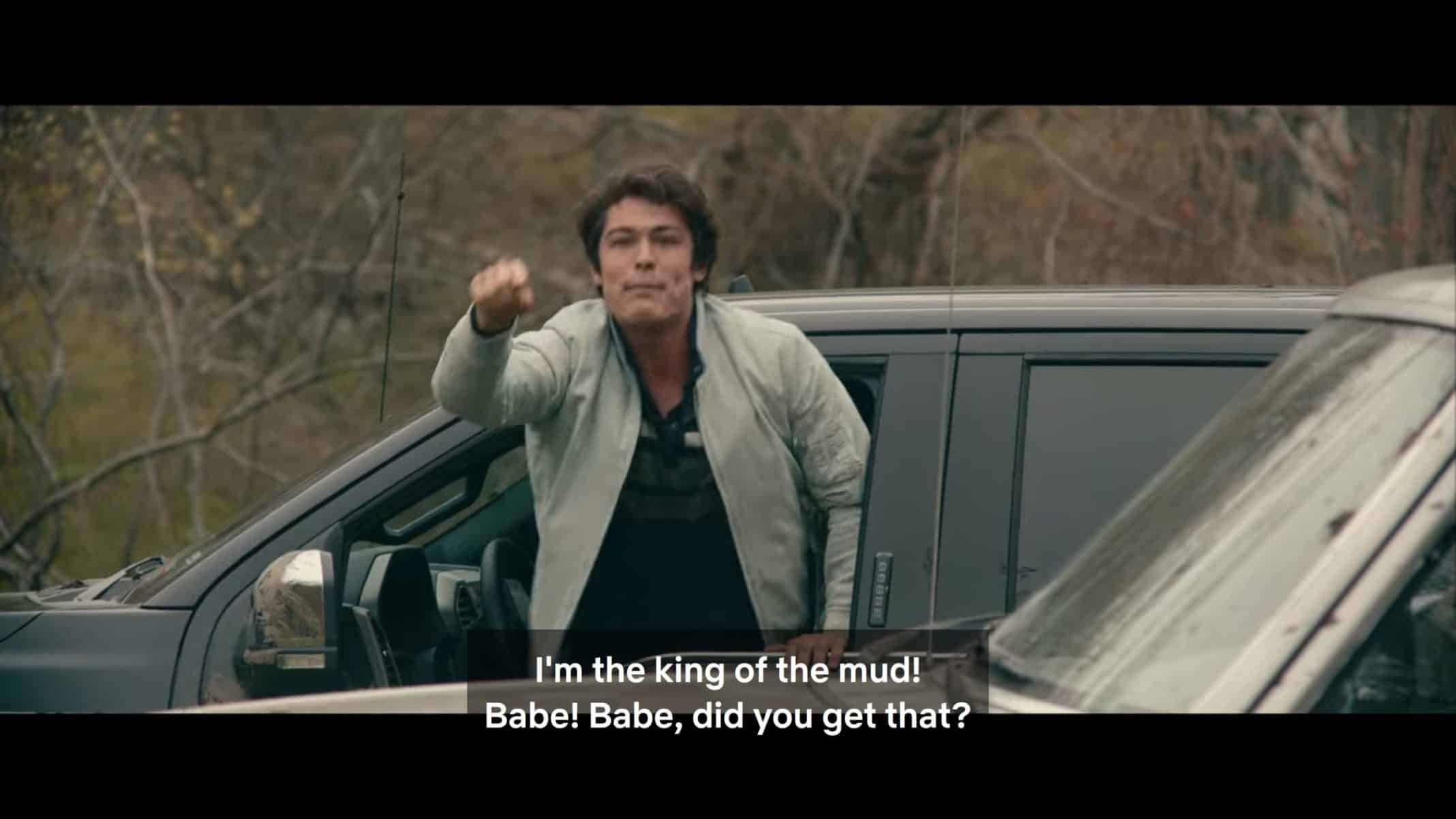 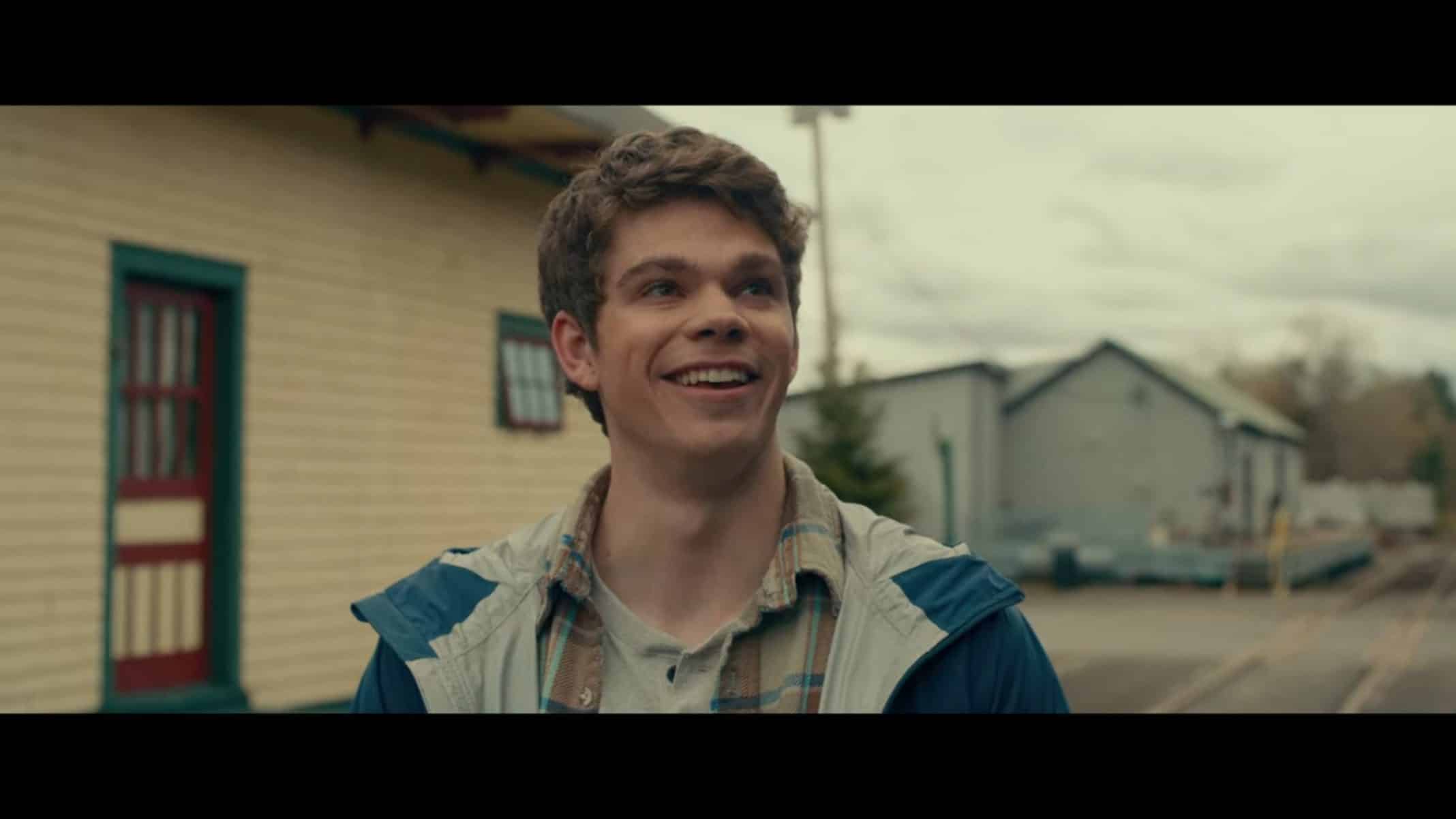 I sometimes hide behind other people’s words.
— Ellie

I’m like a lot of people. Which makes me kind of no one.
— Aster

How It Handles Ellie Being Queer – 91

As being queer increasingly becomes less about “Coming Out” and more about confirming what you, and sometimes others, already knew, without the need for fanfare, it makes Ellie’s journey the likely future. Granted, the only people that we’re sure know that Ellie is queer is Paul and Aster. However, the fact it isn’t the core of her person, that she isn’t supposed to be on this pedestal as a representative for queer Asian women, you have to respect that.

Which isn’t to downplay the representation she does bring and importance, but sometimes with media focused on LGBTQIA+ characters, they set aside any and all characteristics and focus almost solely on sexuality. Creating a bit of a disservice for the character and those who look to them to be their media rep until they feel they can step into their truth. So Ellie’s sexuality just being what it is, and in a small town not being a huge thing, well to those who know, it warms your heart a bit. Even if, to some, this may not feel realistic.

Like with being queer, Ellie being an immigrant isn’t made into a big to do. It’s is just part of who she is, and it is shown through speaking Mandarin with her father, noting how Edwin’s opportunities in America have been limited by his English and that, despite holding a Ph.D. in China, it hasn’t led to opportunity in America. All of this creates this realness to Ellie’s life, and Edwin’s, in extension, that grounds the film and gives you the vibe this could have been someone’s real life. Thus drawing you in more to what is being said and your expectations.

Paul’s Relationship With Ellie and Edwin – 87

Paul is a small-town boy at heart. He hasn’t really left the town, doesn’t seem to find much reason to do so, and the idea of continuing his family business doesn’t cause ire. If anything, he doesn’t mind it as long as he has some realm of control to change it, modernize it, and draw newfound attention to it. Which makes his entry into Ellie’s life weird, but welcomed.

Mind you, it isn’t like Ellie is waiting to break out of Squahamish. She doesn’t necessarily like it there but doesn’t hate it either. The only real issue is she is one of the few, if not only, Asian people there, besides her dad, and the ignorance of locals leads to teasing. But with Paul, he isn’t like them. It seems he wasn’t necessarily pushed to be smart, as much as useful, and he honed in on that.

One can even say, when it comes to his friendship with Ellie, as much as he came to her for services, he ended up offering what the rest of the community perhaps never did – a sense of feeling welcome. Leading to Edwin bonding with Paul over making pork, and Ellie having her first real friend. And as you see them come together, you’re reminded how beautiful it is to see two people, no matter what their gender identity, find a rhythm and comradery in one another.

I’m the type who strongly believes, if you are more than 90 minutes, you better make it worth it. And I think the film knew how to manage its pace and content to fit most of what it wanted to say. Granted, I do feel Trig, Aster’s boyfriend, became more of an annoying alarm clock than someone to gently make sure you are still paying attention. However, a lot of credit has to be put into how Aster was made into a genuinely good love interest. Someone who, whether she ended up with Ellie, Paul, Trig, or single, you just wanted to see her connect with Ellie, and Paul in extension, and get that rare opportunity to not be on autopilot.

Taking things further with Aster, what you have to love about her is they acknowledge she is a pretty girl and the perks which come with it but paint her as different. Not in a, “I’m not like other girls” and make her off to be pretentious, but rather painted in such a way that, she can’t help how she looks. Also, as much as it gives her privilege, most of it isn’t worth taking advantage of for people want her beauty for themselves. The way Aster puts it, it seems she sees people approaching her and wanting her as a means to boost their worth and their place in society, than the person who has it.

And as Aster is developed and we learn about her desires, fears, and insecurities, she is shown to be more than a pretty face. She is someone that deserves to be seen as more than a love interest but a person with her own story. It just so happens she isn’t the one we mainly focus on.

It Doesn’t Look Down On Small Towns – 90

Yes, the town with the unique name has ignorant people and characters who are a bit strange, but “The Half Of It” never puts down Squahamish for being what it is. Well, outside of one of Ellie’s teachers, but it seems she has found a comfort zone in the town and, similar to Ellie’s dad, is at a place in life where taking risks, packing up, and moving far, it just isn’t what she is into.

That aside, despite how Ellie is treated and Paul’s love for the town, we neither see the town trashed nor talked about with rose-colored glasses. It is, like any town, a place you live, grow up and, if you so choose, move from. And as you move out, seeking other opportunities, people move in, either for a quieter life, sense of community, or fresher air.

There is a lot said in silence. Edwin, perhaps past the grief he experienced with his wife dying, now grieves taking a bit of his daughter’s childhood. In his despair, she stepped up and has continued to do so as he watches the world go by. But, showing Ellie isn’t truly Americanized, she never says a word to her dad or yells at him. Despite him just watching old movies and, in the film, never leaving their home, he continues to be her father and, in a traditional sense, someone to be revered and respected.

We kind of like that since Ellie is shown as someone to not be boisterous or talkative. So imagine her going off on her father? That’s not her personality. She’d rather handle things herself than whine, complain, or tell people about themselves. Furthering that immigrant vibe of hustling to make it and doing what is necessary, even without the support you wished you had.

“The Half Of It” goes against the grain in so many ways when it comes to focusing on young adults, queer people, and even the immigrant experience. It doesn’t settle into any of those niches, or sub-genres, and rather decides to allow their characters to be human. Thus giving you a story that feels like it is about real people and not just something concocted for entertainment. Hence the positive rating and recommendation.

The Half Of It Ending Spoilers

Ellie reveals to Aster it was her who she has been texting and not Paul. Who, while a nice boy, certainly didn’t know much about literature and art. Which, for Paul, got him a smack, and as for Ellie? Well, it did taint the relationship a bit, but Ellie was able to remind Aster of their rhythm enough to begin the healing process. Though, with Ellie confessing at church, just as Trig was proposing to Aster, she did save Aster from a mundane life as the wife of one of the richest men in town. Also, she inspired her to get back into painting, which surely helped Ellie getting back in Aster’s good graces.

Now, as for romance between the two? Well, being that Aster is religious, her upbringing, and things like that, we’re left between a “No,” “If things were different,” and “Give me time.” To which, with Ellie going away for college, she acts boldly, as Paul taught her to, and kisses Aster. Leading to a shock, but a smile as Ellie rides away.

This seems like it wasn’t built for a sequel that could match how good the original was. I mean, could we do a time jump and show Ellie as an older woman? Yeah. However, why would she come back to that town? To bury her dad and, perhaps with a current girlfriend, maybe wife, revisit where she grew up? Perhaps, seeing Aster maybe end up with Trig, be disappointed? Who knows? Again, this movie doesn’t have a built-in sequel, so it’s potential for one is there, but limited.

How It Handles Ellie Being Queer - 91%

Paul’s Relationship With Ellie and Edwin - 87%

“The Half Of It” goes against the grain in so many ways when it comes to focusing on young adults, queer people, and even the immigrant experience. It doesn’t settle into any of those niches, or sub-genres, and rather decides to allow their characters to be human.