The Changeover is a simple, slightly grim tale which pushes the ever so slight desire for at least one sequel, if not the wish it was a mini-series.

Laura, called Lolly by some, seems like a normal girl. One who likes to hang with her friends, giggle over boys and deal with the pressures pending adulthood has. Yet, like her father, she is sensitive. Not necessarily emotionally but to other things. Perhaps that was the original draw of Braque, but then he honed his attention on Laura’s little brother Jacko. A kid that, due to Kate, Laura’s mom, often working late, she often takes care of. Which, as you can imagine, gets difficult for sometimes he runs off. Hence how Braque gets acquainted with them and nearly causes the second great tragedy in Laura’s young life.

It Comes Off Original 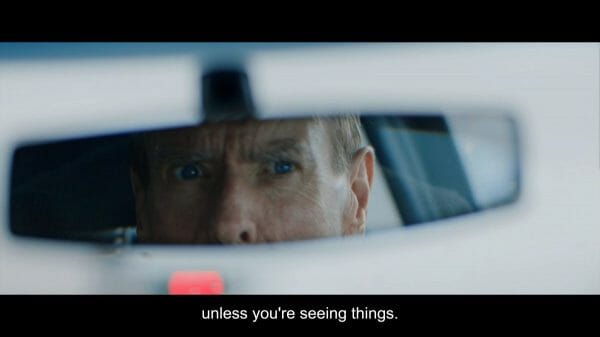 There really is nothing out there quite like The Changeover. While it seems like a grim fairytale, you can’t really fathom a peer to place it beside. For with it being low tech fantasy, it doesn’t drive itself to be some kind of spectacle. Also, there are no grand characters, which usually is a negative, but thanks to James performance, she finds a way to balance being a medium for the story yet still holding the autonomy of a heroine. Thus making it where you can either relax and see this as her story or get in her shoes and see this as your own journey.

Her performance isn’t the only one to praise. Spall taps into the idea of being anyone and makes it so Braque is ever the more creepy. Pushing the idea that villains don’t necessarily have to be grand of vengeful to get their point across, they just need to have that special something. That thing that reminds you that anyone can be fooled into thinking someone is harmless when they are far from such.

Laura and Sorensen Were Cute

While by no means a big deal in the film, this is one of the driving points of wishing this film was a series. These two have good chemistry, and with Sorensen not being developed much, you can see multiple episodes diving into his time in London and then coming back to live with his mom and grandmother. Never mind the intimate moments he and Laura could have had which could bring out her darkness and childhood trauma as well.

You Don’t Learn A Huge Amount About Witches 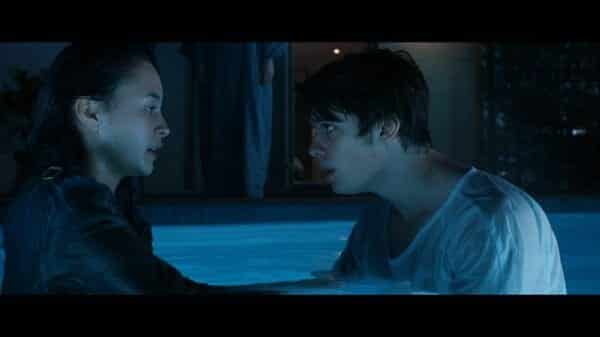 Magic is allowed to remain a mystery, and you won’t get whether the movie is working on known rules or setting up entirely new rules. For one, Kate doesn’t believe in magic and the person who did, Laura’s father, we don’t see him much. Then, when it comes to Braque and Sorensen’s mom and grandmother, they aren’t necessarily going into detail either. Braque just does things, and when it comes to Miryam and Winter, they give vague information. Enough to keep the story pushing but not enough to say you’ve been properly informed.

This Can Drag-On Sometimes

At 90 minutes without big personalities or special effects, it makes the film seem a little long sometimes. What doesn’t help is that there isn’t really a go-to character who at least brings some compelling drama. Don’t get me wrong, Braque is troublesome but never to the point you couldn’t watch this with someone in elementary school. Add in the film doesn’t have major moments to help ease onset boredom and, well you’ll get through the movie but not if you are easily distracted by what else you can be doing.

While certainly an interesting watch, mostly due to a premise which can’t easily be compared, this isn’t a go-to movie if you have nothing to do. With subtle performances, limited special effects, and witch culture being minimal, this doesn’t have a huge amount of material to sell you on. Hence the mixed label. While you have to appreciate a lack of bells and whistles, to a certain degree, the film doesn’t really compensate much for the lack of them. Thus giving you an interesting movie in premise, but one which seems ripe to become a midbudget remake in a few years.

Laura and Sorensen Were Cute - 80%

You Don’t Learn A Huge Amount About Witches - 75%

The Changeover is a simple, slightly grim tale which may lack flair, but does leave you wanting more.