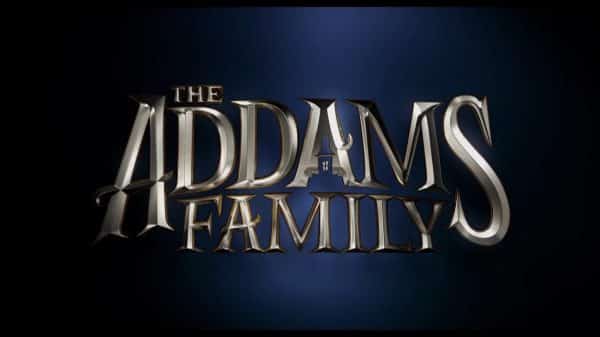 While as campy as an Adams Family movie should be, in trying to be modern and hip, this entry performs an exorcism on the spirit of the franchise

After being forced to leave the old country, the Adams Family finds themselves splintered across the world, seeking a place where they can survive. As for Gomez’s family? They find a nice, former insane asylum in New Jersey. One which even comes with a butler, who is a former patient, in Lurch.

Leading to, for nearly 13 years, peace and safety for the Adams Family. However, as a woman named Margaux Needler comes to town, trying to create a suburb, she sets her sights on Gomez’s family, and while he seems open to interacting with the neighbors, Morticia isn’t. Making the fact Wednesday takes after her father, and has a morbid curiosity of plain people, terrifying for all Morticia wants is to keep her children safe. Add in Gomez is focused on Pugsley’s coming of age ceremony, the Mamushka, and he isn’t necessarily prepped to take on Margaux.

Leaving us to wonder, as the Adams from across the world come to New Jersey, will their dear cousin accidentally set them all up to be killed, or will someone, or something, save them?

While there is a valiant effort by the voice cast to keep the spirit of Uncle Fester and the rest alive, with the Christopher Lloyd, Angelica Huston, Raul Julia, and Christina Ricci version still widely available, most of them have an uphill battle. One that, honestly, only Theron and Moretz surmount. Be it because Wednesday and Morticia were always the more interesting of the bunch, so they had more opportunities to make the role their own, or something simply being lost in translation from seeing live people to animated counterparts.

But, to keep this on the up and up, what you have to appreciate is that Morticia is allowed to balance the seductive tone that helps you understand why Gomez is wild about her, as much as you being reminded why she is like an alternative to Elvira, Mistress of the Dark. Plus, while nearly every other character is made to a shallow version of their former self, with corny jokes, Morticia’s fear for her family, worrying about Wednesday changing, it presents some form of depth or heart for the film. One on life support, admittedly, but still beating.

Then with Wednesday, being that she is one of the focal points of the movie, and not really changed much from past adaptations of the original story, she brings on a sense of nostalgia. Especially as she tries to kill her brother, we watch her interact with the locals, and maintain that sense of being a horror icon. Even if we haven’t gotten to see her become a serial killer yet.

Who Is The Audience For This?

One of the big issues which may come from watching The Adams Family is the question of: Who is this for? With it ending on a message about everyone being weird, in their own way, is it supposed to be a kids movie about acceptance? Considering how much violence is attempted or hinted at, should this be seen for a tween, or even teen, audience?

Heck, considering the jokes range from campy to outright terrible? Who is supposed to be laughing? Which isn’t to say, every once in a while, you may not find something so absurd you won’t laugh, but just as soon as you feel like the film has worked out its kinks, it seems to stray off to get another member of the audience on board. Leaving you to wander and wonder when is the film going to be entertaining to you again?

The Story, Outside Of The Acceptance/Tolerance/ Everyone Is Weird Thing

Setting aside Margaux and her pursuit of assimilation, we have Pugsley doing the Mamushka, a dance we saw in the 1991 film. Which makes its inclusion a welcome term, since it is a familiar word, yet it drives comparisons from the start. Be it the music not being almost on a carney level, the performance not feeling as grandeur, or the fact it is being used as a coming of age celebration that Pugsley seems ill-prepped for.

But even the Mamushka aside, there is also Wednesday wanting to see the outside world after being trapped on the grounds of the house her entire life. Many of the jokes attempted at presenting how her warped perspective is kind of right, like middle school being a jail for children, land smoothly, but after a point grow tired. Especially as she quotes movies and other shows, like when she tells a bully, “I’m not stuck in here with you, but you’re stuck in here with me.” Making it seem, as you watch the film more and more, that this iteration of the Adams Family is based more so on people who are trying to milk a franchise than who actually loved it. Yet, to make a check, they skimmed what they needed to and slapped something together.

In my mind, The Adams Family is a disservice to those who know of the Huston, Julia, Lloyd, and Ricci version as much as having them watch Adams Family Reunion. Hell, I’d put this film on the same level in terms of questioning why it was given a theatrical release? This seems like a straight to VoD release, no DVD or Blu-Ray set. For it honestly doesn’t fulfill any purpose you can set for it. Be it how the Adams found their house and ended up in New Jersey, Wednesday’s first experience with the outside world, or seeing the ceremony that makes Adams men considered adults.

All that The Adams Family does is show that there is still value in the franchise, but no one knows how to do right by the characters. Hence the divisive label for this film just want to milk whatever the name recognition is worth and exploit people’s sense of nostalgia. Perhaps hoping, like Disney, some special effects, notable cast members, and enough changes to say they didn’t do an outright remake, could revive an old money maker.

Thanks to Wednesday running away, to continue her teenage rebellion against Morticia, she learns Margaux has set up secret cameras within everyone’s house in the town. Using this knowledge, after she saves her family from Margaux trying to kill them all, with the town co-signing, due to brainwashing, she has them all turn on her.

However, being that this is a kid’s movie, she isn’t hurt or even ran out of town. Instead, Uncle Fester falls in love with her, and he gets together with Margaux. They even start a business together, and with that, and Wednesday noting everyone has something weird about them, the townspeople learn to accept the Adams, and everyone lives happily ever after.

Honestly, I hope this flops so hard they leave this franchise alone for a decade and then try to do it right again. But for the sake of answering the question, yes. Wednesday is a teenager, Pugsley performs the Mamushka, so he is considered a man, and with the entire Adams family, beyond Gomez and Morticia, moving into the town, it’s time to see how they, and their children, integrate with everyone else. For example, a sequel taking place during the holidays would make sense. Be it Halloween or one of the holidays that are pagan but have become Christian.

The Story, Outside Of The Acceptance/Tolerance/ Everyone Is Weird Thing - 70%