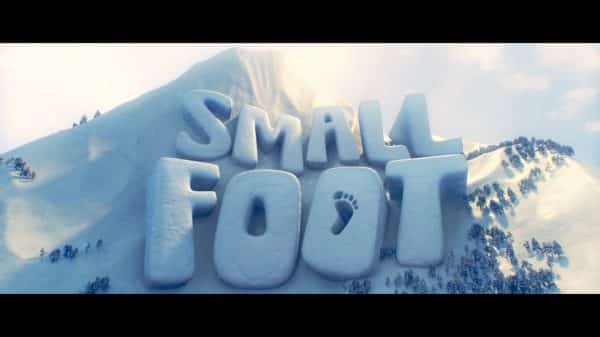 While Smallfoot may give some adults pause with topics dealing with questioning authority and religion, it’s message of unity kind of compensates for that.

Migo is but a cog in the wheel. Like his father Dorgle, and their whole line, their part of the village is hitting the gong so the giant snail in the sky will light the village. A lot of the village, in fact, is based off people having a single task and being pressured not to question much, if anything. For their constitution/ religious text held by the Stonekeeper holds all the answers.

Well, that is what most assume. With Migo seeing what is known as a “Small foot” when he misses his first attempt at hitting the gong, things change. He learns there are a handful who have long questioned what the Stonekeeper has said and because of that, they have been ostracized. Not full-on banished, as Migo becomes, but made to seem crazy and untrustworthy.

On the flip side, there is Percy who is a Steve Irwin type but with dwindling fame and lackluster finances. He’s at the point of asking his producer, Brenda, to help him fake a Yeti sighting for ratings. However, Brenda is not about lying and to some luck, depending on how you look at it, Migo, in an attempt to be unbanished, finds Percy and brings him back. Leading to the reveal of why Migo, and the rest of his kind, long have been under the impression nothing existed below the clouds and they are people who were birthed from a Yak’s behind.

“Protect The Lie And Protect The Village” is a line said by the Stonekeeper so that Migo will back down from his statements of the existence of humans. For it is fear that protects the village rather than, as we see Migo, and a few others do with Percy, pursue communication through one means or another. Now, I don’t know how much Smallfoot was meant to have a political message, but you could easily correlate certain things said in the film with something political. For that right there, as an adult, you can see how the message about isolation and demonizing a group of people, is used for certain things like white supremacy.

That idea is very liberal and while it could easily go over kids heads as they see Migo and the rest slip, fall, and do musical numbers, not all kids are naive. But the thing which may really rustle some feathers is that questioning things doesn’t begin with people questioning the Stonekeeper’s methods of keeping people safe. The first thing questioned is the religion of the Yeti’s.

For generations, the Stonekeepers have pushed the idea that asking questions was almost sinful as they propagated the idea that their world is held up by mammoths and everyone came from an animal’s behind. Stuff which sounds silly, when you think about it, but so comes the sort of danger this movie brings. Well, danger in terms of the audacity to say something which could be taken as controversial. For with the Yeti’s belief system questioned and made to seem silly, so leads to the idea of how kids could question religions in our world as silly.

Perhaps leading you to wonder why is this a highlight? Well, it isn’t the message of questioning authority, society, or even one’s religion. More so, it’s the audacity for a movie which is geared towards kids having the theme of questioning everything. For while questioning adults is nothing new, even Disney movies have that, taking on some sense of nationalism, and how leaders lie and create systems in their pursuit of protecting people from the truth, that seems to go past what most animated films do.

Which pushes you to wonder if Smallfoot will be an outlier or be the type of films we will get more of during the current US administration.

While not at a Disney level, I must admit Common and Zendaya’s songs were quite catchy. Not enough for me to buy, but I can imagine a kid listening to them and those two, Zendaya’s song especially, becoming their jam. 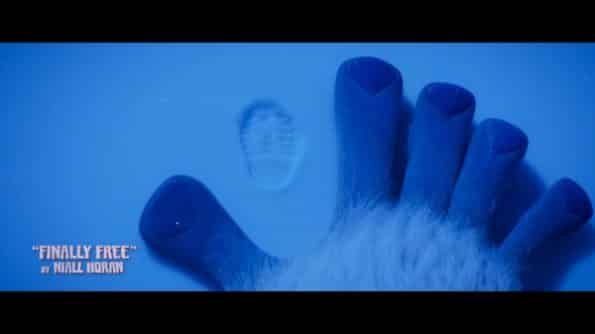 Smallfoot could potentially rustle some features with a message which pushes questioning people in authority, even if their role is to protect you, and even religion. Yet, I think it tries to push the need to question in a healthy matter than pushing its viewers to become revolutionaries. The idea simply seems to be here, ignorance may be bliss but with knowledge comes power. Which may be hard to sometimes handle but it is better to feel empowered than to not know and thus be controlled by lies.

Leading to why the positive label. Though perhaps one of the strangest children’s movies I ever watched, it seems bolder than many of them. Now, whether being bold will bite this film in the behind? Well, when it is officially out on September 27th, in theaters, we’ll find out.