Sierra Burgess Is A Loser comes off so good until it creates an unrealistic relationship and rushes the resolution to the climax.

Sierra has pretty much lived her life knowing she isn’t like the Veronicas of the world. Despite how skinny and petite her mom Jules is, she is the opposite. She is tall, has meat on her bones, and gets teased at school by nearly everyone her age but her best friend Dan. Yet, when one of her biggest bullies gives her phone number, from her tutoring flier, to a boy named Jamey, she finds momentary bliss. A hot guy, who through texts and phone calls, seems to genuinely like her.

However, there comes the issue of wanting to face time and go on dates. Leading to Sierra, thanks to movie magic, befriending her enemy and elongating the ruse. But, with Veronica having a troubling romantic life, and home life to boot, and Jamey sweet as can be, there seems to be a momentary lapse in remembering she is helping Sierra and not dating the boy herself. And with that lapse, Sierra goes Insatiable for a hot second and yet finds herself, with a simple song, “Sunflower” healing all wounds and strife. 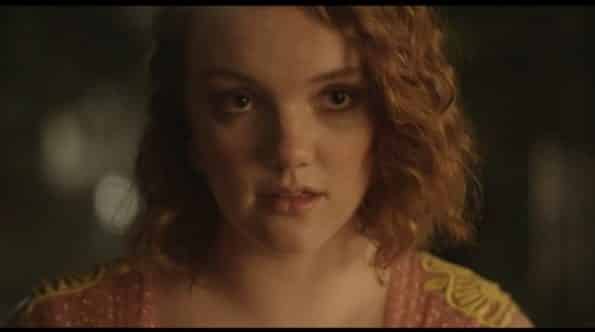 Until this movie, I didn’t get the hype behind Shannon Purser. Between Stranger Things and Wish Upon, I figured the main reason she was beloved solely stemmed from her not being your usual stick thin actress. Which, honestly, I get the appeal of now. For it really does seem, when it comes to young actors and actresses, while you can find guys in nearly every shape, color, and personality, women aren’t given the same diversity in depiction. If you’re a big girl, you are somewhere between Amy Schumer or Melissa McCarthy. Trying to be one of the boys or else spending most of the film being made fun of because people think you don’t try. Which, eventually, has to be quite depressing and insulting.

Purser, as Sierra, however, she gets to be the romantic lead. With Centineo as her love interest. All the while not having to be this overly funny girl. We don’t get the vibe that Sierra has to compensate for her weight by being the funniest girl around, the sweetest, or anything like that. She can just be a person who deserves love and shouldn’t have to perform grandeur feats to obtain it.

And it is in Sierra’s frustration of dealing with a mother like Jules who wants to be all body positive and motivational where you really see Purser shine with Beer’s words. For all that positivity is nice and all but take note of the messenger. Take note of the reality the person is living, and how all that commentary does is make them feel bad for feeling the world is unfair. Conspiring against them, as Sierra says.

does what that show completely failed to do.

The Good Times Between Sierra and Jamey 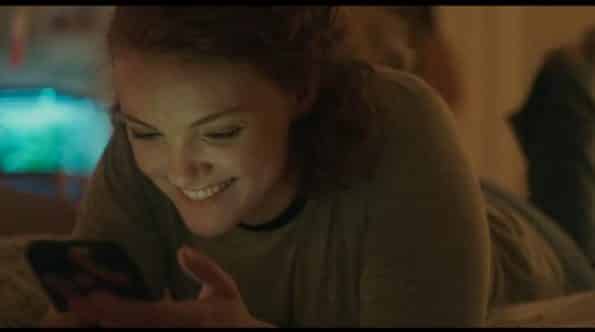 There is cringey in a bad way and cringey that forces you to relive awkward moments of your life. With Sierra and Jamey, their conversations are the kind which makes you remember some of your early relationships with embarrassment and nostalgia. Be it texting a picture of yourself and waiting for a response, that was hopefully positive, to panicking after every text and when a reply takes too long, being ready to apologize. Just since you think you said the absolute wrong thing and you want to salvage your dignity and chances.

And I really liked that Jamey got to also be shown as this awkward dude because, I think we don’t see that as often as we should. It exist out there, I’ve been seeing it in movies since I saw Little Manhattan

back in 2005. Yet, the guy flipping out and getting anxiety? It seems far and few between because they either are a douche who doesn’t deserve the girl or this calm, cool, suave cat who everyone swoons over.

Which leads to us talking about Centineo. Truly, this is his year. He is a solid heartthrob and while just on the Netflix platform, for now, it’s impossible to not see big things for this young man. From his voice to this certain vulnerability he brings to his characters, even if he stays solely in the Netflix ecosystem, you can see a length career for him. Past this summer and his role on The Fosters. Especially since, as noted, he has chosen roles of the rarely seen lead male. One who isn’t so sensitive he seems emo but not so macho he comes off like a stereotypical jock. He exhibits this middle ground, a new ideal, which can be obtainable, of how guys can be without sacrificing their sense of masculinity.

But, It Seems So Unrealistic…

Two things mess up this movie: The idea Sierra could walk up to Veronica, say she is going to tutor her so she can win some college boy, and then Veronica taking her up on that? Never mind having Sierra come to her house for said sessions? By no means can I imagine this happening in real life. This girl who is the main one picking on you, who gave your number to curve some guy, you think being nosy about her personal life and offering a solution is going to lead her to help you catfish someone? In what universe would she go for that? Especially having you come to her house, thus exposing a life she seems very embarrassed of? I get, for the sake of the movie, they expose Veronica to show her picking on Sierra deals with issues she has with her mom, and her vicariously saying to Sierra what she wouldn’t dare say to her mother, but come on!

Then, when it comes to how “Sunflower

” seems to make everything better after Sierra hacks Veronica’s Instagram? Much less inspires Veronica to convince Jamey to give Sierra a second chance? BULLS***! Don’t get me wrong, the song is cute, has a nice Alex & Sierra vibe, but come on.

It makes sense that the movie would want to humanize the mean girl. Show the hurt and pain behind her insults and make it clear why Sierra is her target. However, as noted, the method to do so seems unrealistic and there is the question of why? Though the humanizing of Veronica doesn’t ruin the character, a la Regina on Once Upon a Time

, it feels cheap and unnecessary. Why couldn’t she just be an ass because she was an ass? How come we have to always justify, excuse, or source, bad behavior because someone’s home life isn’t ideal?

It’s kind of weird the way Jamey falling for Sierra is handled. In a way, him noting he wouldn’t notice her if it wasn’t for all the shenanigans was unfortunate but honest. Yet, with the film trying to clean that up with “Don’t judge a book by its cover” type dialog, we get a bad cringey moment. Specifically, when he goes from noting how Sierra isn’t everyone’s type but then switching it up and saying she is his. It’s like, you made it clear he’d wouldn’t give her a second look, don’t try to make him seem less shallow all of a sudden. Just end this film forgetting what Sierra just called Jules out for saying all her life so we can move on.

I like this film, at one point thought I was going to label this as recommended, but then I got tripped up with trying to believe Veronica and Sierra would end up friends by the methods they did. Much less, after Sierra hacked Veronica’s social media, exposing how she got played to over 20,000 followers, that she would actually forgive Sierra thanks to a song. One song that doesn’t even apologize to her but is basically about her, assumed, unrequited feelings for Jamey. Add in Jamey, after being majorly catfished, taking Sierra to homecoming, on top of dancing about being shallow but trying to now seem like he thinks she is beautiful, and not just on the inside, and this film dropped down several notches.

Hence the mixed label. There is a lot of good here but you have to suspend your sense of disbelief to the point you have to consider this fantasy. Not because of a guy like Jamey liking Sierra, but because of how we get to the point of him liking her specifically and not her person with Veronica’s face and body. Yet, I do think, when it comes to women who aren’t petite, nor the funny big girl, this is a step in the right direction.