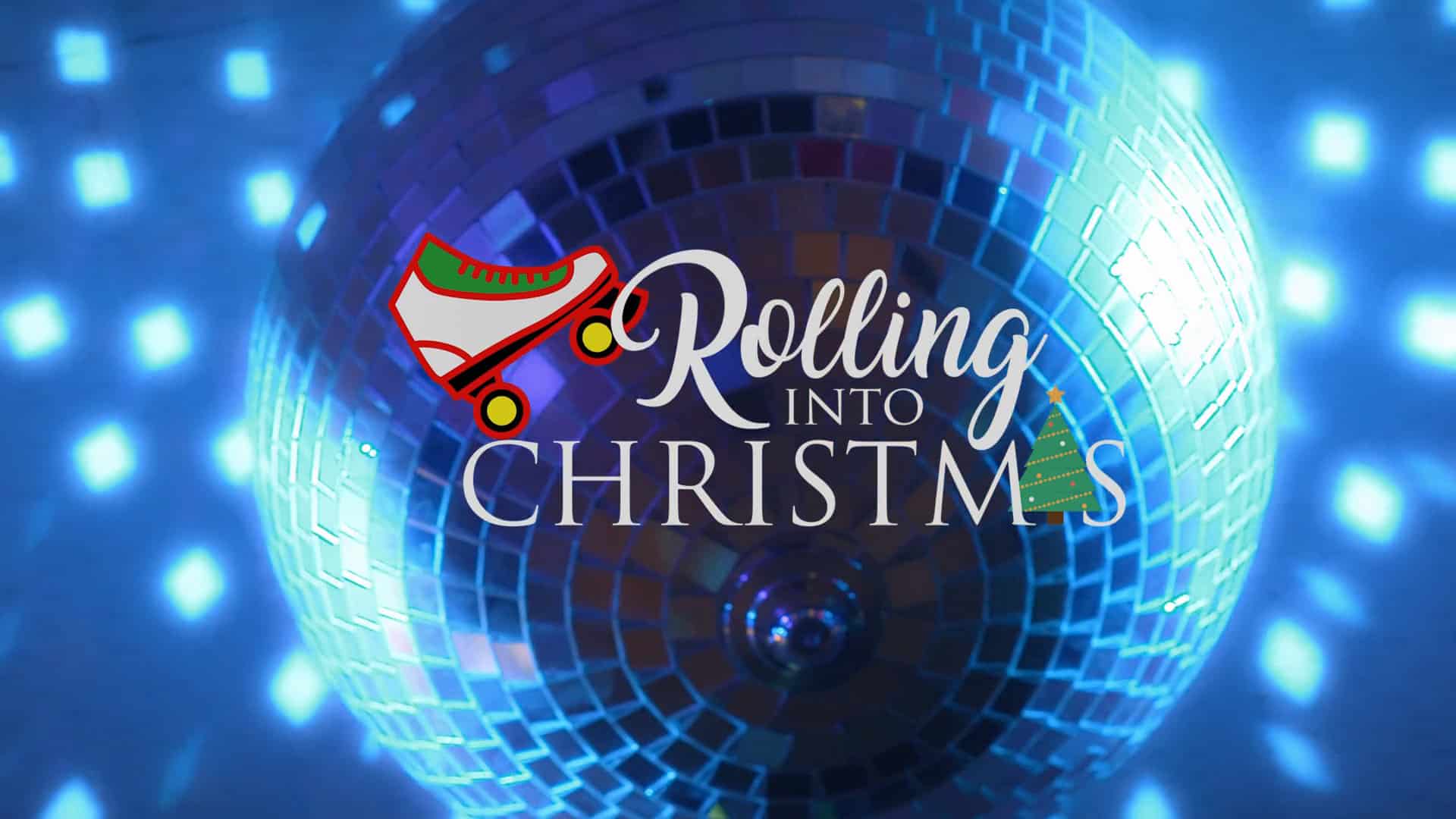 While the early part of “Rolling Into Christmas” is high quality, as relationship drama comes into play, things go downhill fast.

It was 15 years ago when Deja’s mom, Celeste, died. From then on, she lived with her dad Joe, who worked for the military, and bounced from base to base around the world. Because of his work, Deja barely kept in contact with her grandmother, and mainly through social media and modern tech, she kept in contact with her little cousin CC. But, the big loss for her, aside from her mom, was losing Ian, who was posed to be her first boyfriend.

Now, in the present day, Deja is dating Pierce and has fully embraced being a nomad, and as for Ian? He still skates where Celeste taught everyone and is pulled between his social media work and being an accountant at his dad’s firm. But, after being separated for so long, Grams having a minor heart attack brings Deja back, and despite both Deja and Ian having some kind of relationship, their old chemistry lights things up. Leaving viewers to wonder if they may end up back together by Christmas and pick up where they left off.

Why Is “Rolling Into Christmas” Rated TV-14

A blogger turned travel influencer to travel mogul in the making, Deja made her dad and her traveling the world, and her becoming a polyglot in the process, into a successful business. One which allows Deja to be a nomad and fill up her passport throughout the year.

Deja (Back In The Day)

Before traveling the world with Joe, Deja lived with her mom, adored her little cousin and grandma, and had a puppy love situation with Ian anyone with eyes could see the potential of blossoming into something more.

An accountant with a successful social media page about his skating hobby, Ian is trying to handle his responsibilities as a man while not lose the joy that Celeste taught him when he was a kid.

Ian (Back In The Day)

With Ian’s parents often busy, he became a fixture in Deja’s household, and while Deja was never the type to just let him take the lead, he did take the lead in asking her out.

Celeste is Deja’s mom, a social worker, and a volunteer skate instructor, and she seemingly helped the local skating ring stay within its budget.

Joe is Deja’s military dad, whom she kept in contact with, but it isn’t until Celeste’s passing that he becomes an active parent.

CC is the DJ at the skating rink, who is still very close to Grams, who raised her, and Deja, who complete the only two people she knows, or claims, as her active family.

Pierce is Deja’s boyfriend, who is rich but insecure.

Grams is CC’s maternal figure, due to her parents abandoning her, and the reason Deja comes back home 15 years after her mother’s death.

Leilani is present day’s Ian’s special friend, who he seems to mess around with and collaborate with at the skating rink, but doesn’t have a clearly defined relationship with.

Everything Was Going Good Until The Relationship Drama

When “Rolling Into Christmas” was focused on Deja reconnecting with her family, dealing with the trauma of losing her mom, or CC’s fears of what could happen to Grams, who raised her like she was her own, the film was top-notch. I was in my emotions, tearing up a little, and ready for a wild ride. However, all of that depth is pushed aside as Deja finds herself in relationship drama between Ian, Pierce, and Leilani.

Like most characters who are made to be obstacles to the potential relationship the leads can have, Leilani and Pierce are characters written for you to hate. There is no nuance, no layers, and there is very little in the way of responsibility put onto the leads in terms of inspiring the would-be villains’ actions. Instead, their insecurities and jealousy are damned while we watch the leads skirt around outright cheating.

Deja and Ian A Cuter Couple As Teens Than As Adults

“Rolling Into Christmas” suffers the same problem a lot of 90s and early 00s movies have in terms of allowing you to invest a little too much into the younger versions of the lead. Thus, when the time jump happens, there is a rough transition period to transfer you shipping the younger version of the characters over to the ones you are expected to spend the rest of the movie with. Now, why is that such a problem for “Rolling Into Christmas?” Well, there is nothing cute about Ian and Deja in the present day. They are different people, and while you can see some reminders of their former dynamic, it just isn’t the same.

Add in they are in very different places in life, and it makes the nostalgia seem like a lazy way to justify them rekindling and the expectation for you to root for them.

Rolling Into Christmas (2022) – Review/ Summary (with Spoilers)
Overall
“Rolling Into Christmas” ruins all it could have been through giving us the kind of romantic drama too many Christmas movies pursue where you aren’t sure if what you are seeing is cheating or not, and because the leads are unhappy, it seems you are supposed to write it off.
Community Rating0 Votes
0
Highlights
Everything Was Going Good Until The Relationship Drama
Disputable
Deja and Ian A Cuter Couple As Teens Than As Adults
Leilani and Pierce’s Insecurities Ruining The Movie
75
Subscribe to our mailing list