Resort To Love approaches the line towards being messy, as unresolved feelings nearly destroy a wedding.

After dating for four years, Jason decided to call off his engagement to Erica, who has long been more focused on her music career more than Jason. However, this doesn’t mean the breakup, so close to their wedding day, wasn’t devastating. But what makes it worse is the person she has been in the studio with, who she was sacrificing time with Jason for, he destroys the album they worked on together. Thus, Erica has nothing to show for all the date nights she missed, and now her career is in shambles, she’s unhappily single and unemployed.

But, thankfully, Amber, who has helped Erica get this far, gets her a nice gig in Mauritius, an island east of Madagascar, at a resort. This, to Erica, does feel like a step-down, but once she gets the hang of it, she learns to enjoy singing other people’s songs. That is until she meets Beverly, Caleb and learns they have come to the resort Erica is working at for Jason’s wedding.

Thus leading to an awkward, sometimes messy, couple of days filled with Erica unsure if she should pursue closure, Jason, his older brother Caleb, this friendship Beverly, Jason’s fiancé, wants, or to just hideaway.

There Really Aren’t Any Villains Here

Strangely, Resort To Love doesn’t have a villain as much as it has messy people. When it comes to Erica, her pursuit of closure and Jason’s as well, could push you into thinking they both are trash, yet eventually, you may settle on them being flawed humans. Erica’s lack of investment in the relationship caused Jason, who has always been insecure about his worth in his relationships, to leave. Beverly, who is a lovely person, seems perfect for Jason since just as she is ambitious about her career, she is also about having a family with the two kids, church on Sundays, and big Sunday dinners.

Heck, even when it comes to Claire, who appears to be the hotel manager, while she might be curt, she is never mean. She just wants to provide a good experience to guests, and with Erica messing up one wedding because she was triggered, she rightfully so was on her ass.

What we appreciate is that, while there is interpersonal conflict, due to Jason and Erica hiding their past relationship from Beverly and her family, when it comes to Beverly as an individual, she isn’t just Jason’s new lady. Rather, Beverly is made into a whole person who Jason is lucky to have. She works in local government, focusing on policy, has senatorial ambitions, has faith, loves her sister, and is fun. I’m talking drunken karaoke-type fun!

This is worth noting because, with Jason meeting and marrying Beverly a year after ending things with Erica, you could see this as a rebound of sorts. Yet, everything about Beverly is presented to note she is a catch, and considering she meshes more with his lifestyle, Jason is lucky to have her. Which makes a great alternative to where some may think this story would go in terms of making Beverly an obstacle to Erica and Jason getting back together.

The Unresolved Issues of Erica Going For Caleb

While there are issues between Jason and Erica because of how things ended and Beverly when she inevitably finds out, one thing not touched upon as you might expect is Erica and Caleb getting together. This is surprising because Caleb and Jason have a bit of a rivalry in terms of Jason always feeling in Caleb’s shadow. Thus, it seems Caleb is part of Jason’s insecurity issue.

So, him getting with his ex, that seems like it should cause issues. Then, add on their mother, Naomi, is a HOT ASS MESS? Someone who calls the lovely Beverly a siren? Granted, there was more than enough drama, but some of what we missed, but could be in a sequel, I wanted to see.

Resort To Love is probably one of the best romantic comedies we’ve seen that deals with people who are beyond their twenties. The main reason for that is, while the relationships presented and pursued are messy, they are in a way you can imagine yourself in – given the circumstances. Add in no one is made to be a bad person, just a tad selfish, insecure, or lacking communication skills, and this leads the film to circumvent what many movies like it would do.

Hence the positive label. Resort To Love, while simple, makes for a fun movie to watch and tests the audience who love films like this, to know there are options beyond the tried and true formula. 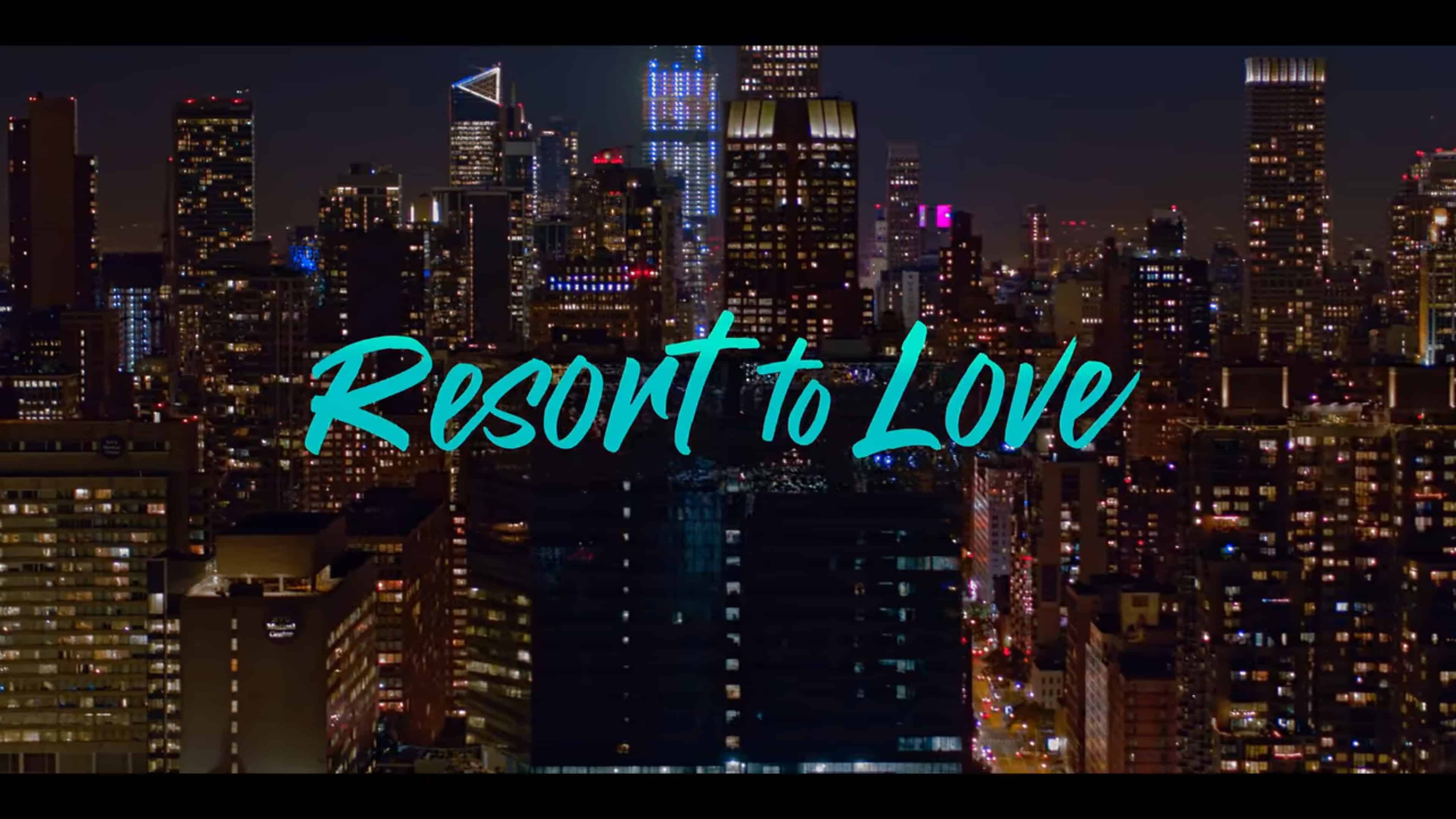 Resort To Love (2021) – Review/Summary (with Spoilers)
Who Is This For?
Those who enjoy messy love stories but want them comedically messy instead of dramatic, this person cheated on this one while they were also sleeping with this one, kind of messy.
Highlights
There Really Aren't Any Villains Here
Beverly
Disputable
The Unresolved Issues of Erica Going For Caleb
81
Follow Wherever I Look on Twitter and Instagram, Like us on Facebook, and Subscribe to the YouTube Channel.