Wherever I Look
Recaps, Reviews, and So Much More
Home Movies Red Sparrow – Recap/ Review (with Spoilers)
Movies

Red Sparrow is further proof that sexual content and violence cannot compensate for a lack of intriguing characters or story.

Dominika, a young dancer whose career was ended thanks to sabotage, finds herself in a terrible position. The company she worked for paid for her apartment and the insurance was a necessary benefit that helped manage her mother, Nina’s, health bills. Yet, as her uncle Vanya notes, despite what was originally seen as an accident, it isn’t like the company’s guilt will last forever. So, he makes her an offer which she can’t refuse, leading to another she can’t refuse, and so on and so forth unless she wants to die and her mother follow her eventually.

Leading to her eventually being trained to be a sparrow. Well, more so to be a professional escort. For while, at this training center, there are people learning to shoot guns and things of that nature, the Matron solely teaches Dominika and her peers about sex and manipulation. In fact, it seems that, when it comes to sparrows, that is all they learn and having sex with them is considered a legendary experience.

However, considering the way she handles a male peer and her uncle being a big man for the state, she is given a special mission. One in which she is to extract from CIA agent Nate Nash who is the mole he has within the Russian government. Leading us to wonder, as Dominika clearly is looking out for her best interest before Nate or the Russians, what will the end result be? Will she succeed in her mission, screw over the Russians, or simply screw over herself? 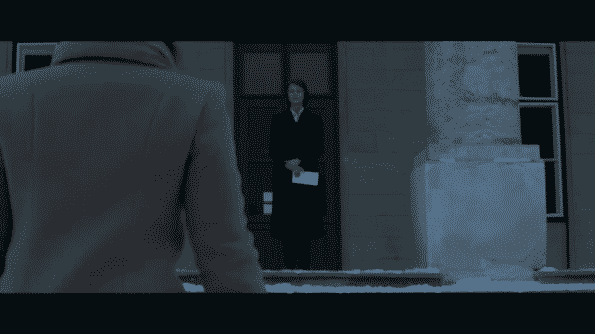 I am a firm believer in the idea that some actors can’t stand alone in a scene and make it good. Many, like Lawrence, need a good scene partner to challenge them to be better and do more than be polite on set and know their lines. For Lawrence in this movie, Rampling was that actor who challenged her. During the training scenes, she brought out an intensity in Lawrence which made it seem that perhaps she could pull off a movie that didn’t rely on her public persona being brought to her character.

But alas, Rampling’s part is not that large and sadly she is the only one who brings the best out of Lawrence.

It’s All Sex, Violence, And Lawrence With No Personality

I don’t think you can put someone who is very submissive in scenes, like Joel Edgerton, and put him with Lawrence when she is trying to be some kind of serious actress. In fact, putting Lawrence in a film when she is trying to be a serious actress – period – is a horrible idea. It is like Will Smith in After Earth. Strip the actor of their main selling point and you can see them drowning. But not drowning in the sense of flailing their arms and trying to be seen, I’m talking about after the fight is left and all you see are air bubbles hitting the surface.

That is what we get out of Lawrence in this film and what makes it worse is this film tries to liven things up with graphic torture scenes, of which include Lawrence being beaten, punched, and raped, alongside Edgerton getting his skin grafted. All of which will probably make you flinch a bit, but it doesn’t take away from the fact that you are more reacting to the tantalizing nature of a naked body or gyrating, if not the violence, than those involved in either.

The Cat and Mouse Game, and Story In General, Will Lose Your Interest After The First Hour

With the way things were going with Rampling and Lawrence, my fingers were crossed that this would be a slow burn kind of movie. One in which, as Dominika mastered all the Matron had to teach her, she would be applying this to Nate and we’d see the teachings pay off. Unfortunately, instead we are given this “mystery” of wondering whether or not Dominika will end up screwing over the Americans, Russians, or just screwing herself over. And in terms of the mole, after a certain point, it is like the film knows it was going to lose you so it just reveals who they are casually. Almost as if the writer knew, at this point, the theater isn’t going to give you back your money, so why not just get the mystery over with. The likelihood of you leaving at this point is nil. 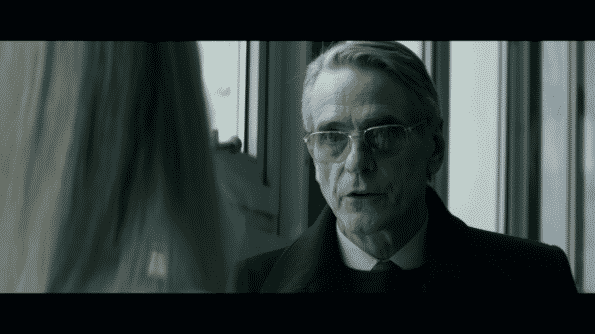 And it really leaves you taken advantage of in a way. Though the previews for this film were by no means spectacular, this is a government spy movie. One dealing with the abused notion of the cold-hearted, still not over the Cold War, Russians vs. America. Something which has been done to death, but surely this cast could have given something new and vibrant right? Nope.

The aforementioned back and forth of Dominika trying to play both sides? It doesn’t make things interesting. Her uncle having a thing for her, and most men being pigs in the movie, doesn’t add much. A story involving Dominika recruiting a senator’s secretary to help Russia? Yeah, Parker again produces the type of performances which leads you to firmly believe Weeds will be the highlight of her career for it is the only time the type of characters she likes to play, or just her approach to acting in general, worked.

There came a point where I thought to myself, I could save myself an hour and get to bed at a reasonable time. But, I wanted to hang in there, hope this film could turn it around, for it isn’t like we have any outright terrible actors in this film. However, what we do have is, besides Rampling, no actor playing up what they are good at. Lawrence, like so many actors, is having another learning on the job moment and everyone is trying to compensate for her stereotypical portrayal of Russians by doing their own stereotypical portrayal of Russians.

Hence the negative label. For while I love what Rampling tried to bring to the movie, her performance wasn’t powerful enough to turn this film around. It is a bore to watch, and the story has no real element of urgency or danger, even when you take note of the violence in the film. For, ultimately, violence and sex are but alarm clocks for this movie. They awake you and stimulate you a bit, but then someone hits the snooze button, and you’ll find yourself either bored to the point of frustration or getting comfortable enough to possibly take a nap.

I hope your theater was as empty as mine so you can get a little comfortable, but not so comfortable you drift away to sleep.