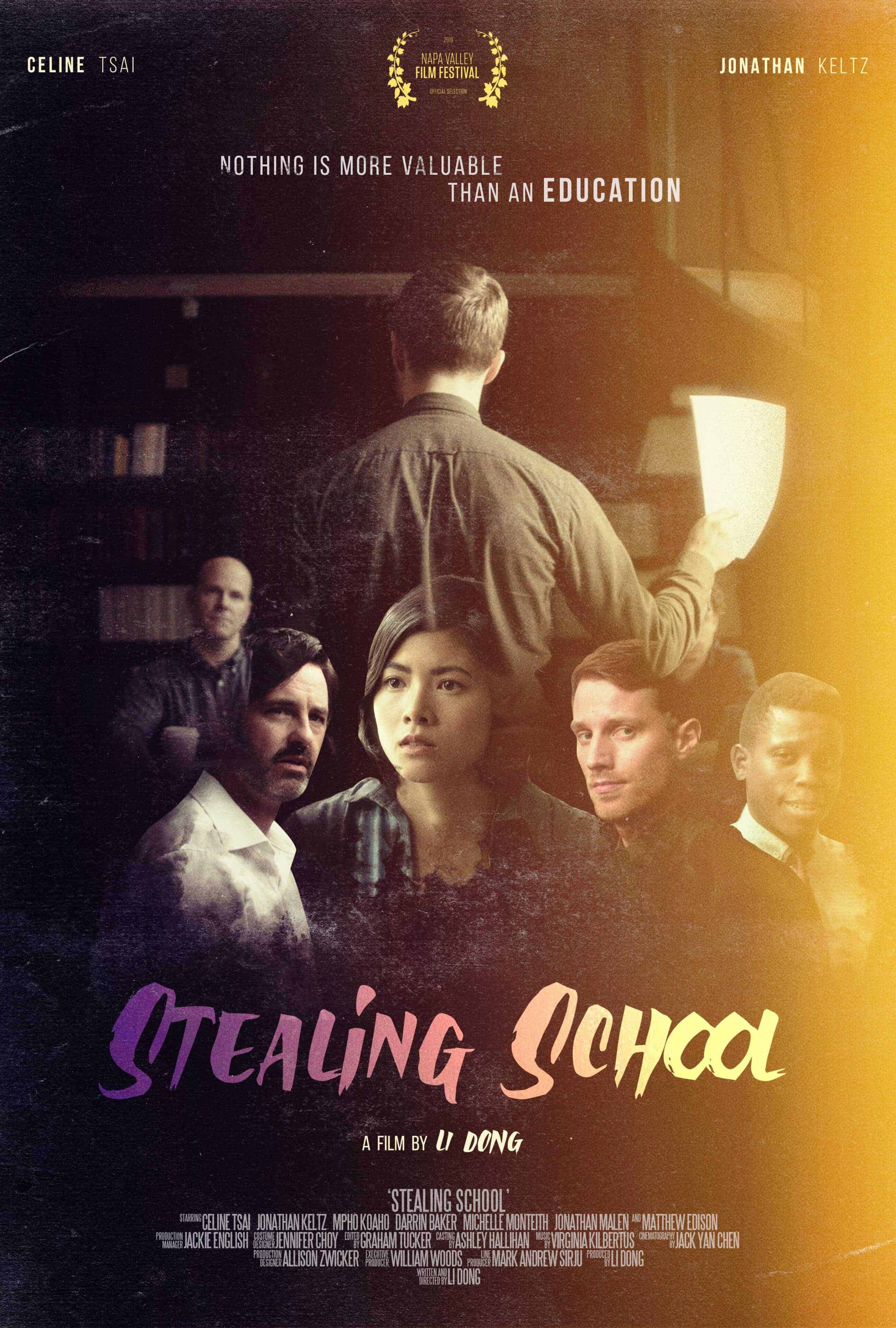 Stealing School may make you fearful of computer science majors as you watch one do whatever it takes to graduate.

At DuPont University, a Canadian school, April Chen is dealing with a tribunal over the accusation she plagiarized a History paper. Her actual professor, Alan Thorton, isn’t the one to bring up the charges, but rather his TA, Keith. Someone who has it in for April due to her not respecting the major and career he dedicated himself to, never mind her having a job and everything lined up, whether she graduates or not. Thus making it so we have April, a potentially major catch for the university, versus the one person who believes he sees through her and beyond the façade she puts out.

With being on the verge of graduating, and almost a dozen family members coming for the ceremony, April is on a high. One that includes a job waiting for her, selling a platform that has already brought her money and the only thing in the way of having it all is an overzealous TA. One she never liked and now is making her life hell.

Keith is Professor Thorton’s teaching assistant who has a history with April. Not romantic, but he knows her work well enough, and has caught cheaters in the past, which makes him think he has April pegged. However, he isn’t aware of all that is against him in his crusade.

With no desire for the tribunal and skeletons in his closet, Professor Thorton is trying to quickly have April’s trial wrap up. Especially due to the relationship they have.

When it comes to Keith, his desperation to have April not get to walk is hilarious. Any and every way he can think of to get the truth, like trying to trip people up to treating the tribunal like a dramatic courtroom drama, he makes himself into a potential laughing stock.

Yet, at the same time, you get it. Clearly, April couldn’t give a damn about a history class, never mind writing papers for one, yet she wants to make her family proud and just having a job isn’t enough, they want to see her graduate college.

So with him catching her, and this being his only chance to stick it to someone who is going to make more than him and have far more relevance, he is the little guy. Plus, with how smug April sometimes is, slowly but surely, Keith can win you over, depending on your perspective.

But while Keltz gets a reaction out of you, Tsai as April that makes the movie. For with everyone on edge about what might be decided, you can see April well deserving of all this attention. Then when you add in Tsai’s performance, in which she layers April, it makes you wish this was longer.

For when you consider the different angles Dong has written for April, you almost feel like she is simplified. Take note, she is an immigrant student who wants to make her family proud. However, at the same time, she has to pay for classes that have nothing to do with her major, and due to that, she potentially cheated and has gotten caught. Yet, with getting caught, and the way the system is set up, she can manipulate it.

Leaving Tsai giving you this almost femme fatale character who barely lifts a finger yet slowly becomes the most formidable person in the room.

With Tsai’s devious performance and Keltz matching her by being over the top, Stealing School is a fun way to kill an hour and some change. Mainly because, as it pursues being just ridiculous enough to be entertaining yet still give the vibe what you see could really happen, it reminds you of how precarious life can be and how manipulatable any system based on morality is.

, Stealing School is a fun way to kill an hour and some change.