“Only” is a sci-fi drama, with a small cast, that is less about entertaining its audience and more about trying to use the sci-fi element for a bait and switch.

In modern-day, a comet flies over the planet, and from it came the HNV 21 virus. Said virus, which seems to only be lethal to the female population (humans and other animals), devastates the world. “Only” focuses on one couple trying to survive, Eva and Will, who make it far longer than most people, to 400 days. But, after a raid hits their home, the couple finds themselves forced to venture to the outside and avoid the now multi-million bounty the government has put on women, in hopes of finding a means for artificial births, as they await a vaccine.

A young woman, of English origin, who is either a photographer or simply into photography, that is still close to her parents. Which makes being forced into quarantine, later isolation, hard for her. 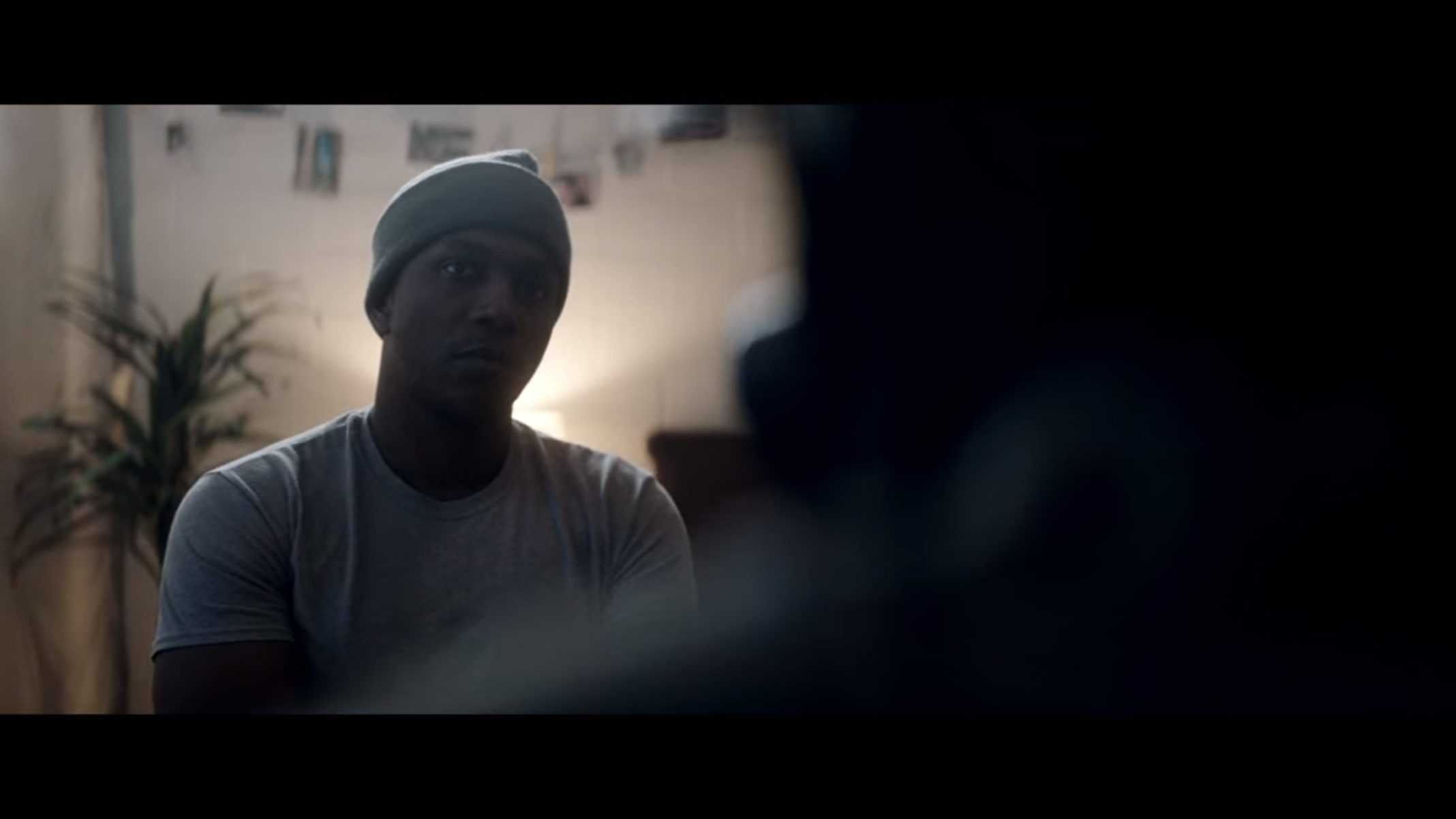 Eva’s boyfriend, who does his best to take care of Eva but with him going from boyfriend and lover to feeling like her captor, she begins to develop a love/hate relationship with him.

With a couple seemingly on the run, a virus plaguing women, and it clearly putting pressure on the relationship, “Only” didn’t seem like it would be the best movie out there, but something worth spending a Sunday with. Which, in some ways, it is. For while Eva and Will surely don’t have the kind of relationship that induces butterflies, his desire to protect her matched with her frustrations creates the kind of friction you’d hope would become something more. Especially as she tries to masquerade as a guy in order to get out into the world and live peacefully.

But, as it becomes clear Eva has made certain decisions, and this film isn’t going to have much, if any, action scenes, it slowly loses what could have made it interesting.

The Sci-Fi Is The Hook, But The Drama Will Not Keep You On The Line

In terms of this being a “Sci-Fi,” it doesn’t go beyond a virus and pandemic. Well, and the mention of trying to create artificial wombs since women are dying in the millions. But, beyond that, all this film has to offer you is a relationship that is disintegrating since Eva feels she is trapped due to the world outside and Will’s precaution. And being that they don’t even come off as the kind of couple you want to root for, their relationship issues don’t add much to the movie.

Heck, even Eva’s issues with feeling entrapped don’t create any interesting exploration into their relationship or her experience. Everything remains rather surface level and could potentially bore you.

The main issue with “Only” is that it doesn’t have anything to keep you interested. Its leads don’t have the kind of relationship you care about enough to want to see it survive, and while the pandemic does create potentially engaging scenarios, they aren’t fully explored. Rather, you get the vibe the epidemic was supposed to be the hook to draw interest so you can see this relationship trying to survive it. But with both Eva and Will, together and as individuals, having little to no means of enticing you to invest in them, you’re left with a film that wasted its potential.

Hence the mixed label. Can “Only” be enjoyable? Yes. However, like many who omit action and suspense, or even traditional horror elements, while operating within the sci-fi genre, there was a need for strong characters to compensate. Which we believe describes neither Eva nor Will. 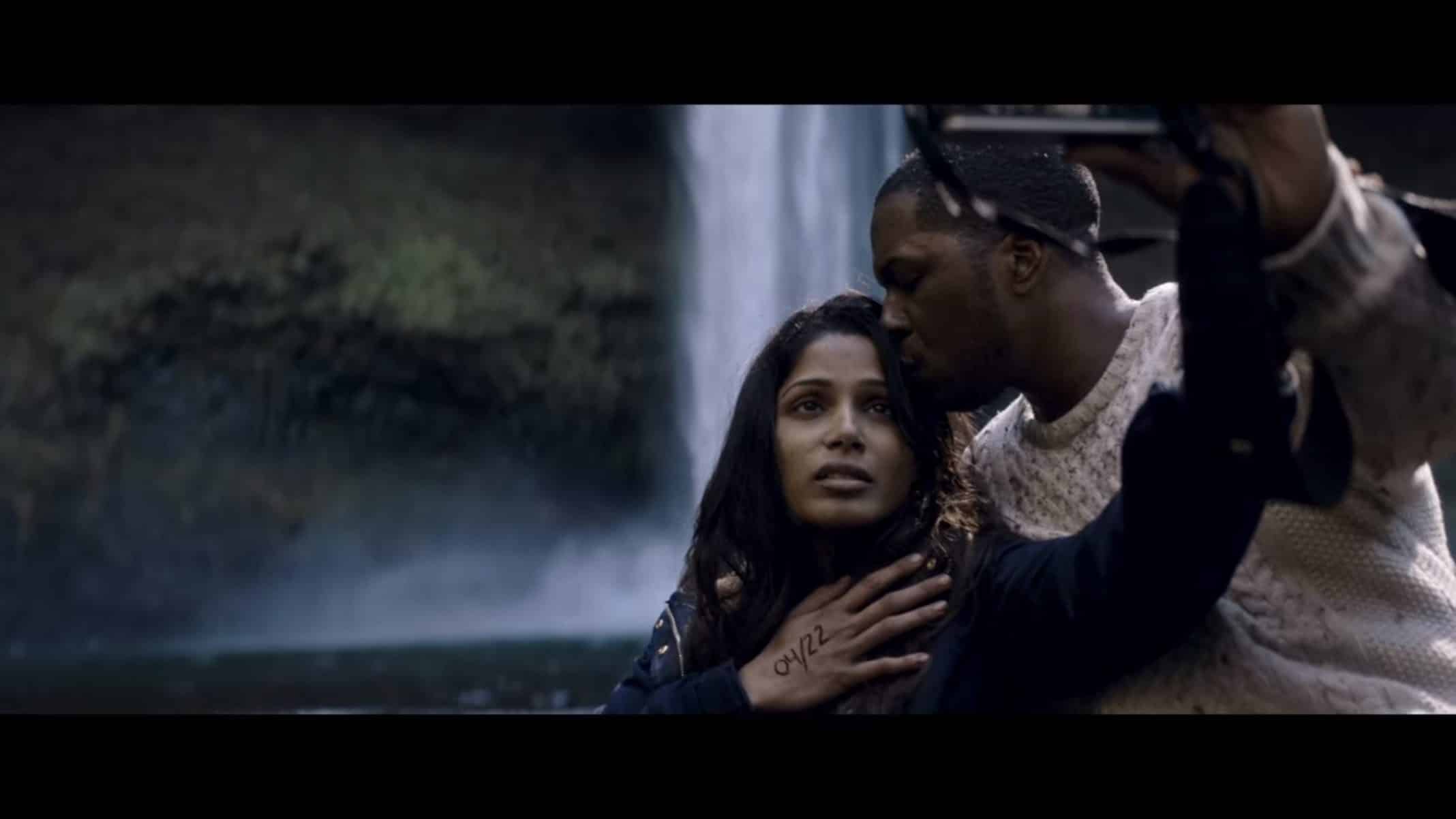 The reason Eva is sick and dying is because she got so tired and felt so isolated that she walked outside, in a hazmat suit, and decided to expose herself. For with her chat room going from 131 members to just her, and not being able to talk to her dad, only Will, it became too much. She decided she’d rather doom herself, and thus have the potential to be free, than stay trapped and fear the day she’d become discovered.

Thus, Eva and Will head towards the woods in search of a waterfall, for that is what Eva wanted her last sight to be. On the way, they do attract the attention of hunters, but Eva gets away long enough to eventually catch the son off guard, seemingly just by being naked. From there, they leave the dad, who we assume got shot, but as for where? That isn’t answered or seen. So, in the end, Eva gets to die as she wishes and adds to her collection of women who take their picture before their deaths.

With Eva on one of the last days the average woman survives, all that we’d be left with is Will. So there is little to no sequel potential.

Can "Only" be enjoyable? Yes. However, like many who omit action and suspense, or even traditional horror elements, while operating within the sci-fi genre, there was a need for strong characters to compensate. Which we believe describes neither Eva nor Will.