Wherever I Look
Recaps, Reviews, and So Much More
Home Movies Night School – Recap/ Review (with Spoilers)
Movies

While this won’t go down as the best we’ve seen from Kevin Hart or Tiffany Haddish, comedy-wise, there is a deeper message which compensates for that.

Table of Contents show
1 Summary
1.1 Question(s) Left Unanswered
1.2 Collected Quote(s) or .Gifs
2 Highlights
2.1 Learning Disability Awareness & Getting Tested
3 On The Fence
3.1 The Comedy Was Hit And Miss
3.2 The Emotional Element
4 Overall: Mixed (Divisive) | Purchase Or Rent On (Fandango/ Amazon)
5 Follow Wherever I Look on Twitter and Like us on Facebook.

Teddy, thanks to an emotionally abusive father, Gerald, has always had issues. At least at home. Especially since his twin sister, Denise, was a bit of a golden child. So, combine his father talking down to him most of his life and having multiple learning disabilities, dyslexia, dyscalculics, and a processing disorder, to be specific, and it made Teddy have self-esteem issues. When it came to learning anyway. Socially, Teddy probably blows Denise out of the water. Hence why, before he blew up the store, Teddy was a top salesman for a BBQ grill place and his best friend, since high school, Marvin, figured he’d kill working as a financial analyst. Problem is, Teddy dropped out of high school.

But, 17 years after leaving school, he is back and trying to hustle his way into not learning a damn thing. For it wasn’t until coming across Ms. Carrie that anyone really sat down and tried to help Teddy. Get him tested and diagnosed, you know. But, thanks to her, and despite Stewart, Teddy may just be on his way.

“This is a minor setback for a major comeback.” 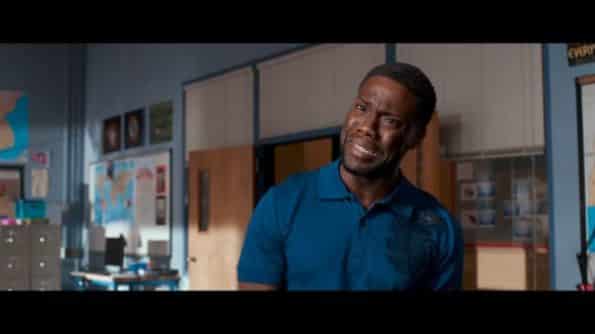 While, as Taraji P. Henson noted on her recent interview with The Breakfast Club, sometimes Black children are diagnosed simply to keep the problem ones out the way, that isn’t always the case. Sometimes, being tested, being diagnosed, is life changing. It’s like Matt said in Sorry For Your Loss:

And the reason that relates so much to Teddy’s story in Night School is because his dislike of learning was pushed as it is for many kids. This idea that you get bad grades because you aren’t focused, because you’re lazy, when the truth could be, though not always, your struggle comes from an undiagnosed disorder. One which, upon learning about, all that is needed from there is a teacher like Carrie who takes their time and puts in the effort.

For it is one thing for a student to struggle, but a teacher to recognize it and try to help them? It seems no one really took the time and pushed Teddy, or his family, to see what their options might have been. Plus, how often do you see, in Black media, mention of learning disabilities? Outside of Theo on The Cosby Show

, I can’t think of another example of a Black character noting they had a learning disability, or disorder. Then with dyscalculia, dyslexia with numbers, I just learned that existed this year from watching Andi Mack since a character on that show, geared towards tweens, has it.

And just the exposure, even if handled in a light-hearted and comedic way, with the only solution being focusing harder, matters so much. For while someone is laughing, maybe they might realize they, a family member, or friend has one of the disorders Teddy has. Possibly changing their life forever.

The Comedy Was Hit And Miss I got about 8 good laughs out of this, and most of them came from the “Woke,” borderline hotep, Jaylen. As for the rest? It’s shared amongst the very eccentric cast. You got Stewart, who sees Teddy as his nemesis and decides to get his revenge; Theresa, someone who went from 16 and pregnant to married and seemingly on the verge of a homicide/suicide; Mila, who is just a party girl getting her life back together; Bobby, a cat in prison trying to learn and not get shanked; Mackenzie, who fits the profile of most of Rob Riggle’s characters, and then Luis, who is a immigrant with an accent. Yup, that is the joke when it comes to that character.

As for Carrie? Let’s just say Haddish doesn’t steal the movie as she did in Girls Trip. She gets a good joke in here and there, but neither her nor Hart have the kind of jokes or performance that make it where they eclipse each other or the rest of the class.

At this point in their careers, neither Haddish nor Hart have started to transition to more dramatic roles on a consistent basis. However, this movie kind of has them tap into their bag a little bit. Though, again, Teddy’s diagnosis is handled with lots of comedy, you can also see some relief in learning the truth. Especially because of Teddy’s relationship with his dad making him feel like a failure. Then with Haddish, as Teddy watches her be nice to a kid who is in her special ed class, you see that side of Haddish that we don’t get too often. I’m talking about that side when she isn’t on and trying to make people laugh. Which brings just a little bit of excitement to her dramatic project, coming next year, which will have her working with Elisabeth Moss, of The Handmaid’s Tale, fame. 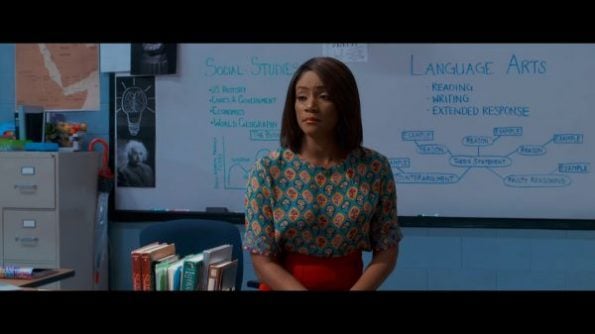 While you have to applaud the film for bringing light to learning obstacles, what leads this to being labeled as divisive is that it wasn’t as funny as I expected it to be. Granted, Haddish showed, with Uncle Drew, she isn’t going to be funny in everything and anything she is in. Also, for Hart, it doesn’t seem that long since 2015 when he ran his “Big Little Man” schtick into the ground. Not truly recovering until Central Intelligence. So perhaps it only makes sense both decided to test the waters with being more emotional and not always for comedic effect.

However, first and foremost this is a comedy and between those two, and the eccentric, to the point of weird, characters they are surrounded with, the comedy is too hit or miss. Hence the mixed label for when the best thing about a comedy is it shedding a light on learning disorders, as nice as that is, also it seems kind of wrong. Especially since it doesn’t demystify the test nor how to handle having any of the disorders. Jokes are used after Teddy is diagnosed and memories of Carrie yelling, or whooping Teddy’s behind is the solution. Leaving you slow capping, as you wonder if this is appropriate, anything worth praising.