Wherever I Look
Recaps, Reviews, and So Much More
Home Movies Murder Mystery (2019) – Summary, Review (with Spoilers)
Movies

Murder Mystery is probably the best Adam Sandler comedy in years, at least in terms of story.

After 15 years of marriage, Audrey (Jennifer Aniston) sees Nick (Adam Sandler) as a nice guy, an okay husband, but not necessarily the best husband. The source of her criticism: They never went on their honeymoon. So, with hearing her speak on it, and him feeling bad about not providing the life she deserves, Nick takes her on a European vacation. One which, originally, was supposed to be a bus tour which would have them learn how they cure ham. However, with the introduction of Charles Cavendish (Luke Evans) and his eccentric peers, they find themselves in a murder mystery plot. One which, at times, is very similar to the novels Audrey loves.

The Need To Question What Was Real 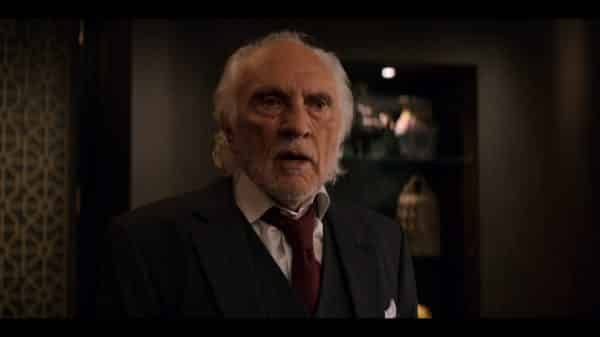 Throughout the movie, it’s hard not to question whether, to prove men listen and care, if Nick set up Audrey with a giant mystery tour across Europe. After all, between a credit card or saving for 15 years, it could be possible. Also, as Audrey said, some of the names and personas, what happens to her and Nick, seem straight out of a mystery novel. Making it so, between trying to figure out who may have murdered Uncle Malcolm (Terence Stamp), and wondering if all of this was real, you get two decent mysteries for the price of one.

Like most SNL alumni, Sandler has a niche that he clings to and has gained enough of a following to keep said niche profitable. However, unlike past Netflix films like Sandy Wexler, he did not write this. Which for some comedians sometimes mean someone trying to get the essence of the star but not quite nailing it. But, when it comes to Murder Mystery, arguably they bring the best of Sandler to the film. They give him just enough juvenile humor for him to be comfortable, yet also tap into his dramatic side just enough to keep his performance grounded. Making it so Aniston isn’t forced to do the heavy lifting. Speaking of Jennifer Aniston, she pretty much owns this movie. Sandler might be the reason this got made, thanks to the film being a Happy Madison production, and his Netflix deal, but Aniston damn near steals the show. Not just in the scene featured in the trailer, but in general. For with her character being a mystery buff, and Sandler sometimes playing her bumbling sidekick, she gets to shine unexpectedly. Not to the point of seeming hilarious or like a grand detective, but she makes what some could have been another forgettable Sandler movie into something decent.

The Comedy Is Subjective

Don’t get me wrong, the film has its moments, nearly all of which are silly, but this isn’t a film that has one joke lined up after another, and they all kill. However, I don’t think anyone would find most, or any, of the comedy offensive. Even with multiple ethnicities represented, there aren’t any Asian jokes, Spanish jokes, or jokes about people of African descent. Maybe an Eastern European joke but something so minor, compared to how most films make them generic villains, that it probably won’t even register on your radar. Murder Mystery I think might be one of the few films those who aren’t big-time Sandler fans can enjoy. It gives you a watered down version of his humor, someone good to play off on in Aniston, and with them being treated as equals, if not Aniston a slighter more interesting role, it makes for a quality film. Mind you, not one I think would be a box office hit if released in theaters, but definitely something to kill time with and not hate yourself thereafter.

Which I know isn’t a glowing review worthy of being marked positive, but with coming in with low expectations, I was pleasantly surprised how enjoyable this film is. And considering how the majority of the stuff reviewed is mixed, with Sandler’s comedies often being bad, in comparison, Murder Mystery seems worth seeing if curious about Sandler’s recent work. If not pushed to watch something on Netflix that’s new.

The Need To Question What Was Real - 85%

The Comedy Is Subjective - 75%