Malcolm & Marie pushes you to understand the complicated middle before a relationship comes to an end.

For who knows how long, Malcolm has worked in the film industry but hasn’t had the ability to not only make something he was proud of but get that sense of validation. With his latest film Imani, he does so. However, while the film is a great success with glowing reviews, one thing missing is Marie. Now, who is Marie? Well, she has been Malcolm’s partner for at least five years, and a lot of her story mirrors Imani. So, with that in mind, not getting a thank you when the film premiered ends up being the straw that broke the camel’s back. Thus leading to a night-long series of arguments about the film and the issues of her and Malcolm’s relationship.

[…] not everything I do is political because I’m Black.
— Malcolm

I feel like once you know someone is there for you and once you know they love you, you never actually think of them again. […] It’s not until you’re about to lose someone that you pay attention.
— Marie

None of us are proud of where we first start off.
— Malcolm

God forbid I’m secure enough in my opinion that I don’t need you.
— Malcolm

Recreating reality doesn’t make something interesting. It’s about your interpretation about reality.
— Malcolm

[…] I value mystery. The unknown. It’s what supports the tension of a relationship and forces us to be the best version of ourselves. The what-if factor.
— Marie

Your lack of curiosity is merely an extension of your narcissism.
— Marie 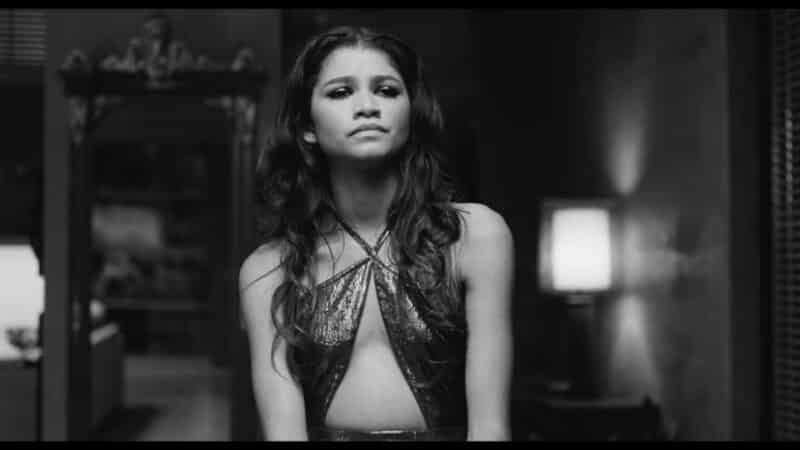 Marie’s background is a bit sordid. Five years ago, when she met Malcolm, she was 20, a troubled actress whose addictions were uncontrollable to the point it seemed she wouldn’t have made another five years. Yet, here she is, because Malcolm stuck by her, even when she was at her worst, and so you understand, despite her seeing Malcolm as an “Emotional Terrorist,” why she sticks around.

Unlike Marie, Malcolm knows stability. His parents are together, both in respectable jobs, as is his sister. Also, Malcolm went to college and has seemingly traveled the world. However, while educated, a conversationalist, and someone who knows how to network and fight for what he believes in, he also is a borderline terrible partner. One who, the way he paints his dating history, may prey on women he sees as “Damaged” due to what Marie calls his neediness. Thus allowing him to be almost malicious in arguments, which he will go down into the dirt in, yet think in the vulnerability of his anger, he can still maintain the love he seems to desperately need on tap.

The Difference Between Fighting With Someone And For The Relationship

In Malcolm & Marie, everything boils down to the difference between fighting with someone and fighting for the relationship. Marie’s position is addressing Malcolm’s flaws, for he is verbally and emotionally abusive. Which, if Marie didn’t go through hell before getting with him, she wouldn’t be able to withstand. Yet, because she stays and takes it, it appears to give Malcolm a license to see how much she can take and how far he can go.

It reminds me of a part of James Baldwin’s conversation with Nikki Giovanni about giving the man, everyone else, your lips to kiss their ass (my words) and yet spewing all the s*** off your lips to those you love. When it comes to Malcolm, Marie notes he is a ho – because the film business calls for it. So it seems, for all that he has to fight for, the ass he has to kiss, since, with Marie, that isn’t called for, he brings her all the hate, anger, and more he can’t express in any other facet of his life.

And because of that, it seems he uses every opportunity available to fight with her, to make up for all the negotiations and losses he takes outside their home, than fight for their relationship. Which is really wild to see since there is also the factor of him fighting her because she is too close. She knows him, has the ability to be honest, and almost cutting with him, but, again, while she is trying to build a relationship to last, he sees any comment or criticism as a personal attack. One that is especially threatening since he let her in, he allows himself to be vulnerable around Marie, so her using that in a way to cut away the cancer of his flaws rather than embrace him? He doesn’t know whether that is a reason to bring her closer or push her away. Even after being together for five years and him, throughout that five years, helping her cut a major part of herself, which was an addiction to pills.

The Power Of Owning Your Narrative

Speaking of her addiction, one of the things which gnaws at Marie, and you may feel like is beating a dead horse, is the argument Malcolm & Marie have about the film, its origins, and the premiere. Yet, even with Malcolm pushing that Imani isn’t wholly based on Marie, there is no denying the pain of having given your story to someone, and then they commercialize it without so much as a thank you. Because now, Marie can’t tell her own story without the association of Malcolm and question of if her story has value since it has already been told, and Malcolm’s version receiving high praise.

And it really paints the trouble of dating an artist. You don’t own a thing of them, yet they own pieces of you and sell it for profit. Your story, how you love them, and how you anger them are laced in their work, if not whole songs, movies, or books. Yet, what do you have to show for it? If you leave them, you didn’t get a writing credit or, like Marie, a role, so you can say you owned at least part of the story through its visual depiction. Instead, you have nothing but your word and how you believe you contributed.

However, if that story isn’t corroborated, you know what happens. You are seen as jealous, envious, a gold digger, a leech who the one who was oh so great should be glad is no longer trying to suck the life out of them. And so, you are left with nothing, them everything, and because you love them and want to continue being with them, you give them more. Only to hope that your words, feelings, and history don’t continue to inspire without you getting due credit. 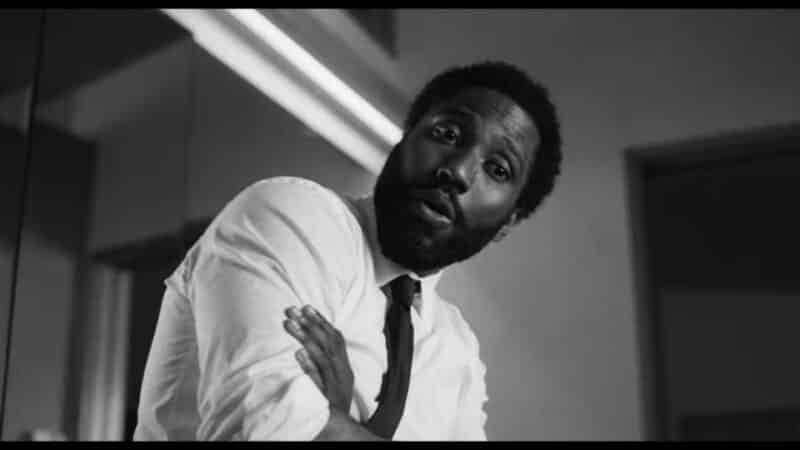 For as Marie said, she lived through what Malcolm wrote, and all he added was his interpretation and perspective. So only one really made any sacrifice, truly lived, while the other got everything without the scars and trauma.

That Scene When You Thought Marie Was Going To Kill Herself

There are multiple scenes in the movie where you’re left to feel Zendaya bodies the role of Marie. Be it the moment in the bathtub, when you see this smile as Washington eviscerates Marie’s idea she, as a whole, is Imani, and it makes you think she has made the decision to leave. Also, there is one of the last scenes when she sheds light on all she does in Malcolm’s life and is never thanked for, but then there is the scene where it felt like the film wanted to tarnish Marie because it demonized Malcolm too much.

Let me just say, in that moment, I was ready to type up a low point or on the fence moment. For while we know Marie wasn’t a saint, beyond her drug addiction, it felt like, in one scene, they were trying to justify all of Malcolm’s vitriol by reminding you they both willingly suffer because they stayed. So when Marie had a knife in hand, spoke as if she was going to kill herself, or kill Malcolm and then follow suit, only for Marie to use that moment to prove she should have been Imani, I was floored.

Why? Because I got so caught up in who Malcolm painted her as I thought she was capable. It fit the trajectory of a rather messed up argument, so to venture in that direction and then Zendaya turn off that faucet and give us a proverbial Aunt Viv snap as she walked away? Man, I don’t know if Zendaya may win an award for this role, but she better get nominated for all she qualifies for.

When we watch films focused on relationships, it is usually about the fluffy or comical beginning, the dramatic end, and when it comes to the middle, even when there are fights and issues, they aren’t the heart of the movie. In Malcolm & Marie, it is, and it reminds you of all the fights and feelings which make some sheepish about being in love. For you can romanticize the cuddles, the sex, having a partner, and that person being your best friend. However, everything comes at a cost, and sometimes your sanity and time fluctuate in value to yourself and the other person.

And while we, many times, saw Malcolm as trash and the relationship toxic, it is because we’re seeing a relationship behind closed doors. Malcolm & Marie pushes you to deal with those imperfections you put up with because you love someone, see their potential, and their loyalty has shown them to be better than they are at their worst moment. Hence the positive label and recommendation. For with Malcolm & Marie, Sam Levinson and Zendaya have proved themselves to be the next (professional) it couple, like Spike Lee and Denzel Washington, Blake Edwards, and Julie Andrews, and so many others. Despite it all, Malcolm and Marie remain together. This is regardless of Malcolm using Marie’s life, not fighting for her to play Imani, having her consult and talk to him throughout the process, yet not thank her once. Not for all the work she did to get Imani released or her doing a wife’s work with no ring on her finger.

Also, this is after he dresses her down and says she lacks ambition, amongst other things. This isn’t to say Marie doesn’t get her digs in as well, might have even planted the seed which led to the criticism of Imani in the LA Times, but Malcolm’s seems much more personal than anything Marie said.

It would be so interesting to see Marie’s life up until the night in question. For a part of me almost feels like the Malcolm and Marie dynamic almost mirrors the Rue and Jules relationship. Mainly in that it is very easy to damn Malcolm, despite you being well aware being Marie’s drug addiction and her cheating on Malcolm, at least once, he has gone through a lot.

The Difference Between Fighting With Someone And For The Relationship - 88%

The Power Of Owning Your Narrative - 84%

. Malcolm & Marie pushes you to deal with those imperfections you put up with because you love someone, see their potential, and their loyalty has shown them to be better than they are at their worst moment.