LOVE, DEATH & ROBOTS: All Through The House – Review/Summary (with Spoilers) 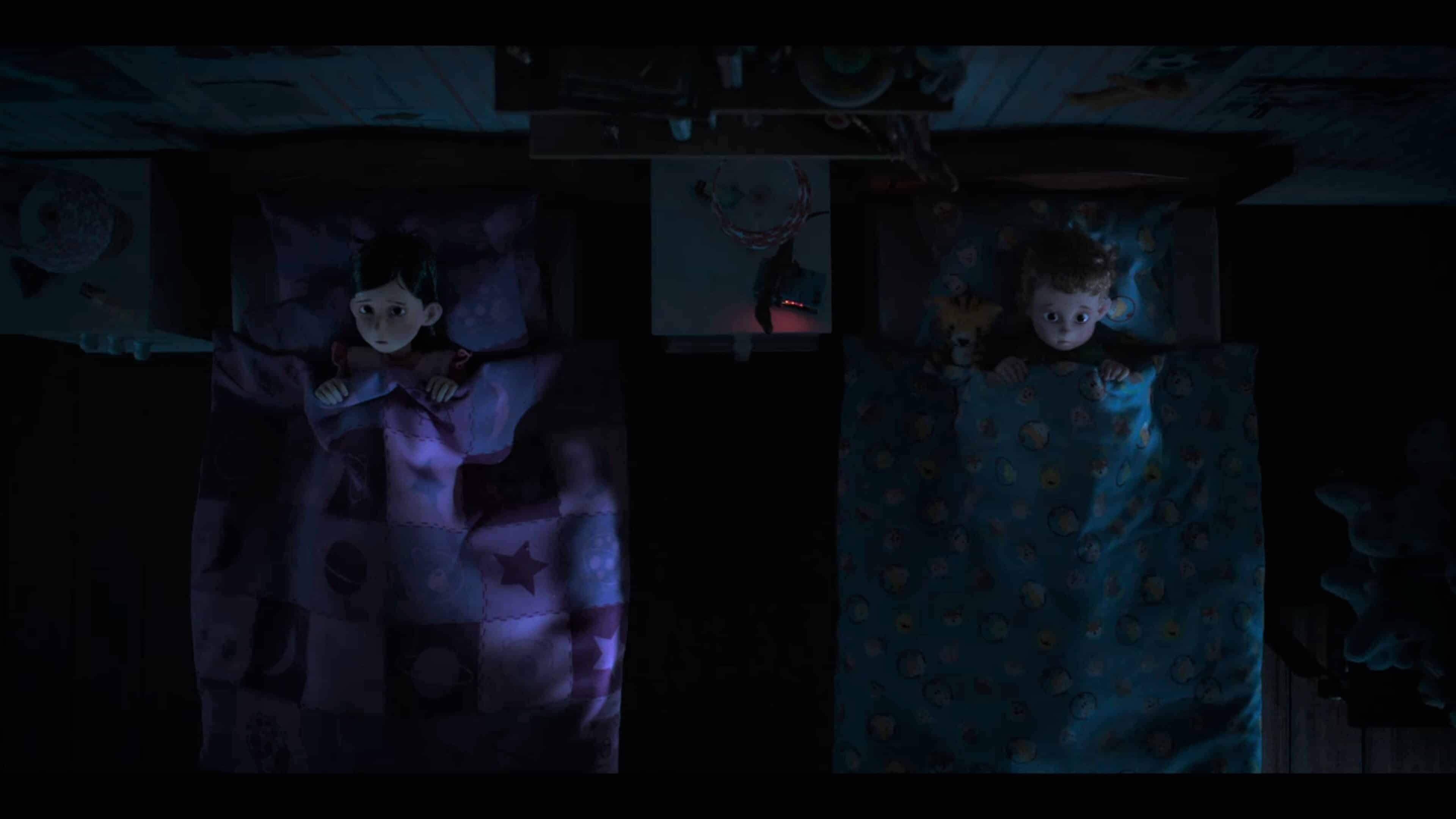 All Through the House presents the idea Santa’s Little Helpers may not be cuddly and friendly reindeer, and naughty kids may not just deal with coal.

It’s Christmas Eve, and two children, Billy and Leah, hear something downstairs! However, what they see is by no means Santa Claus.

Leah is a young girl who, with her brother, wants to see Santa Claus.

Leah’s younger brother who wakes up in the middle of the night, hoping to get a glimpse of the famous Santa Claus.

Some thing which may deliver presents but is not Santa Claus.

The line in the song which says, “So be good for goodness sake” is definitely what this short is built around. For as the creature sniffs and analyzes, you are left to wonder, even fear a bit, what if one of these kids are naughty? Will it eat them, swallow them and enslave them at the North Pole to make toys forever? These questions aren’t answered, but you do get a nice fright and chain of thoughts when all is said and done.

All Through The House presents a nice little scary story that reminds you how some holiday lyrics can be twisted and made into something horrific.

All Through the House Ending (Spoilers)

Both Billy and Leah go downstairs to see Santa Claus but end up coming face to face with a creature that doesn’t look anything like any Christmas tale marketed to kids. If anything, it looks like the monster from Alien, after several generations of evolving and adapting to Earth. The only difference is, this being can talk and can apparently smell whether a person is naughty or nice.

Luckily, for both Billy and Leah, they are nice, so it regurgitates their gifts and then heads up the chimney. Leaving both kids shock they got what they wanted but also wondering what would happen if they were naughty?

Does All Through The House Have Series or Feature Film Potential?

It appears as a one-and-done short that doesn’t need expansion.