Lady-Like has the vibe of a web series and it being a movie is ultimately upsetting for you are left wanting more.

Allie is a college junior in a DC town and is slightly boy crazy. Well, better said, she wants to date and find someone, but since that is easier said than done, she at least wants to have fun with someone cute. Enter Kort, Allie’s best friend, who usually helps her get ready, and they provide each other pep talks. That is until Daniel comes into Kort’s life and Allie finds herself having to recognize who she is when not obsessing over Kort’s life or finding ways to avoid her own.

It Feels Like A Web Series Cut Into A Movie

One of the things you have to love about this movie is that it has the vibe that it could have been a series if it wanted to. The way Allie, Kort, and the girls they share a house with are developed, you can imagine this being a YouTube web series or something to the effect of The HookUp Plan, alongside Dude. For what we get in less than an hour and a half feels like a truncated season. One which largely cuts out the storylines of Mary, Luce, and Pam, despite how interesting each one appears to be, and focuses just on the main storyline of Allie’s. Also, there is so much revealed when it comes to who Allie is, her relationship to Kort, and how their dynamic is, that you can imagine, as a half-hour comedy, this extending 10 or 12 episodes.

The Dialog Is A Little Cringy At First 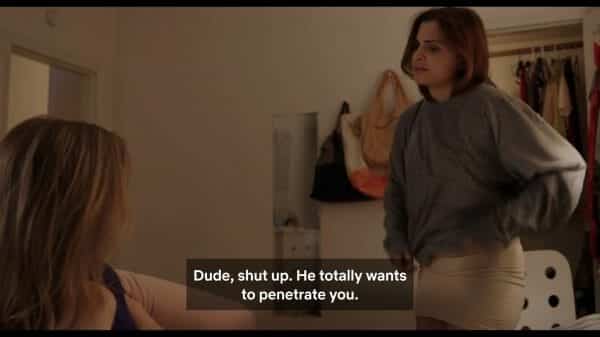 Allie (Stephanie Simbari): Dude, shut up. He totally wants to penetrate you.

Well, specifically Allie’s dialog. However, the issue with Allie’s dialog may only come about if you don’t know someone like Allie. If you don’t, like I don’t, it can feel a little cringey and Allie can sound like she is speaking a generic guy’s dialog flipped to accommodate a woman. However, with time, Simbari figures a way to maintain the fact Allie generally doesn’t give a f***, is vocal about sex, and that is how Allie is. It’s not writer/director Brent Craft just trying to appeal to an underserved female market without ingenuity.

Who Are All These Other Girls In The House?

One of the big reasons I noted this felt like a web series, was because, as mentioned, when it comes to Luce, Mary, and Pam, they are featured just enough for you to know they exist and get a sense of their personality. This comes as a bit of a double-edged sword. On the one hand, it explains how Kort and Allie can afford to live in DC and live fairly carefree, without jobs.

However, on the other hand, you have characters like Luce who, as Luccardi does in most of her roles, draws you into the point of you forgetting about the other characters. Then with Pam, her obsession with this murder mystery podcast, you can imagine being a b-line story throughout a season, alongside whatever else she has going on. As for Mary? I feel like we only got a slight taste of what Mary was doing and with her getting a hickey, and hiding it with a neck brace, among other things, seeing these ladies, but them being barely featured, seemed like a cruel tease.

I’d even say Craft made it so you are meant to get aggravated so that you’d want to see what is next from him since you can see the potential. 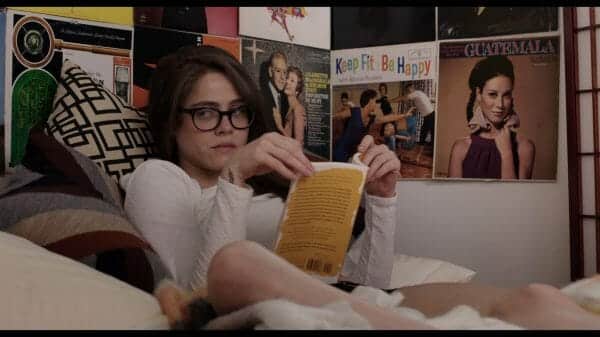 The best and worst thing about this movie is that it leaves you wanting more. You want more of these characters, their story, and to see everything fleshed out further. There is a desire to know Luce, Pam, and Mary, yet the possibility of this being made into a series, is probably slim to none. So all you can do is enjoy what’s there.

Which, if what the “Good If You Like” section applies to you, I think you’ll find yourself enjoying this film. Hence the positive label for while it takes a little bit to adjust to Allie’s dialog, Simbari’s commitment to it smooths over the awkwardness and between her, and the rest of the ladies, you’ll be enraptured.