Wherever I Look
Recaps, Reviews, and So Much More
Home Movies Into The Dark: A Nasty Piece of Work – Review, Summary (with Spoilers)
Movies

Into The Dark: A Nasty Piece of Work – Review, Summary (with Spoilers)

Into The Dark: A Nasty Piece of Work is likely one of the best entries into the series in a long time.

What would you do for a promotion? That is the basis for the latest entry of Hulu’s Into The Dark series, and two young men, Gavin and Ted, are faced with this question, with the support of their wives Missy and Tatum. Creating two sets that find themselves at the mercy of Falconheart Ventures Executive Steven Essex and his wife Kiwi. Two people who put the men and their wives through hell over a supposed promotion. 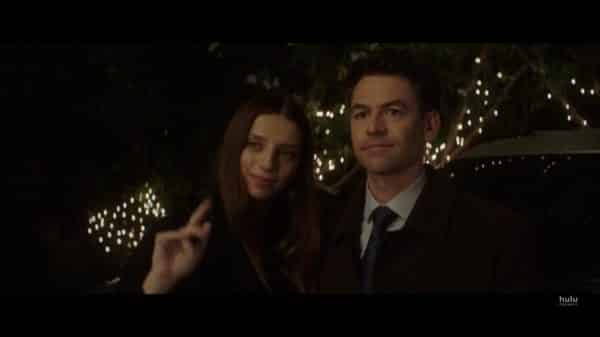 It Damn Near Seemed Worthy Of A Theatrical Release

In many ways, A Nasty Piece of Work has an almost Ready or Not vibe in presenting this fish out of water, Ted, dealing with out of the ordinary circumstances. The kind that tests him, over and over, and pushes you to wonder how will he react, will he survive, and how firm are his convictions? All the while having Gavin, desperate for approval, showing he is willing to go the extra mile and kill for the sake of whatever Steven is willing to offer. And it is between that and the various twists that make you feel that this is one of the few films of the long-running series that could have operated on a larger platform.

Surprisingly, A Nasty Piece of Work will keep you guessing. For just as much as Gavin and Ted are being f***ed with, so are you in a multitude of ways. Making every decision and reveal seem shocking, and you surprisingly not building up a tolerance as things go left repeatedly.

Between Kiwi and Steven, their antics will not have you laugh out loud, but you will find them comical enough to roll your eyes and smile. Kiwi especially since she is the grandest of hot messes you’ll ever watch and Hagan’s performance damn near eclipses all others throughout the movie.

Horror movies, especially the Into The Dark series, are very hit and miss, and Into The Dark has generally felt like the films Blumhouse knew would flop theatrically yet were cheap enough that they figured they could still make some money. Enter Hulu and a long-running series that has not necessarily produced a lot of films that push you to think you need to maintain your subscription to Hulu, especially before it was bundled with Disney+.

However, A Nasty Piece of Work brings Hulu an almost Netflix level film that doesn’t seem like a TV movie but something you could imagine a limited release of. Something that could appeal to horror-comedy fans who don’t mind when things aren’t meant to be taken seriously but should just be seen as fun. All the while not so fun they venture towards feeling camp.

I think this is one of the few horror films I can honestly say I’d want to watch twice, but mostly in the form of watching with someone else to see their reaction.

I genuinely enjoyed this entry in Into The Dark, and I do feel it has greatly raised the expectations for this series. Which a part of me feels it won’t keep up, but even with that thought, I feel the need to enjoy this entry for what it is and definitely push those who like comedies, with a dash of horror, and maybe a thriller vibe, to check this out.

It Damn Near Seemed Worthy Of A Theatrical Release - 90%