Wherever I Look
Recaps, Reviews, and So Much More
Home Movies How It Ends – Recap/ Review (with Spoilers)
Movies

How It Ends – Recap/ Review (with Spoilers)

How It Ends not only doesn’t answer its title’s question but also makes for a terrible online release thanks to its writing, pacing, and maybe even acting.

Table of Contents show
1 Summary
2 Highlights
2.1 Ricki
3 Criticism
3.1 Be It Chemistry or The Writing, Watching Whitaker and James Together Makes For A Horrible Movie
3.2 The Ending
4 On The Fence
4.1 The Sole Heart To Heart
5 Overall: Negative (Skip It)
6 Follow Wherever I Look on Twitter, Like us on Facebook and Subscribe to the YouTube Channel.
6.1 Check Out Other Movie Reviews

In modern times, something happens on the west coast. At first, it seems like it may be an isolated incident. However, as the power grid goes down across the United States, as well as the ability to use anything but old school radio signals, it becomes clear something is wrong. So, in Chicago, Tom decides he is going out west, to Seattle, to save and protect his daughter. She was recently revealed to be pregnant and while he has a son, he feels his son is more than prepared for whatever is happening. Thus leading to him and his future son in law, Will, heading out west.

A rather dangerous journey since desperation makes a lot of people lose their humanity. Leading to the 27-year veteran, Tom, making a lot of choices Will finds hard to accept. Yet, as time goes on, they develop an understanding of what needs to be done to reach their mutual goal. 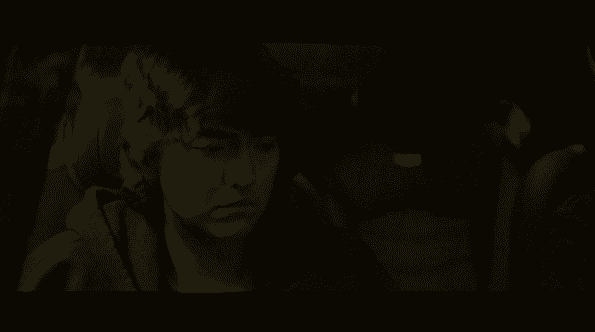 Being that Whitaker is more of an actor than entertainer, and James doesn’t match his abilities, Dove helps to balance these two out. She adds some much-needed personality to the road trip and while her part is by no means large, the period she is in the film will probably be the most enjoyable. Her character Ricki is comical, a little bit of a badass, and while not as heartless as Tom, she isn’t a complete dumbass like Will is either. Making it where, when she decides to abandon those two, the film finds itself dropping in quality almost immediately. For she really helps make the idea of watching these two guys together, for hundreds of miles, not feel like a dry, stereotypical, western.

Be It Chemistry or The Writing, Watching Whitaker and James Together Makes For A Horrible Movie Tom (Forest Whitaker): Whose table do you think you’re sitting at?

As noted, Whitaker and James made a terrible duo in this movie. Whitaker is a great dramatic actor but he has his limits. His characters either are in some form of a calm, reserved, if not depressive state, like in this movie, or they are manic/depressive like in Repentance and The Last King of Scotland

. Which, because James is not of the same caliber as Whitaker, he is neither able to play off him nor compliment him. He is just completely eclipsed.

For when it comes to James, while I will admit, from seeing him in the Divergent series, he does have a certain action hero appeal to him, that doesn’t benefit him much. At least not until near the end when suddenly, without much in the way of training, or us knowing this side to Will, he is whipping the car around like this is Fast and The Furious

, handling a gun with ease, and doing a complete 180 character turn. But, even in those moments, they just seem like alarms to wake you up from the melancholy state this film puts you in.

All we get is theories when it comes to the ending. Of which, the best one is presented by Jeremiah of there being a coordinated attack which knocked out the power grid, caused a tsunami, maybe earthquakes, and seemingly has disturbed the peace of local volcanoes. Though it seems a bit much, considering Jeremiah studied war game simulations, because he apparently is a software engineer for the government or some military focused entity, it makes sense. Much more than a simple earthquake causing all this.

But, with the theory being played down, you’re left wondering what is the truth? A question not answered because, there is no real communication about what is going on. There is no internet, no cell service, landlines seemingly don’t work, and only short-wave radio signals can get out. So, all we know is that Seattle pretty much is decimated and, what caused it to be destroyed, it’s still in effect and causing other issues. Like volcanos erupting.

The Sole Heart To Heart 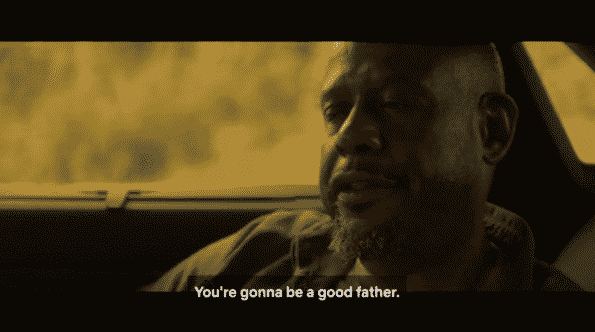 Being that Tom doesn’t like Will, since he blames him for sinking a boat he restored over 6 years ago, that Will always brings up, they barely talk during the trip from Chicago to Seattle. In fact, before and during Ricki’s time with them, they don’t even bond. It’s not until an hour and ten minutes in they have a real conversation. One in which Tom talks about his father, brings up Will’s, and it seems, if they survive, they may become close. But, the fact you have to wait for that damn long to see any form of chemistry between these two, to enjoy them being the consistent faces of the movie, is a damn shame.

Outside of when Dove is on screen, the only thing interesting about this film is the car crashes. As for how the characters interact, Sam and Will’s relationship, the aftermath of whatever happened on the west coast? There isn’t much to really enjoy. You get a few action scenes which may wake you up but the temptation to just stop watching, thumb this down, and move on will be high.

Hence the negative label for between the writing and acting, this movie is too long to not have a good hook early on. And while Dove alleviates some of the film’s problems, it isn’t like she has some Tiffany Haddish in Girls Trip role or Melissa McCarthy in Bridesmaids

role. She’s like a tourniquet for a limb you already know will have to be amputated. All she does is stop the bleeding for a little while.

It’s a shame where our critics are so spoiled that if they can’t get certain things delivered by a Uber driver then the flick isn’t worth seeing. This movie allows the views to be apart of the wifi and cellular withdrawals actually feeling the loss of signal. Guess what critics, the feeling of uneasiness is because the movie delivered. From a dad who is a retired marine who didn’t gear up in his stored go bag with his BDUs. He brought what he needed knowing that this movie was using common sense basic knowledge. Will, not having any real life experiences yet, since he basically just started a new career as an attorney wanted to show his future father in law he was up to any task that would show a positive result going with him. Unless you are living the rural life as a good portion of the population does, the trek across the US on a normal week can be dangerous and I can only imagine those who are geared up for WW3 can’t wait to fire up the GMC 2500 extra crewcab with a 50cal mounted in the bed. Many of what they experienced during the road trip I can see happen when people oe panic and rumors start. The Red. Girl was ok, but for a girl acting so tough, “I’ve been on my own since I was born” was more of a moral wreck then both guys combined. About Seattle and what happened, looks like a super volcano incident, including the pryoclastic cloud. Now will crossed 2000 miles to get his girl and unborn son, and the do called software engineer is the guy who Trump identified is the guy in the basement in his underwear on the internet doing who knows what .This guy fits that to a T. If he was some kind of G man he wouldn’t be sporting a wheel gun without a holster. He was a basement freak who thought he would be getting it on with Will’s girl. Will kind of destroyed psycho man’s plans showing up and banging his chick in the guys own home. With ash coming down like a fall snowstorm most of us with education in 6th grade volcanology realized this was a natural occurrence. Will had to kill or be killed, that was it. Didn’t matter the guy needed to die. So at the end there being chased by the cloud of death, also you can see what’s in the cloud, fire and what looks like lava and ash rolling. The only really hammy part was the end when they were pulling away from the ash cloud But Will deserved something in the 90 minute race to what, die hell no. So as they looked at each other at the end as I thought well someone in 10,000 years will dig up there jeep pompeo with the two of them locked together kissing each other. Nope, God shined his smile on them as they out ran the death cloud. So critic, unless they spend 10 million at lucas studios in visual effects of brimstone and s massive crack in the earth itself movies like these aren’t worth it. I strongly disagree.