Wherever I Look
Recaps, Reviews, and So Much More
Home Movies Holiday Rush (2019) – Review, Summary (with Spoilers)
Movies

Holiday Rush just as much will get you into the holiday mood, as it may push you to recognize the people who helped you make it to the end of the year.

For a little more than five years, Roxy and Rush have worked together, and on their journey, they made Rush, real name Rashon, the #1 morning DJ in New York City. However, thanks to a buyout and reorganization, Rush is facing unemployment and 4 spoiled kids upset they won’t be getting a lavish Christmas. But, luckily for Rush, Roxy isn’t the type to take a blow and be out for the count. So she decides to, alongside Rush and his aunt Josephine, to buy the old station she and him used to work at.

Though what film is without a villain? In Holiday Rush’s case, that’s Ms. Jocelyn Hawkins of the new owners, Camfort Communications, who wants to make sure Rush fails to launch by any means necessary. Not due to anything personal, mind you, but just because it is business. 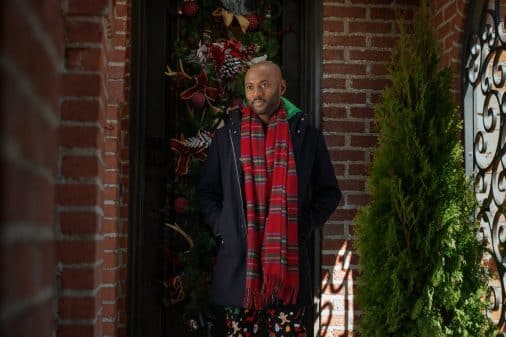 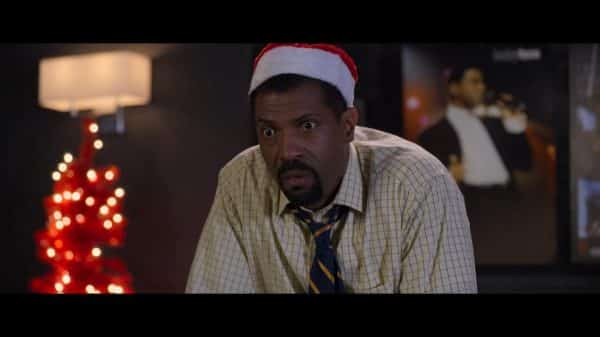 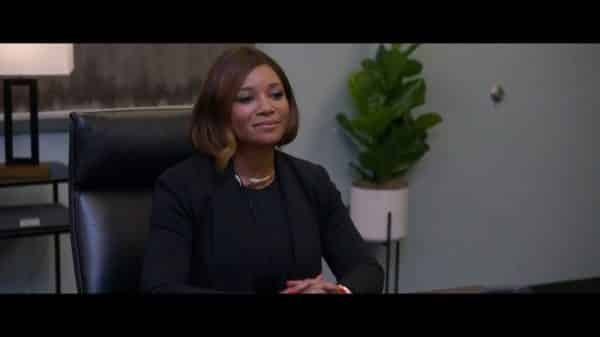 This is a short term loss for a long term gain.
— Roxy

Let me tell you how great the chemistry is between Malco and Martin-Green – they could have probably ended up friends, and you’d be just as happy as them ending up in a relationship. Because there is this vibe there that, unlike most films, when it said they were friends before something more, in Holiday Rush, that feels true. For there is just something about their dynamic that makes you want to check IMDB to see if Malco and Martin-Green worked together before since things seemed way too natural for this to be their first time together.

I’d even add that Martin-Green definitely pushed the idea she needs to be in a romance film. I’m talking of the ilk of classics like Love Jones or even something like The Best Man.

While The Kids Can Be A Bit Annoying, You Understand Why

With the kids very materialistic, they come off annoying quickly. Especially since, in the beginning, there isn’t any redeeming value as you see the twins, Evie and Gabby, ask for miniature horses or watch as Mya speaks for her father to some people working construction. Yet, as time goes on, you realize a lot of it deals with Rush.

Due to his wife, Paula, dying, he tried to overcompensate. Not by spending more time with his kids but buying them distractions. And while that made many of them bratty, you could spin things. Take note, Mya could come off as spoiled, but considering the respect she commands and her ability to negotiate, if not just attempt it, you recognize that she might be spoiled, but she is also privileged – in a good way.

Then with Rush’s oldest Jamal, unlike his sisters, he got to really know his mom Paula, got to experience Rush’s come up, and with that comes a whole different perspective. So him experiencing Rush’s rise and fall, of course, is going to make him a bit messed up in the brain. Making his attitude, and the others, as a whole, understandable.

To A Certain Point, You Understand Why Ms. Jocelyn “Joss” Is How She Is

Certain things aren’t said but are definitely coded. Take Joss and how she handles her subordinates. There is this almost overseer on the plantation vibe about her and Marshall, Roxy’s former boss, he the yesum who isn’t trying to get in trouble. Yet, as Rush seems to be making it without CamCom and having the ability to flourish, you see her humbled and realizing that no matter how hard she works, all it will take is one thing for her to be a failure to them.

Then with Marshall, with being middle management, even if his job has a good amount of Black people, you get this vibe he knows things are shaky, and his position isn’t safe. Maybe not because he isn’t good at his job but because he is expendable. And with that comes a whole lot of fear, especially if you Black, and makes you real palatable to the point some will sell out their own to save their necks. Not because it is personal but because they know it is hard out here even if you got a degree and experience. So add on being a Black person? Especially one like Marshall who isn’t the best at code-switching? That’s dangerous.

Bringing it all together, what you have to love about Holiday Rush is just how Black it is. From Roxy’s protective style to Mya’s headwrap, from the music to how Rush talks, this film presents itself as something that can be for everyone but leans and winks at the audience to let them know “This is for us.”

It just met expectations. To be honest, I was expecting it to be funnier, maybe more heartfelt, considering Rush was a widow, but instead, it was just okay. Not bad, not particularly good, but okay.

Holiday Rush feels like the kind of movie you like, but will forget about by this time next year. Leading to you saying, as you’re scrolling through Netflix, “When did I watch that?” Followed by, “Oh, I remember this!” Which I say because it is good enough, but by no means exemplary. It’s just something to watch since, unless you have OWN, or want to rewatch the classics, there aren’t a whole lot of new Black holiday movies this year.

While The Kids Can Be A Bit Annoying, You Understand Why - 84%

To A Certain Point, You Understand Why Ms. Jocelyn “Joss” Is How She Is - 83%